The upcoming March 2021 Israeli elections are quite unusual in a number of ways. The first is the fact that these will be the fourth round of Israeli elections in just two years. It is not unusual for Israeli coalition governments to hold elections before their official term is ended. In fact it is quite common for the ruling party to call elections, forgoing some remaining months in office, when and if it estimates a good chance of winning the majority needed for a new, perhaps more convenient coalition.

Arguably that is what Netanyahu is doing now, and has done three times before in the past two years. Attempting to exploit the Trump engineered Israeli agreements with four Arab states (UAE, Bahrain, Sudan and Morocco) and, also, his early purchase of anti-corona vaccines and successful inoculation campaign.

More to the point, however, Netanyahu engineered new elections, primarily by refusing to agree to a new budget, in order to take advantage of the decline of his main rivals, the Blue and White Party. The only party that threatened to unseat the Likud in past elections, namely Benny Gantz’ Blue and White Party, had run on an anti-Bibi platform only to join Netanyahu’s government after the March 2020 elections.

This abandonment of his electorate has left Gantz with a fractured party and only an estimated 4 seats in the next elections (down from 33 in the March 2020 elections). With such polling statistics, Netanyahu apparently saw an opportunity to defeat his former rival and enjoy the possibility of creating a more amenable coalition.

The second difference between the upcoming elections and previous ones is the large number of parties planning to run. Multiple parties, even as many as forty parties running, has often been a phenomenon of Israeli elections. The difference this time, however, is that these are not small, ad hoc parties, for example, promoting legalization of marijuana or protecting old people’s rights – parties that usually do not pass the minimum requirement of 2.5 % of the total vote needed to enter the Knesset.

This time the parties are led by well-known, even important figures who may well gain as much as 36 total seats or even more. Some are led by leading figures who left Blue and White, for example, Yair Lapid who has his own popular party, or the popular mayor of Tel Aviv, Ron Huldai.

Others are Likud deserters, led by Gideon Saar who offers an anti-Bibi alternative almost no different in content from the Likud leader, Netanyahu. In addition, parties to the right of the Likud but claiming to also be “anti-Bibi,” are rising in the polls despite, or perhaps because of, their extreme right positions.

These and other small parties in the center or on the left, namely Meretz and the remnants of the once powerful Labor Party, are expected to join forces, somehow, for the elections. The mergers and partnerships have yet to become known, but polls at present show a clear possibility for Netanyahu to form a new coalition of 60 plus members of the Knesset to be elected in March 2021.

Moreover, the natural partners of some of these left, or center-left parties, for example, the Joint List of Arab parties, have actually fallen apart. A leading member of one of the Joint List components, Mansour Abbas of the Ra’am (Islamist) Party, appeared to be responding positively to advances by the Likud. The resultant internal debate within the combined Joint List led to a collapse of the joint ticket.

One of Netanyahu’s totally new, but highly suspect, tactics has been to woo the Arab vote. He has recently visited Arab towns. Nonetheless, it may be doubtful that this will succeed, given Netanyahu’s blatant anti-Arab statements in the past, such as urging his voters to come out in the March 2015 elections by claiming that “the Arabs are coming to the polls in drove.”

Still, Netanyahu is talking peace and unity, even as it is clear that he does not consider the Arab parties legitimate partners for a coalition led by the Likud. This kind of language is directed also at the center vote, abandoned by Blue and White, but that too may fall on deaf ears. Actually, it is not clear that any of the other parties, with the exception of Meretz and maybe Labor, would be willing to lead a coalition dependent upon the Arab list. Of course, neither Meretz nor Labor will be in a position to create a ruling coalition; they may not even pass the minimum threshold for the Knesset.

Labor has a new leader, Merav Michaeli, who was the party’s sole member of Knesset once her colleagues joined the Netanyahu government in 2020. At present Labor would barely pass the threshold, with only four seats, according to the polls prior to Michaeli’s election to head Labor. But the more likely alliance for Labor may be Tel Aviv Mayor Huldai’s party which is viewed as more centrist than Meretz.

Meretz attracted a sizeable vote from Arabs in some of the recent elections and even briefly flirted with the idea of becoming a genuinely Jewish-Arab party. Today it has two Arabs in the first five slots on its list for the Knesset. Nonetheless, it is battling to keep its base from voting for the liberal Huldai, or a revived Labor Party under the new, fresh leadership of Michaeli.

On the right, alliance calculations will be augmented by Likud’s natural partners, the ultra-religious parties that usually garner, together, as much as 15-18 seats. And the far right parties, including the former religious party, Yamina, under Naftali Bennet, are also eating into each other’s electorates as well as attracting some of Netanyahu’s base. Of course, today’s polls may not be an accurate indication of the March results. The public does appear to remain generally right-wing or center right; there is almost no left.

More to the point, there does not appear to be a realistic rival to Netanyahu, despite the fact that many of the parties challenging the Likud, from the center to the extreme right, could also be termed “just not Bibi” parties. The demonstrations against Netanyahu that have been going on for several months have, in fact, drawn quite varied crowds, mainly of young people. Yet, there is no indication that they could work together to form a coalition sufficiently strong to stand for long without the Likud.

The Israeli political scene is totally fractured in a way the country has not seen before. The most salient characteristic is not just the opposition to Netanyahu’s continued rule, but, rather, the absence of any realistic alternative leader.

Huldai, Lapid and Gideon Saar are all popular, and the ultra-orthodox as well as the Arabs have their natural electorates. But there is no party, and no leader, capable of attracting the relatively massive support that Gantz, and his fellow ex-chiefs of staff in Blue and White, attracted in the past elections.

Moreover, all these parties – including the remnants of Blue and White – may well dilute each other’s potential electorate, leaving the way open to another right wing, Netanyahu led coalition, joined, possibly by the extreme right and the ultra-orthodox.

Indeed, by turning a blind eye to the fact that the ultra-orthodox are ignoring the Covid restrictions, Netanyahu seems to be going out of his way to court these traditional allies of his. At this point in time, it looks like Netanyahu will once again have enough parties close enough to him to form a coalition.

This may not be the rosiest prospect for those who hope for a breakthrough for peace, but peace is no longer an issue in Israeli elections. While the right wing may speak of more settlements and annexation, election content focuses on poor management of the pandemic, the related economic crisis and, to a lesser extent, corruption (subject to the conclusion of Netanyahu’s trial, now postponed).

Netanyahu has answers for many of these issues, including, especially, the successful inoculation campaign. He may even be able to benefit from revived anti-Iran rhetoric if the Biden administration decides to rejoin the Iran nuclear agreement or lift sanctions on Iran.

There may be fine points and unexpected alliances, but it seems fairly certain that the government elected in March 2021 will not differ much from the government Israel has now and has had for many years. That’s where the electorate has been for some time, and apparently remains, still. 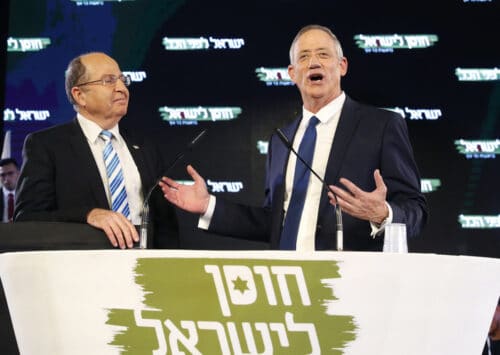 Interest in Israeli Elections Heat Up as New Candidates Emerge
So far, this speculation is undermining discussion about the real issues facing Israelis today: the occupation, emerging... 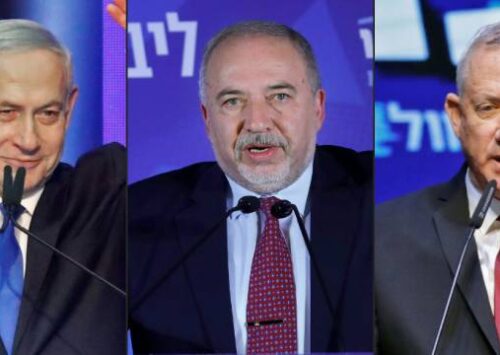 In Israel, Still No Government after Election Rerun
The deciding factor may well be whether Netanyahu is indicted on one or more of the charges against him. While many of h... 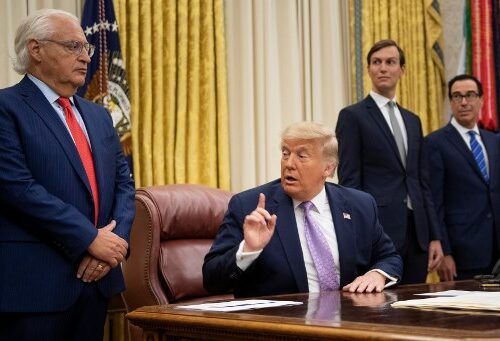 In Israel, The Loss of the Friend of the Right-Wing Elements
The Trump administration abandoned past official US objections to the building of Jewish settlements in the West Bank, a...