Attempts to restart the Oslo Process failed. In July 2000, in a last bid to reach a comprehensive deal before leaving office, American President Bill Clinton organized a summit meeting in Camp David between Israel’s Prime Minister Ehud Barak and Palestinian President Yasser Arafat. The negotiations – ill prepared and under pressure – failed to produce results, the maximum Israel had to offer (again) not meeting the minimum the Palestinians demanded.

Informal talks in Taba (Egypt) in January 2001, came too late to have an effect. The focus of American political initiatives towards Israel and the Palestinians shifted to conflict management. In April 2003, the so-called Quartet (United States, European Union, Russian Federation, and the United Nations) launched the Road Map to Peace in the Middle East, a three-phased plan. In phase I, the Palestinians would end all acts of violence and disarm groups involved in it. Israel would freeze the construction in the Jewish settlements in the West Bank and in Gaza. During phase II an international conference would be organized and a Palestinian state ‘with provisional borders’ would be created. In phase III, the negotiations over final status issues (borders, Jerusalem, settlements, refugees) would start. These negotiations should be concluded before the end of 2005. 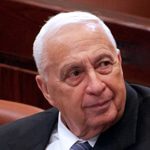 Nothing came of it, all the more since from September 2000 another Intifada raged through the West Bank and the Gaza Strip, leading to an escalation of violence. This Second Intifada, also known as the Aqsa Intifada, erupted after a provocative visit by Israeli opposition leader Ariel Sharon to the Haram al-Sharif (called the Temple Mount by Jews) in Jerusalem, one of the holy places of Islam. This visit was followed by furious Palestinian demonstrations near the Aqsa Mosque, in which four young Palestinians were killed by Israeli security forces and dozens of demonstrators were wounded. Eventually, about 4,700 Palestinians (more than half of them civilians) and 1,000 Israelis (two-third of them civilians) lost their lives in this renewed uprising.