Fanack Home / Israel / Past to Present / The blind ally

At the end of 2010, seventeen years after Israel and the PLO signed the Declaration of Principles, and eleven years after the Final Status Negotiations should have been concluded, the negotiations between the parties seem to have come to a standstill. No progress whatsoever has been made, and the situation on the ground has worsened. Israeli and Palestinian negotiators held talks with the American special envoy George Mitchell, who acted as intermediary. However, mediatory efforts led to nothing and on 13 May 2011, Mitchell resigned as special envoy. 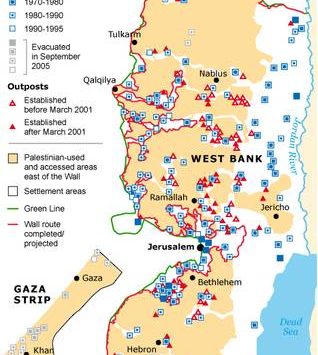 Israeli Settlements
The Israeli communities established in territories that Israel occupied during the 1967 June War are called settlements. Most are located in the West Bank in Palestine, including East Jerusalem, annexed by Israel in the same year.... 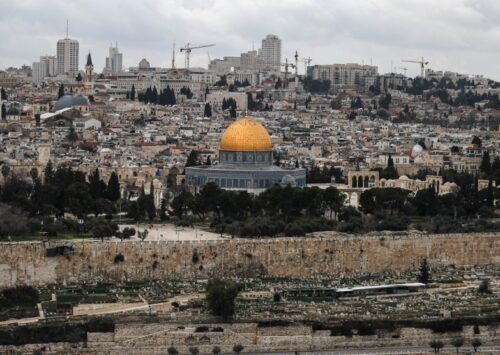 Jerusalem
In 1947, the United Nations Partition Plan provided for an international status for the city of Jerusalem and its vicinity, that was to become a Corpus Separatum under international control. 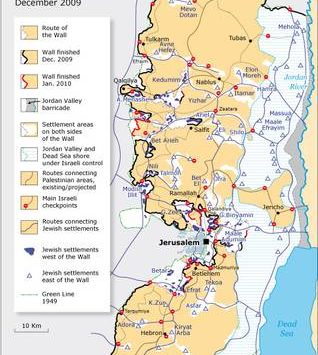 The Wall
According to a report of the UN Secretary-General of 6 November 2009 the Wall had, at that time, been extended by approximately 200 kilometres since the advisory opinion of the ICJ was issued, with 58 percent of the planned (709 k... 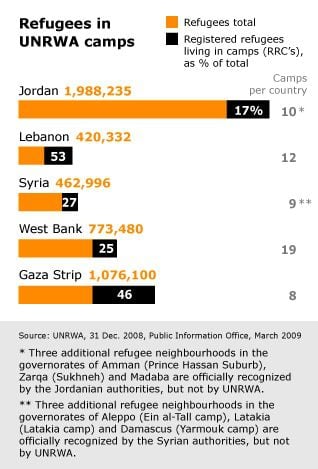 The Israeli stance
The Israeli government has frequently reiterated the stance taken after its creation in 1948, namely that 'UN Resolution 194, like all other resolutions of the UN, is not binding and that there is no basis in international law for...