The defeat of 1967 brought about a huge shock in the Arab world. Deep feelings of humiliation explain why on 1 September 1967, at the following summit of the League of Arab States in Khartoum (Sudan), a resolution was passed in which the member states declared three No’s: no peace with Israel, no recognition of Israel, no negotiations with Israel (see for more in depth information June War of 1967 in Arab-Israeli Negotiations).

At the beginning of 1969, the June War ultimately lead to a take-over of the PLO from within by the Palestinian member organizations, which had lost confidence in the policies of the Arab states with regard to Israel after the 1967 defeat. As a result, the PLO could now be regarded as the true representative of the Palestinian people, with autonomy of decision. Yasser Arafat, the leader of Fatah, became its new chairman. 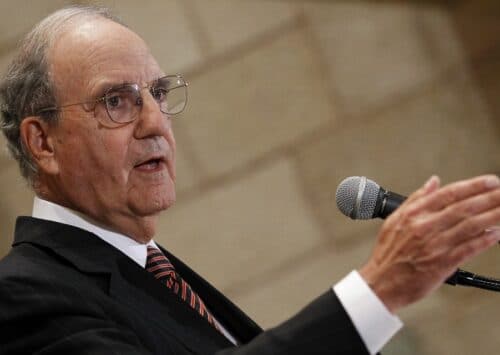 The blind ally
Israeli and Palestinian negotiators held talks with the American special envoy George Mitchell, who acted as intermediar...