Saddam Hussein’s invasion of Kuwait in August 1990 sparked the final major crisis of King Hussein’s reign. During the 1980s Jordan had developed intimate commercial and political ties with Iraq. The invasion prompted UN trade sanctions on Baghdad, and Washington and its Gulf allies set about creating a military coalition to liberate Kuwait. Jordan was close to both sides, though the sanctions threatened its economy. Jordanians, however, particularly the Palestinian majority, strongly backed Iraq. King Hussein tried to steer a middle course, offering himself as a mediator. Although not recognizing Iraq’s purported annexation of Kuwait, he declined to condemn Baghdad by name or join the anti-Iraq coalition, and he dragged his feet on the implementation of sanctions against Iraq. For Washington and Kuwait, this was unacceptable.

In retaliation for Amman’s perceived pro-Iraqi stance, up to 400,000 Jordanians of Palestinian origin who had lived and worked in Kuwait were expelled after the conflict, thereby eliminating a crucial flow of remittances. The UN sanctions closed the vital Iraqi petroleum market and forced Jordan to buy oil elsewhere, on harsher financial terms. Aid from the US and the Gulf declined. Jordan’s Central Bank estimated that, in 1990 alone, the Kuwait crisis cost the kingdom USD 1.5 billion, equivalent to 35 percent of its 1989 GDP. Starting in 1992, Jordan distanced itself from Iraq, but only with its peace treaty with Israel in 1994 did Amman manage to rehabilitate itself in US eyes; a rapprochement with the Gulf States was not achieved until the late 1990s. 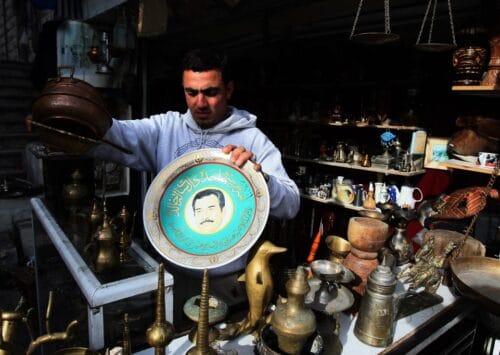 The Invasion of Iraq
The 2003 invasion of Iraq posed a severe dilemma for King Abdullah. He came under intense pressure from his key Western ...