Jordan insists that its open-door refugee policy has not changed, but in fact its border with Syria is closed. More than 100,000 Syrian refugees are now believed to be stranded in the Rakban camp in the no-man’s land between the two countries, unable to enter the kingdom for security reasons.

Minister of State for Media Affairs Mohammad Momani told the press in January 2016 that Jordan’s intelligence suggests there are Islamic State (IS) sympathizers and even members of the extremist group among the refugees.

In an interview with CNN the same month, Jordan’s King Abdullah said that the refugees had come from the northern Syrian cities of Raqqa, Hasaka and Deir ez-Zor, IS’s heartland. “We know there are [IS] members inside those camps,” he said. Yet at the time the Jordanian authorities were still admitting 50-100 refugees a day after vetting them.

On 21 June 2016, however, Jordan declared the northern and north-eastern border area a closed military zone after a suicide bomber blew up a military post near the camp, killing seven troops and injuring 13 others. A few days later, IS claimed responsibility for the deadly attack.

Relief agencies and Syrian activists say that conditions near the border are dire, with severe shortages of medicines, drinking water and food. One activist, speaking on condition of anonymity, told Fanack that some refugees had returned to their homes rather than face the “harsh life they saw in the desert camp”.

As part of a deal to help refugees in the area, Jordan agreed on 13 July 2016 to allow food and water across the border, although the aid delivery was “only for ten days, until the UN finds an alternative way” to carry out the humanitarian mission, an official source said.

A week after the deal was announced, a UN official based in Jordan told Fanack that UN representatives and Jordanian officials had agreed a more permanent solution. Aid would be delivered one day a month but in amounts sufficient to cover the needs of families for an entire month.

The same day, Médecins Sans Frontières (MSF) issued a statement in which it called for the medical evacuation of war-wounded Syrians across the closed northern border. MSF said that since the closure of the border on 21 June , 2016 it has not seen any war-wounded Syrians in Ramtha government hospital, which has a facility set up to treat the large numbers of wounded. However, Chairman of the Joint Chiefs-of-Staff, General Mashal al-Zaben, said the security of Jordan and its people is a red line and that the northern and north-eastern border areas will remain closed military zones that no one will be allowed to cross.

He added that the Syrian refugee crisis is a global problem that requires increased efforts by the international community to deal with in a way that protects the security of neighbouring countries.

It is a sentiment echoed by Minister Momani, who said that the world must shoulder its responsibility towards Syrian refugees as Jordan has been doing. “What Jordan has done for Syrians no other country has done,” he told Fanack. According to a national census in 2015, Jordan hosts around 1.3 million Syrians (of whom 657,000 are registered with UNHCR), the direct cost of which for the period 2011 to 2016 is estimated at $7.1 billion. 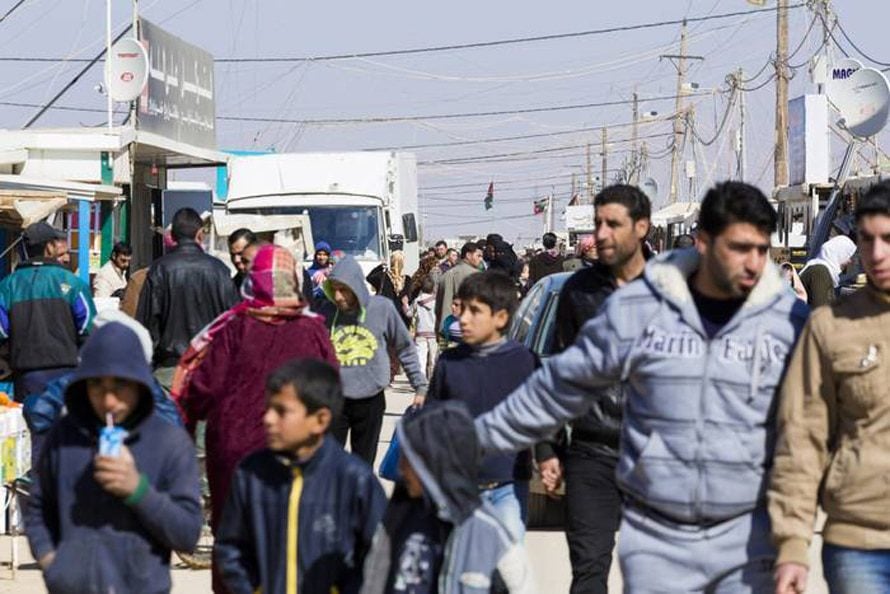 The Burden of Refugees
An official UN study estimates the cost of hosting Syrian refugees in Jordan in 2013 and 2014 at 5.3 billion USD, noting...