Amid the revolutionary fervour sweeping the Arab world, Jordan has gone largely unnoticed. This is despite the country going through the longest public sector strike in its recent history, disrupting schooling for more than 1.5 million students.

On 8 September 2019, most of the 87,000 teachers from the public education sector went on strike, their demands centring around their low salaries. Teachers earn on average $630 a month, slightly above the  poverty line established by the government in 2010 of $515 for a family of five.

The Jordan Teachers’ Syndicate (JTS) announced the strike after the authorities used tear gas to disperse thousands of teachers who had gathered near the government headquarters on 5 September to protest against their working conditions.

A month later, on 6 October, the government eventually reached a pay deal with the union to end the strike. Previously, the authorities had taken legal steps against the JTS as the latter refused the first pay raise proposal, calling it ‘bread crumbs’. However, the government feared that increased social tensions would deepen the political crisis.

The kingdom has long been perceived as an island of relative stability in a volatile region, but it has seen seven governments come and go in the past five years. Just this month, on 7 November, 11 new ministers were sworn in, marking the fourth cabinet reshuffle in two years. The changes are aimed at countering growing frustration over the high cost of living and lack of job opportunities.

According to officials, King Abdullah ordered the government to reach a deal in what has been perceived as a test for Prime Minister Omar al-Razzaz’s efforts to implement the International Monetary Fund (IMF) reforms aimed at bringing down the country’s $40 billion public debt.

Following the agreement, Nasser al-Nawasrah, deputy head of the JTS, called on his organization’s 100,000 members to resume teaching in around 4,000 state schools that had been affected by the strike.

According to the  Jordan Times, the JTS received a letter from the government on 5 October, World Teachers’ Day. In addition to praising the work of teachers, the prime minister expressed the cabinet’s ‘regret for any act that might have affected the teachers’ dignity, pledging to take action once the results of the investigation and the National Centre for Human Rights report are out’, a reference to the use of violence during the protest on 5 September.

The Public Security Department denies the allegations of violence, although it confirmed the detention of 50 teachers during the demonstration.

The government’s delay in reaching a deal stemmed from its concern about a chain reaction spreading to other public sector employees that would torpedo the implementation of economic reforms.

In what al-Nawasrah called a “historical agreement”, the new deal with the syndicate proposes a wage hike of 35-75 per cent depending on a teacher’s rank. Dozens of activists from the JTS celebrated their victory in front of their headquarters in the capital Amman.

Although the strike appears to be resolved, it revealed deep-rooted anger within Jordanian society that goes far beyond the education sector. Even in the kingdom’s rural areas or smaller cities, where the population is traditionally supportive of the monarchy, people protested against the successive governments’ failure to deliver on promises of economic growth and better living conditions. The strike echoed 2018’s widespread demonstrations against IMF austerity measures, high taxes and endemic corruption.

According to al-Jazeera, economists and experts perceived the strike as a sign of disenchantment with inequalities in an inflated public sector resulting from successive governments’ desire to assuage the population’s concerns and ensure stability through state job appointments. According to the IMF, salaries and pensions now absorb much of Jordan’s budget, resulting in the country having one of the world’s highest state expenditures relative to its economy.

Despite a high level of education, Jordan also has one of the highest youth unemployment rates in the world, at around 40 per cent.  According to the state minister and government spokesperson Joumana Ghunaimat, “It is the biggest challenge facing Jordan today, and the size of the issue has gotten bigger.”

An article in The Guardian newspaper outlines that Jordan shares differences and similarities with its oil-rich neighbours. On the one hand, it lacks their reserves and mainly relies on international investments, which have drastically decreased in the past years given the conflicts in Syria and Iraq as well as the arrival in Jordan of more than 1 million refugees, putting additional strain on public resources and services.

On the other hand, the kingdom is hostage to the same type of social contract as its oil-producing neighbours. Jordan has relied for decades on a tacit agreement with the population in what has been described as an ‘authoritarian bargain’. Those in power provide jobs to the population in exchange for fewer claims around their ways of exerting power. However, this social contract is splintering with the surge in the youth demographic, leading to an increase in the demand for jobs and services in a context of economic crisis.

In an interview with The Guardian, Patrick Daru, a senior specialist in Arab states at the International Labour Organization, stated, “It is now a question of redefining the social contract, redefining the role of the state as a guarantor of social justice.”

It should also be noted that in the wake of the agreement between the JTS and the government, 7,000 employees of UNWRA, the United Nations agency for Palestinian refugees, in Jordan held a one-day strike on 3 November to protest against their low pay. An agreement was reached the following day between the agency and the UNRWA Jordan Field Staff Union, including that salaries reflect recent increases for public school teachers in Jordan. The agreement also requires the agency to conduct an immediate survey to evaluate how the recent wage increase in Jordan will affect salaries in UNRWA. 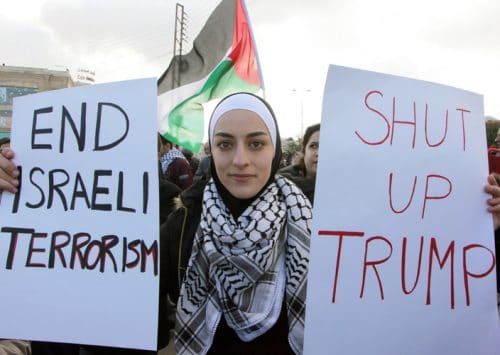