Fanack Home / Jordan / Past to Present / The Arab Spring

Jordan has not been immune from the wave of pro-democracy agitation that swept the Arab world beginning in early 2011. Particularly active in the protest movement, which started in mid-January 2011, have been the Islamic Action Front (IAF, the political wing of the Jordanian Muslim Brotherhood), the trade unions, and leftist and Arab nationalist groups. The pattern has been for protesters to gather on Fridays, after attending mosques. Often, the demonstrators have been confronted by counter-protests by regime supporters. Amman has been the major focus, but protests have also been staged elsewhere in the kingdom. The demonstrators’ demands have been a combination of political reforms and measures to reduce unemployment, stem rapid rises in living costs, and tackle corruption.

An early demand was the sacking of the government of Samir Rifai, who had been appointed premier in December 2009. The King responded on 1 February 2011 by dismissing Rifai and appointing in his place Marouf al-Bakhit, a retired army officer who had served as Prime Minister in 2005-2007. Although al-Bakhit was charged with carrying out political and social reforms, his appointment failed to quell the unrest. One of the largest demonstrations, involving up to ten thousand people, was mounted in Amman on 25 February 2011. The following month five hundred protesters set up a permanent camp in Gamal Abdel Nasser Circle, a major traffic hub in Amman. On 25 March the roundabout was the scene of violent clashes between protesters and government supporters, in which one person died and about a hundred were injured. Another particularly violent clash occurred on 15 July, when baton-wielding police intervened to stop clashes between pro- and anti-government demonstrators in central Amman. At least seventeen people were injured, nine of them journalists, prompting allegations that the police had deliberately targeted reporters. A day later, it was announced that four police officers had been arrested.

In April 2011 the King appointed a panel of elder statesmen, the Royal Committee on Constitutional Review, to prepare a reform program. On 14 August they submitted a list of 42 proposals that would marginally strengthen Parliament, restrain the monarch’s influence, and enhance civil liberties. The proposals were welcomed by the King. Critics, however, insisted that the reforms did not go far enough, especially because they did nothing to weaken the kingdom’s powerful security establishment.

While the reforms that were approved in July 2012 (the new electoral law) and September 2012 partially met the demands of protesters, protests continued throughout the country. While the regime framed its reforms in a process towards a more democratic system, reforms did not go far enough in the eyes of the opposition.

A significant change of mood in Jordan occurred after the new Prime Minister Abdullah al-Nsour announced the removal of subsidies on commodities like fuel and gas, resulting in prices hikes that would affect the already impoverished part of the population. Immediately after the announcement, vast protests throughout Jordan erupted, chief among which mass rallies held in Amman. For the first time, protesters openly criticized the King and some called for his overthrow. Protests were met by violence used by riot police, while protesters blocked roads and set fire to government buildings. Hundreds were arrested and at least 107, including 9 children, were referred to state security courts on charges including ‘subverting the system of government’ and ‘participation in unlawful gatherings’, according to Human Rights Watch. After a few days, protests subsided, without leading to any change. Prime Minister al-Nsour has refused to cancel the removal of subsidies; he had no option to do so, in the face of a USD 2.1 billion loan, which requires austerity measures and subsidy cuts. As a result, the regime is increasingly less able to maintain its system of buying support of loyalists, i.e. East Bankers.

The outcome of the elections of 23 January 2013, boycotted by the Muslim Brotherhood and its political wing Islamic Action Front (IAF), was framed as a victory for the regime. In addition to a relatively high turnout (56.5 percent), pro-government candidates again won the majority of seats. However, with an electoral law that continued to disappoint the opposition, the role of political parties and opposition candidates was not strengthened. This is in contrast to the King’s stated aim of moving towards a parliamentary government.

Amid continuing protests for more meaningful reforms, the Jordanian regime has favoured continuity and repression over reforms demanded by the opposition. At the same time, King Abdullah, a major US ally in the region, is under pressure from the United States to preserve the status quo; the US government regards Jordan a safe zone within a region of unrest. Any increased role for the Jordanian opposition (of which the Islamists are most organized) would jeopardize Jordan’s peace treaty with Israel and its historic cooperation with the US military. April 2013, the US government sent 200 army planners to Jordan to prevent a spillover of violence into Jordan. The opposition in Jordan has rejected the presence of US troops and criticized the position of the Jordanian government towards the United States. They fear that Jordan might be used as platform for a US intervention against Syria. Finally, the heavy burden of the growing number of Syrian refugees in Jordan highlights the financial dependence on foreign aid: US President Barack Obama pledged an additional 200 million USD in aid to the Jordanian government. As of May 2013, UNHCR had registered 399,765 Syrian refugees in Jordan. 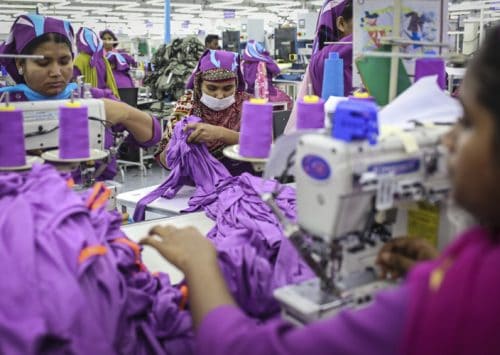 Jordan’s Economy Struggles Amid Regional Unrest
Jordan is an upper-middle-income country. Its major industries include mining, textiles and clothing production, and tou...