Jordan has been member of the OIC since 1969, Only one of the 8 fundamental ILO conventions has not been ratified, being the convention on freedom of association (C087).

Jordan is not party to the 1951 Convention, nor its Protocol.

The Convention on the Elimination of All Forms of Discrimination against Women – also called CEDAW, was approved during the General Assembly Session on 18 December, 1979 and entered into force on 3 September 1981.

Jordan signed the Convention on December 3, 1980 and ratified it on July 1, 1992. Countries that have ratified or acceded CEDAW are legally bound to put its provisions into practice, and thereby agree to submit national reports on measures taken to comply with its obligations. Such reports are to be compiled at least every four years.

Reservations made by Jordan claim it does not consider itself bound by Article 9 (2), concerning children’s nationality; Article 15 (4), listing equality of freedom of movement; Article 16 (1c), prescribing women the same rights and responsibilities during marriage and at its dissolution; and Article 16 (1d) regarding same parental rights regardless of marital status, and 16 (1g) prescribing husband and wife to have the same personal rights including choice of name and occupation.

The Convention on the Rights of Persons with Disabilities was approved during the General Assembly session on December 13, 2006 and came into force on May 3, 2008. Simultaneously, the Optional Protocol was approved, giving the Committee on the Rights of Persons with Disabilities (CRPD) competence to examine individual complaints with regard to alleged violations by States parties to the Protocol. The CRPD is the body of independent experts that monitors implementation of the Convention. Jordan signed the Convention on March 30, 2007 simultaneous to signing the Optional Protocol, and ratified the Convention a year later on March 31, 2008.

The Convention against Torture and Other Cruel, Inhuman, or Degrading Treatment or Punishment, also referred to as just the Convention against Torture, was adopted during the General Assembly session on December 10, 1984. On June 26, 1987 it was registered and thereby came into force. Its implementation is monitored by the Committee Against Torture (CAT), composed of ten individuals of various nationalities. All signatory states are obliged to send regular reports to the CAT, based on which recommendations are made. Jordan confirmed its accession to the Convention on 13 November 1991 with no reservations.

The International Convention on the Protection of the Rights of All Migrant Workers and Members of their Families was approved by the General Assembly on December 18, 1990 and entered into force on July 1, 2003. Jordan is not party to the Convention.

Jordan acceded to the Convention on 30 May 1974 with no reservations.

Through “accession” a state accepts the offer or the opportunity to become a party to a treaty, which has already negotiated and signed by other states. It has the same legal effect as ratification.

Although Jordan improved press freedoms in the first decade of the 21st century, Jordan’s Centre for Defending Freedom of Journalists (CDFJ) warned in its 2010 report that media freedoms in the kingdom witnessed a setback in 2009. The report, which is published annually to mark World Press Freedom Day and which polled 505 journalists in 2009, said there was an sharp increase in the number of journalists who thought press freedom in the kingdom had improved in that year. The survey revealed that government interference had increased by 23 percent between 2004 and 2010 and that 40 percent of polled journalists believed that press freedom had decreased, while 41 percent said it had remained the same. The survey also showed that 266 journalists (53 percent of those polled) had been harassed in various ways in 2010, compared to 39 percent in 2009, and 16 percent said their articles, reports, or news stories had gone unpublished because of pre-censorship by editors. As for news websites, 81 percent of polled journalists believed these new media outlets helped increase press freedom in the country, 77 percent said they helped defend media freedoms, and 91 percent believed they provide the public with a venue for voicing their opinions.

Amnesty International’s report Attack on the Press 2010 cited the ruling by Jordan’s highest judicial authority that allows a controversial law that imposes restrictions on the press to extend its restrictions to the work of news websites and other online media outlets. The report said that the Court of Cessation allowed the government in January 2010 to include websites in the Press and Publications law, giving the authorities the power to impose fines or imprison writers or publishers of items that are considered insulting to religions or defamatory to the government, national unity, or the economy. After local and international pressure, the government removed broad provisions, including searches of online outlets, and the legislation regulated a wide range of digital issues. 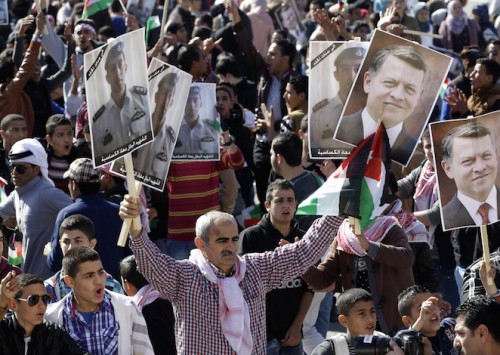 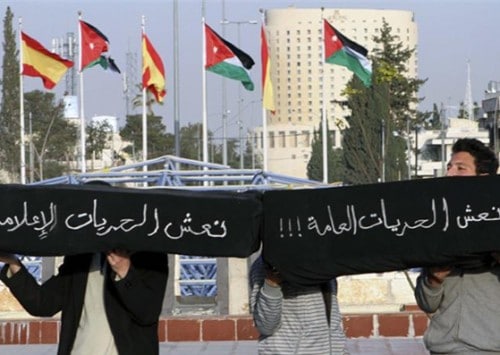 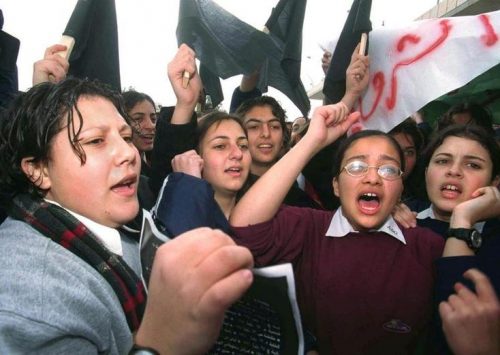