Jordanian culture combines elements of the past and the future, the Islamic heritage and modern culture; it embraces Eastern and accepts Western cultures. It is an extension of the surrounding Arab culture, even in its cuisine, but it has its own characteristic features. Its unique geography and history and the contributions of Palestinians enrich Jordan’s culture. This distinctiveness encouraged the country to work to revive its Jordanian identity – beginning in the 1960s and 1970s – in folk dancing and music, clothing, and other aspects of its cultural life. Each ethnic and religious group in Jordan – such as Circassians, Turkomans, Chechens, and Christians – still enjoys its own culture. Jordanians have learnt to accept each other and become more open-minded.

The majority of Jordanians are Sunni Muslims. About 3-4 percent of the kingdom’s population is Christian and about 2 percent Shiite Muslim. Arabic is the official language, and most young people speak English. 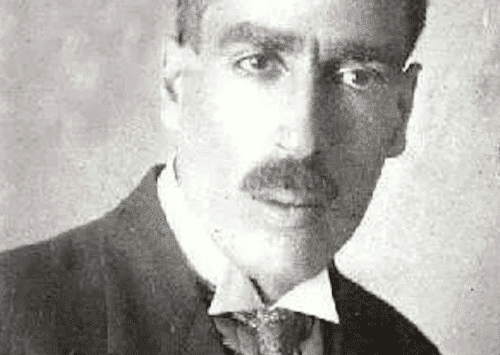 Literature
Literature
Jordanian poetry has matured over recent decades and is beginning to focus on national issues, such as women, poverty, education, workers, and pan-Arab affairs. 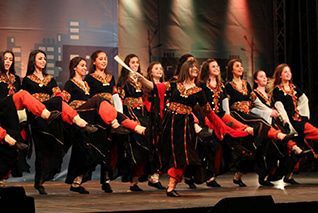 Music and Dance
Music and Dance
Jordanian music is not as popular as that of other Arab countries, such as Egypt and Lebanon. Jordan's famous traditional dance is the dabke or dabka, a group dance that involves stamping one's feet. 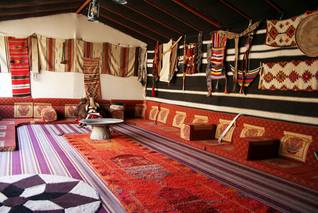 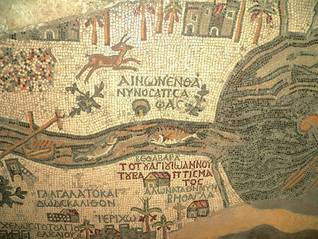 Traditional Arts
Traditional Arts
Jordan's traditional ceramics and famous mosaics incorporate Islamic motifs and are all handmade. The calligraphy on some ceramics depicts the art of the Umayyad and Mamluk periods. 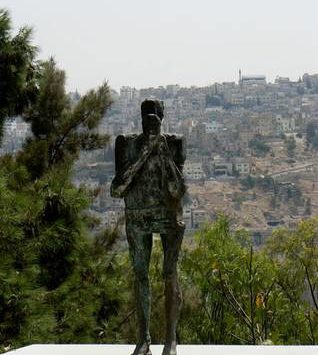 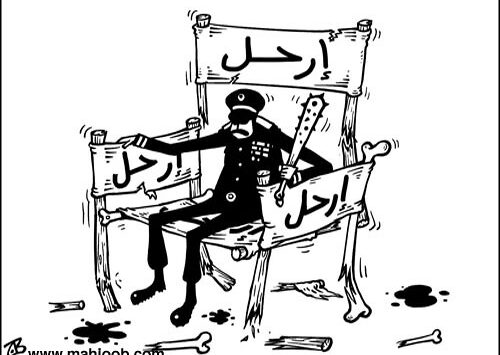 Popular Culture
Popular Culture
Jordan's popular culture is much influenced by Egyptian, Lebanese, Syrian, and, most recently, Turkish music and television series, which young Jordanians have been watching and listening to in the 21st century. 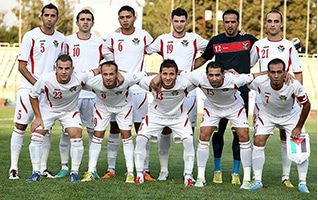 Sports
Sports
Sports play an increasingly important role in the lives of Jordanians, most of whom are football fans. 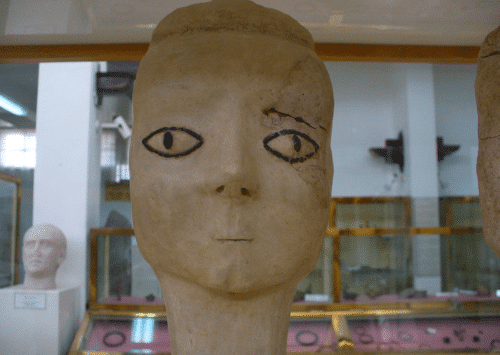 Museums
Museums
There are thirteen museums in Amman, ranging from heritage museums to children's museums. These include the Children's Museum, the Jordan Archaeological Museum, the Jordan Folklore Museum, the Jordan Museum of Popular Tradition, t...
"Ignorance leads to fear, fear leads to hatred, and hatred leads to violence.
This is the equation."
IBN RUSHD/AVERROES (1126 – 1198)
We are a Dutch not for profit organisation (NGO), financed solely by individuals who share our belief in the importance of publishing and disseminating reliable, unbiased information on the Middle East & North Africa region. To represent the voice of the region’s people, we carefully echo the region’s heartbeat by offering fact-checked and therefore credible information.
Your support is greatly appreciated and helpful!
Donate