Under Emir Jaber, who had already become the most powerful man in Kuwait in the early 1970s, Kuwait started began to assume the characteristics of a police state. The Al Sabah could easily afford a more autocratic style of rule. Its de facto control of oil revenues had made the family financially independent of the merchant class. Political opposition in post-independence Kuwait – vocal but restrained – came mainly from middle-class citizens such as the nationalist leader Ahmad al-Khatib. Initially, most opposition gathered under the multi-coloured flag of pan-Arab nationalism, but after the 1970s the opposition increasingly used the language of political Islam, with some nationalists turning into Islamists almost overnight. The Kuwaiti opposition regained its strength after the liberation of 1991. Because of their meagre performance during and immediately after the occupation, the political legitimacy of the Sabah family appeared in doubt. Partly also because of American pressure, the family were left little choice but to reinstate both Parliament and Constitution. 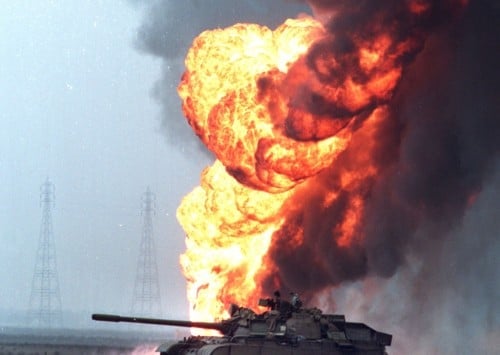 Kuwaiti Oil Sparks Tensions with Neighbours
Surrounded by regional powerhouses like Saudi Arabia, Iraq and Iran, there could always be someone after your oil. That ...