Kuwait signed the Conventions on 2 September 1967, Additional Protocol I (Protection of Victims of International Armed Conflicts) and Additional Protocol II (Protection of Victims of Non-International Armed Conflicts) on 17 January 1985. Moreover, Kuwait signed AP I Article 90 on June 21, 2013 and became signatory to the Convention for the Rights of the Child (CRC) on 21 October 1991, as well as the Optional Protocol to the CRC on 26 August 2004.
Kuwait has been member of the OIC since 1969.

Only one of the 8 fundamental ILO conventions has not been ratified by Kuwait, being the convention on equal remuneration (C100).

The Convention relating to the Status of Refugees is based off Article 14 of the UDHR, and recognizes the right of asylum and protection of refugees. It was approved during the General Assembly meeting of December 14, 1950 and came into force on April 22, 1954. However, the original Convention limited its scope to refugees fleeing prior to 1 January 1951. As such, an additional protocol was compiled in 1967, removing these limitations.
Kuwait is not party to the 1951 Convention, nor its Protocol.

The Convention on the Elimination of All Forms of Discrimination against Women – also called CEDAW, was approved during the General Assembly Session on 18 December, 1979 and entered into force on 3 September 1981. Kuwait acceded to CEDAW on 2 September 1994. Through “accession” a state accepts the offer or the opportunity to become a party to a treaty, which has already negotiated and signed by other states. It has the same legal effect as ratification. Countries that have ratified or acceded CEDAW are legally bound to put its provisions into practice, and thereby agree to submit national reports on measures taken to comply with its obligations. Such reports are to be compiled at least every four years.

Kuwait made reservations upon its accession, to Article 9 (2), concerning children’s nationality – as it goes against the Kuwaiti Nationality Act stipulating child’s nationality being determined by that of his/her father; Article 16 (1f), stipulating equal rights and responsibilities regarding guardianship, wardship, trusteeship, and adoption of children if this exists in national legislation. Reason for its reservation is the paragraph’s countering Islamic Sharia. Additionally Kuwait claimed it is not bound by Article 29 (1), discussing dispute between states concerning interpretation or application of the Convention. It is noteworthy that Article 29 (2) specifically allows for such a reservation.

Kuwait confirmed its accession to the Convention on August 22, 2013, making reservations to Article 18 (1a), granting persons with disabilities the right to acquire and change nationality; and Article 23 (2), ensuring the rights and responsibilities of such persons regarding guardianship, wardship, trusteeship, and adoption. Additionally it pronounced interpretative declarations on Article 12 (2) stating legal capacity given is subject to Kuwaiti law; Article 19 (a), granting the opportunity of choice of domicile and with who they live – expressing this not being able to be interpreted to permit extra-marital relations. This same was stated pertaining to Article 25 (a), granting affordable healthcare including in the area of sexual and reproductive health. Kuwait is not party to the Optional Protocol.

The Convention against Torture and Other Cruel, Inhuman, or Degrading Treatment or Punishment, also referred to as just the Convention against Torture, was adopted during the General Assembly session on December 10, 1984. On June 26, 1987 it was registered and thereby came into force. Its implementation is monitored by the Committee Against Torture (CAT), composed of ten individuals of various nationalities. All signatory states are obliged to send regular reports to the CAT, based on which recommendations are made. Kuwait confirmed its accession to the Convention on March 8, 1996 with reservations to Article 20, relating to the competences of the Committee; and Article 30, paragraph 1 referring to disputes between States related to interpretation or application of the Convention. Both such reservations are allowed for as per Articles 28 and 30-2 of the convention.

The International Convention on the Protection of the Rights of All Migrant Workers and Members of their Families was approved by the General Assembly on December 18, 1990 and entered into force on July 1, 2003. Kuwait is not party to the Convention.

Kuwait acceded to the Convention on October 15, 1968. It made explicit mention of this act not implicating recognition of Israel, and that it does not consider itself bound by Article 22, pertaining to inter-state dispute resulting from interpretation or implementation of the Convention, stating that all parties to the dispute are to expressly consent to intervention of the International Court of Justice. 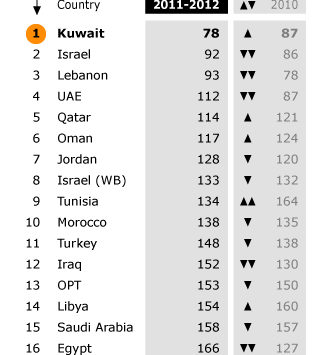 Press Freedom
Press Freedom
The Kuwaiti Constitution guarantees freedom of the press and freedom of expression, albeit within the limits of the law. The latter condition is tricky, however, because it has regularly been used by the authorities to limit sever... 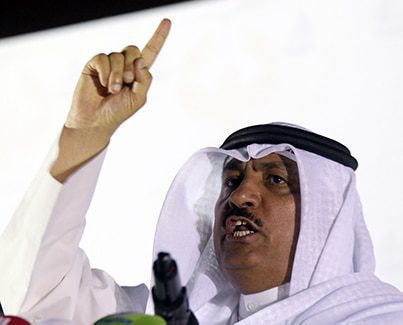 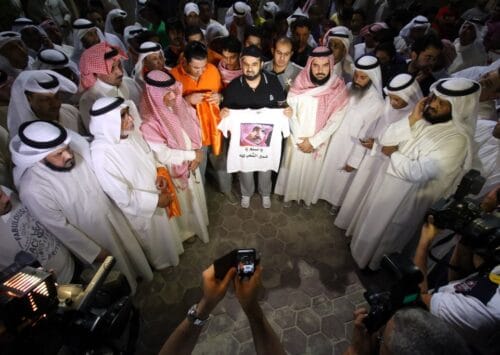