Fanack Home / Lebanon: The Return of Hariri — Tragedy, Farce or the Only Hope?

Lebanon: The Return of Hariri — Tragedy, Farce or the Only Hope?

With Hariri’s return to power in Lebanon, the old guard’s political maneuvering intended to outflank the public has worked.

First tragedy then farce. Marx’s famous remark was aimed at Louis Napoleon. It now applies to Lebanon and the return of Saad Hariri as Prime Minister.

Last October, a million Lebanese — a quarter of the nation’s population — filled the streets to demand an end to the rule by a corrupt, entirely self-serving elite that had run the country since the end of the civil war in 1990.

Hariri: From target to savior?

Their main target last year was Saad Hariri. The billionaire Sunni son of the former Lebanon political chieftain Rafik Hariri, who was assassinated in 2005 by Iran-backed Hezbollah, had — like his father — presided over a rotten confessional regime which allowed its top politicians to get fabulously rich.

Last year’s uprising brought to the surface years of anger which the Lebanese let loose in rolling street demonstrations. As the pressure mounted, Hariri resigned, humbled.

Since then, Lebanon has fallen into a state of despair, one crisis following another. The most recent tragedy was the August explosion in the port of Beirut which killed 200 people, injured 5,000 and destroyed hundreds of homes.

Years of government negligence and neglect was the root cause. Yet, none of these tragic crises or protests or international interventions triggered real reform.

Now, in their private form of farce, the Lebanese have once against made Saad Hariri Prime Minister. But no one is laughing.

Completely disregarding the popular will

With Hariri’s rise, the tragicomic circle is complete. The old guard’s political maneuvering, intended to outflank the public and its very legitimate anger, has worked.

They have simply waited until the pressure from the collapse of the economy, the rise of COVID 19 infections and one of the largest industrial accidents in history took any air out of the reform movement.

Macron made the wrong call

President Macron came not once but twice to assert the authority of France, former colonial power, in Lebanon.

Macron’s missions to Lebanon achieved little. If anything, his flying visits reinforced these self-serving elites.

Macron’s mistake was to call for a government of national unity in August. This is the favourite tune of the confessional parties who interpreted it as business as usual with no pretense of honest government.

To be sure, Hariri, with his U.S. education and plenty of cash to make connections in the global north, is well-liked by France and other Western governments.

He is worth $1.5 billion, his wealth coming from real estate companies in Lebanon and Saudi Arabia.

How will Saudi Arabia play its cards?

Hariri’s connections to Saudi Arabia raise questions as to the Kingdom’s involvement in Lebanon with his return.

The Saudis have historically backed Lebanon’s Sunni constituency. Saudi Arabia’s cold war with Iran and whatever information they have over Hariri even led to his kidnapping in 2017 as part of a move against Hezbollah.

Earlier this year, Saudi Arabia was among countries promising to assist Lebanon financially. With Hariri back in power, the Saudis may once again seek to leverage their influence in Lebanon, using Hariri as their pawn.

Despite it all: The only serious candidate?

Still, with Hariri’s reputation among the elite, with his years of experience navigating Lebanon’s politics, he may actually be the most capable of a rotten bunch to claw Lebanon back from the brink.

The brief tenures of Hassan Diab and Mustapha Adib as Prime Minister demonstrated that technocratic nobodies cannot govern in Lebanon. The Lebanese shrugged their collective shoulders in apathy. By now, it is surely better to have a government than no government.

Hariri is back running a country that is in a far worse a state than when he left. The most immediate task facing him now is to re-establish a semblance of order in the land.

News that Lebanon was without any effective government, having effectively become a failed state, has led to whispers of ISIS cells trying to establish operations across Lebanon’s porous southern border with Syria. There are genuine fears of violence erupting at any point.

Between steep inflation, Beirut’s grain silos being destroyed in the August port blast and an entrenched Hezbollah, Lebanon is balancing on a tinderbox ready to ignite.

The evaporation of the public’s anger

The very public anger that swept the streets in October 2019 returned in full force following the August explosion. Alas, it did not last.

The mood today is one of exhaustion and resignation. Lebanon is mostly a country of young people. Scores, perhaps hundreds of thousands, are expected to leave.

Brain drain and no growth

This brain drain will have serious ramifications for the eventual efforts to rebuild the country. Eventually, rebuild they will — the crises will pass one way or another.

The Lebanese who remain — somehow, somewhere — stick to their dream of freeing themselves from the elites that are responsible for the disaster the Cedar nation has become.

The IMF, not the Saudis

Hariri does have a chance, perhaps the best of any Lebanese politician currently, to carry out basic reforms which are a prerequisite to receiving IMF assistance.

Talks with the IMF must resume immediately. It is the most likely source of desperately needed finance for the country.

Measures to please the IMF could limit the gerrymandering of constituencies along sectarian lines. Another would stop the “Ponzification” of the economy by all the various insider groups and to regulate bank interest rates.

Still, achieving a turnaround for Lebanon would be nothing short of miraculous. This could be all the harder to achieve as it is unclear if there are many miracles left in the Middle East.

For now, the return of Saad Hariri fuses farce with tragedy. The failed state of Lebanon continues to fail its people.

Remark: This article was originally published by https://www.theglobalist.com/ in October 25, 2020.

Disclaimer: The opinions expressed in this article are those of the writer(s). They do not purport to reflect the opinions or views of Fanack or its Board of Editors. 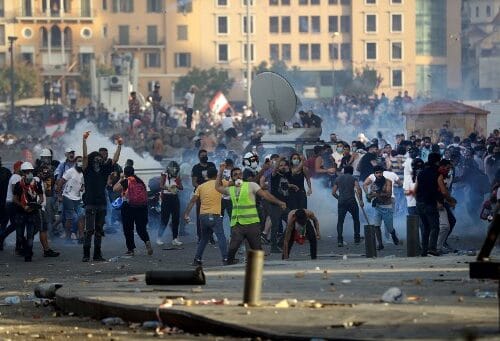 Lebanon Between Two Fires: Political Suicide or Giving Enough Time to Civil Society?
The political class is also divided over whether to hold early elections. These divisions reflect the fault lines that d... 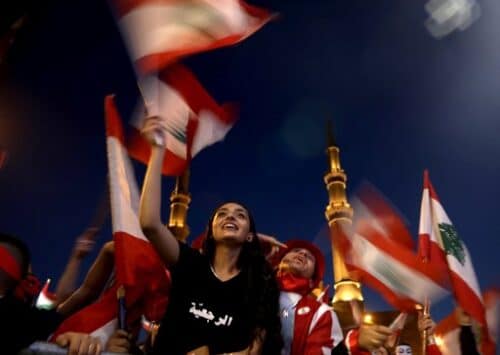 Politics vs. Religion: Untangling Lebanon’s Sectarian System
There are about 80 licensed parties, despite the relatively small population. This currently stands at around 6 million,... 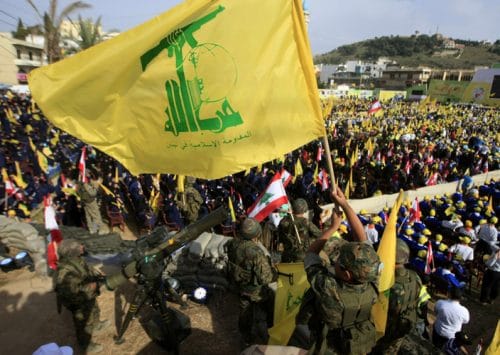