Lebanon in a Desperate Situation Emphasized by the Corona Pandemic

As of February 6, 2021, Lebanon had over 300.000 cases of people infected by the coronavirus and over 3.000 deaths, Lebanon doesn’t seem to be able to cope with a strong spike of infections since the beginning of the new year. The health system is overwhelmed, people impoverished by a lack of assistance from their government, and depression is settling in after more than a year of catastrophes.

Lebanon is currently facing an ongoing economic crisis that sent thousands of people to extreme poverty, and February 4, 2021 marked the six months anniversary of a blast that destroyed some of the most famous neighborhoods of Beirut, and for which no guilty party has been convicted yet. People, especially the families of the blast’s victims, are still fighting to be listened to and answered, a situation that amplifies the sense of hopelessness already strongly implanted in the population.

An even more critical socio-economical crisis has been blossoming at the same time of a surge of coronavirus cases in the country, as the government settled for a total lockdown in January 2021 in order to ease the impact on the hospitals, unable to cope. As many people depend from cash in hand and informal jobs that require them to be outside their home, the situation has turned desperate for some, unable to pay for anything anymore. This desperation led to a week of protests in the second and poorest city of the country, Tripoli, which was met with violence from the security forces.

“There is a big lack of social and financial assistance for families in need”, Lebanon and Bahrain researcher at Human Rights Watch (HRW) Aya Majzoub told Fanack. “There is no consideration of the people financial needs during a lockdown for weeks on end. Despite repeated promises of governmental aid, nothing has materialized except for a fraction of what had been mentioned and without any transparency about how the families were selected. In Tripoli, marginalized and poor communities were met by force and now the government is saying they will help, but only after the lockdown is over. The lack of economic support is a huge problem, because without any assistance people are not able to comply with the safety measures.”

The lockdown is expected to end on February 8, 2021, with a gradual ease of restrictions. But three weeks of total lockdown hasn’t managed to reach the expected result, as intensive care occupancy rates are almost 90% across the country and 100% in Beirut, according to figures published on February 5, 2021 by the World Health Organization. Despite national efforts to make more space, the biggest capacity for coronavirus cases is found at the Rafik Hariri University Hospital (RHUH) in Beirut, with only 50 ICU beds for adults, and four for babies. At the beginning of the pandemic, the hospital was separated in two entities with two ERs in order to be able to receive non-COVID patients. People, however, are still hesitant to come by fear of infection.

“As a result, we get less people coming to the hospital, and their situation is often more serious because they wait until it’s absolutely necessary”, Christine Bartulec, part of the ICRC health team at the RHUH, told Fanack. Health care is very expensive in a country where most people don’t have private insurance or very limited work insurance, and where a patient must hand in money when arriving in the ER in order to get taken into account.

ICRC Lebanon is in a partnership with the RHUH in order to provide medical care for the most vulnerable. “We usually helped mostly migrants and stateless people before, but now the Lebanese count for half of the needs we cover”, Bartulec added. “And now, around 32% of the people coming to the ER can’t afford to pay for care, which is the double from last year. Certainly, the ongoing situation is affecting the daily life, they have no more money.” The team also noted an increase of mental health needs from the last quarter of 2020, with even psychiatric-related violence episodes. To Fanack, Bartulec wanted to stress on the fact that: “People need to follow the [health safety] rules, because we need to release pressure on the health system”.

HRW has determined other big issues related to the pandemic, as Majzoub described to Fanack: “There is a lack of payment from the government to the public hospitals, which is usually used to pay the staff, equipment and drugs. This lack of coordinated policy prevents the arrival of necessary supplies into the country.” As a result, people can’t access their mandatory medication in the case of chronic illness, important life saving medicine that pushes them to ask online if anyone has access to it in case of emergency, or even simpler but necessary items such as infant formula. It also penalizes the treatment of covid patients, and affects the safety of health workers who can’t afford proper protection.

When it comes to very vulnerable populations, such as refugees, there is very little information provided to them when it comes to protecting themselves or what to do if someone is infected. “We went to several refugee camps in Ersal in December 2020, and families told us they received absolutely no help or information since the beginning of the pandemic”, Majzoub said. “Worst, during the beginning in March2020, we documented several municipalities that took curfew or lockdown racist measures directed against the refugees.”

Despite some racist calls from the population for Lebanese to be “first” to get vaccinated, the government said that refugees will be taken included in the vaccination plan. “The first doses are supposed to arrive in two weeks, but the government expressed no clear plan yet”, Majzoub said. “There is also no awareness campaign, while we see that many people are worried about getting vaccinated. Hopefully, the government will put something together so it goes well.” Refugees should be included, but no word has been said about the migrant workers, of whose a large number is undocumented. “Our biggest concern is for them to access the vaccine. Refugees are registered through United Nations agencies such as the UNHCR or UNRWA, but there is no similar database when it comes to migrant workers.”

The lockdown and the pandemic have put additional pressure to the Lebanese population, already exhausted by over a year of catastrophes. “The corona pandemic has been very hard to cope with in terms of the looming danger and the crushing responsibility of protecting my surroundings from getting infected”, Rita Ghantous, Lebanese journalist, told Fanack. The spike in casualties, the delay in vaccine, the extreme change in quality of life and the fact that this pandemic persists since over a year is starting to weigh heavily every day. I think people are at their wits end. Aside from corona, Lebanon has been hit with too many tragedies. Corona just made things worst. A lot of people are not being able to cope with poverty, fear, loneliness and anxiety. Most people are feeling depressed and hopeless, especially in Lebanon.”

Ghantous’ life is all about safety measures now, and despite missing being able to cover events and meeting people, she feels that the lockdown should have lasted longer, or at least should have been better applied. “Certain industries can very well manage to function remotely, it might be a good idea to demand that those who can function this way do, while those who absolutely can’t, run on minimum staff and shifts.”

Despite international examples on how to handle the pandemic, the Lebanese government seems to be using its usual method of letting go, without caring for the well-being and survival of its own population. 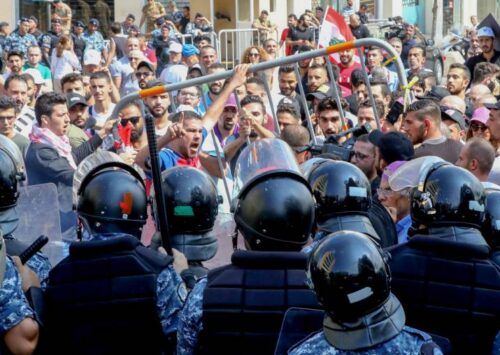 No Action from Lebanese Government as Financial Collapse Looms
The currency crisis in Lebanon is threatening to send the country, which is already on shaky economic ground, into compl... 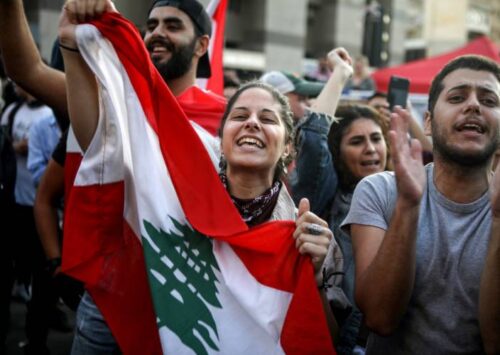 In Lebanon, Unexpected Protests Bring Hope to a Country Plagued by Crisis and Corruption
Many never believed it would happen, as the Lebanese fear of another civil war if they let go of their political leaders... 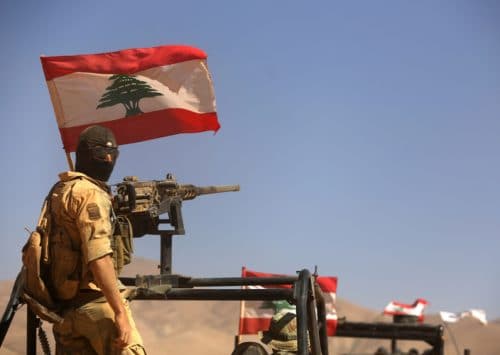