Lebanon’s unity government collapsed on 12 January 2011 after the Hezbollah movement and its political allies pulled their ministers from Prime Minister Saad Hariri’s administration. There had been growing political tension ever since Hezbollah’s leader, Hassan Nasrallah, learned that the special tribunal for Lebanon, which is investigating the murder of Rafic Hariri, was to implicate some of his members in the assassination. All ten opposition ministers pulled out of the cabinet when Saad Hariri, Rafic Hariri’s son, refused to convene a cabinet meeting to discuss the investigation into his father’s murder.

Two weeks later, on 25 January 2011, Lebanese President Michel Suleiman issued a decree appointing Hezbollah-backed Najib Mikati as new Prime Minister. Mikati subsequently prepared talks on forming a new government. Months of haggling followed, during which Christian leader Amin Gemayel announced he would not be joining the cabinet. On 13 June 2011, Mikati presented his new government, in which Hezbollah and its allies hold the majority. 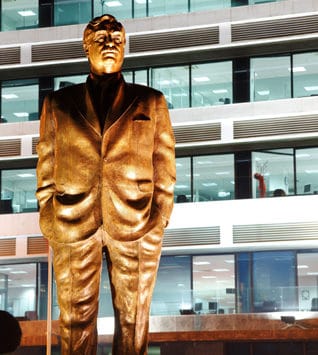 The Hariri Tribunal
In the wake of the killing, thousands of Hariri supporters held rallies in Beirut, pointing the finger of blame at Syria...