Fanack Home / Libya / Past to Present / Constructing a Modern Kingdom

After independence, the new Libyan state depended on foreign aid, because there was neither the money nor the personnel to run the complicated political system. Politically, it depended on the British and the Americans, who paid rent for the naval facilities at Tobruk and Wheelus military airfield (outside Tripoli), respectively.

The Libyan government acted quickly to end this impoverishment. In 1956 the first concessions for oil exploration were granted, and in 1959 Esso Standard Libya discovered the Zliten oil field. Oil exports began in 1961, after a 167-kilometre pipeline was built to the Mediterranean Sea. The government had divided the concessions among several oil companies rather than the seven major world producers, and production expanded quickly. By 1965 Libya was producing 122 million barrels a day, which rose to 3.1 million in 1969, and this produced a rapid increase in revenue. Libya became one of the fastest-growing economies in the world. National GDP grew from 125 million dinars in 1960 to 560 in 1965 to 1,358 million in 1969.

The monarchy was not prepared for the social changes brought by this increased income, such as an increase in private property and large-scale migration to the cities. It also brought political instability and a rapid turnover of governments. In 1963, the federal system was abolished, and Libya became a unified state, which caused tensions in Cyrenaica and Fezzan. A bicameral parliamentary system gave women the right to vote, which alienated the conservative religious establishment.

The lack of public control of spending meant that government became increasingly inefficient and corrupt: the line between private and public wealth was indistinct, and scandal after scandal ensued. Opposition to the regime necessarily took the form of opposition to the monarchy, and it was expressed in terms of the Arab nationalism pronounced by President Nasser of Egypt. There was great resentment that Libyan oil earnings were financing a government that supported the US and Britain, which supported Israel during the 1967 War. By 1969 it was clear that there would be a coup, and at least two groups prepared to mount one. 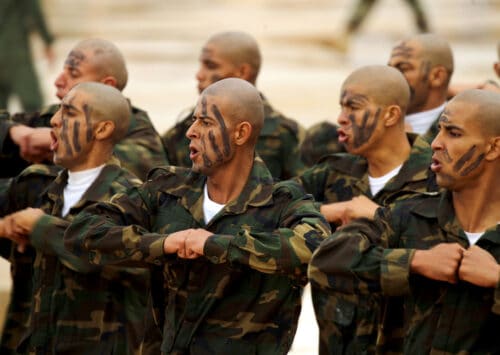 Haftar Conquers the South, Eyes Tripoli
Even Italy, which has clashed with France’s position in Libya, hasn’t opposed Haftar’s manoeuvres. Rome instead ap...