Libya’s population of just over six million is one of the smallest of the Arab states, but it is spread thinly over one of the geographically largest countries.

The Libyan population is almost entirely Sunni Muslim. Christianity is now limited to expatriate residents. There was once a historically important Jewish community, but it has entirely disappeared. The distinctions between Arab and Berber that are so noticeable in Morocco and Algeria are absent in Libya: only since the fall of Gaddafi has the numerically small Berber community made itself felt.

Libya’s government under Gaddafi was extremely authoritarian and repressive. The revolution of 2011 has provided a political opening. Many Libyans characterize their society as ‘conservative’. Gaddafi’s rule reinforced this characteristic, as families focused on their closest inner circle for trust and loyalty. He used tribal animosities and loyalties to rule and divide, and the 2011 revolt reinforced awareness of tribal identities but also a sense of unity among the population.

Gaddafi dominated Libyan society for more than forty years. His dictatorship has influenced the population’s collective mentality and culture, and the media. His writings and speeches prescribed how Libyans should behave and think in every area of life: expression, education, leisure, sport, arts, and culture.

It was difficult to educate school children and university students to think independently in these circumstances. A general lack of trust meant that daily life was governed by the fear that an ‘antenna’ might identify a person as being ‘disloyal to Gaddafi’s revolution’. Some Libyans characterized Libyans as ‘being all prisoners of Gaddafi’.

This was against a background of extraordinary economic growth. After the exploitation of oil began in the 1960s, the characteristics of Libyan society changed drastically. It evolved from an impoverished country to a more prosperous society, and it changed demographically. Relations within Libyan society have been affected by the arrival of large numbers of migrant workers from the Arab world, Africa, and Asia. Libya is presently the most prosperous country from the African continent.

After the embargo was lifted, the country witnessed an economic boom and an increase in consumerism. After the 2011 revolution, many private initiatives popped up, and small and middle-sized enterprises grew in number. 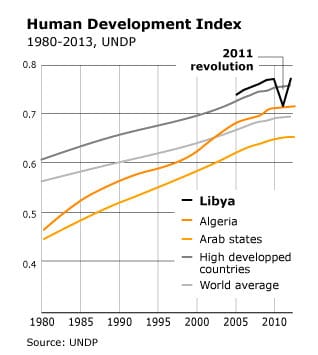 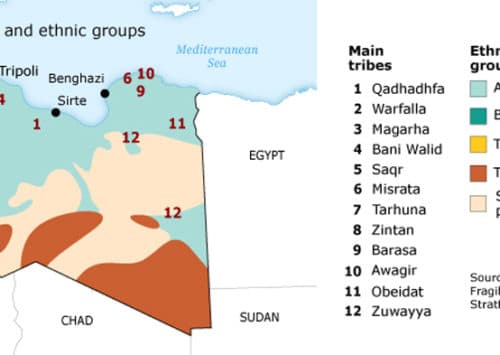 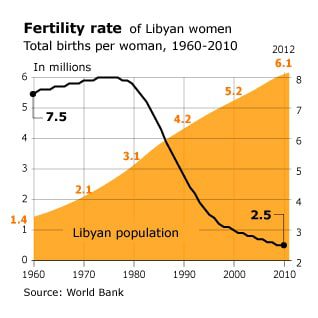 Family
Family
Historically, Libyan society has revolved around the family, with grandparents, parents, married sons with families, and unmarried relatives living often together in one house. This was a concomitant of the tribal structure of rur... 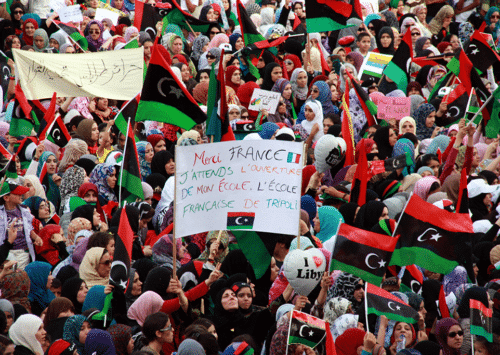 Women
Women
Libya scored high in the Gender Inequality Index of the Human Development Index, a composite measure accounting for inequality in achievements between women and men in reproductive health, empowerment, and the labour market. In 20... 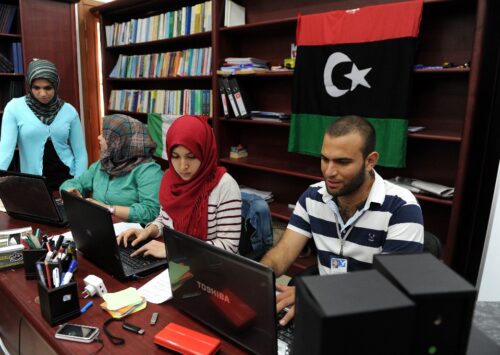 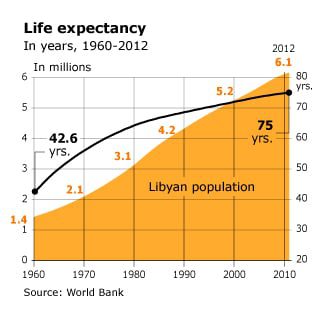 Health
Health
the health system lacked investment. Public-health spending decreased from 5.5 percent of government expenditure in 1995 to 4 percent in 2010 and from 4.4 percent of GDP to 3.5 percent over the same period. The embargo contributed... 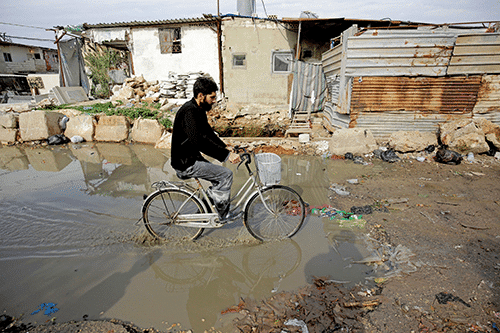 Imbalances
Imbalances
Libya has developed extraordinarily quickly since the discovery of oil. This has brought rapid development, but there are still huge social and economic imbalances. 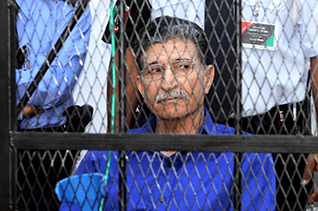