Saudi Arabia’s Middle East Broadcasting Corporation (MBC) decided on 1 March 2018 to stop broadcasting Turkish soap operas, which have attracted a wide audience in the Arabic-speaking world for more than a decade. The success of Turkish soaps in the Middle East has boosted the country’s tourism and image in the region, scoring ratings that surpass all other countries except for America.

In 2014, the total gross revenue of Turkey’s ten biggest production companies amounted to $152 million. Two soap operas, the Magnificent Century and One Thousand and One Nights, aired in more than 45 countries worldwide, with the Arab world constituting a large part of that audience.

Devoted fans were thus shocked by MBC’s decision, which came just days after the company’s chairman, Waleed al-Ibrahim, was released by the Saudi authorities. Al-Ibrahim was originally detained in November 2017 at the Ritz Carlton Hotel in the capital Riyadh as part of the kingdom’s ostensible anti-corruption purge. There has been little information about the terms of al-Ibrahim’s release, except for a Saudi government statement claiming that many of those detained were released after handing over billions in assets.

However, internal politics in Saudi Arabia could also be a major factor. Zekeriya Kursun, the president of Ordaf, a Turkish think tank that focuses on Middle Eastern and African affairs, told the news portal Middle East Eye that Saudi Arabia’s religious clergy has long been lobbying against the efforts of Mohammed bin Salman (MBS), the Saudi crown prince, to liberalize the kingdom.

“Mohammed bin Salman enraged the kingdom’s clerics when he loosened the rules on cinema and concerts. [Terminating the Turkish series] is very likely a move to pacify those clerics to an extent,” Kursun said.

Despite Erdogan’s conservative politics, Turkish soap operas often feature female-driven plots that include infidelity and alcohol consumption. In 2008, Saudi clerics even declared the soap Noor as evil and immoral. Another Saudi cleric issued a fatwa that permitted the killing of owners of satellite TV stations that broadcast sacrilegious content.

These clerics must be pleased to have Turkish soap operas finally removed from MBC, although Kursun believes that the move is unlikely to hit Turkey’s economy hard. Turkish television networks, he explained, typically have their budgets covered before they begin production. He added that Turkish dramas have never been more popular worldwide, broadcasting to audiences in Eastern Europe and as far away as Latin America.

With MBC now having six hours of prime airtime fill, other Arabic countries are hoping that their soaps will fill the viewing gap. Hayek told Agence France-Presse (AFP) that Turkish productions will be replaced with Arabic shows that promote the shared values of the region. However, he did not expand on what those values are.

Recent media reports suggest that Saudi Arabia is looking to showcase its own dramas as a way to extend its soft power. The Daily Sabah, a pro-government newspaper in Turkey, reported that a Dubai- based Middle East broadcaster is already working on a new series about Saudi Arabia’s ruling dynasty. 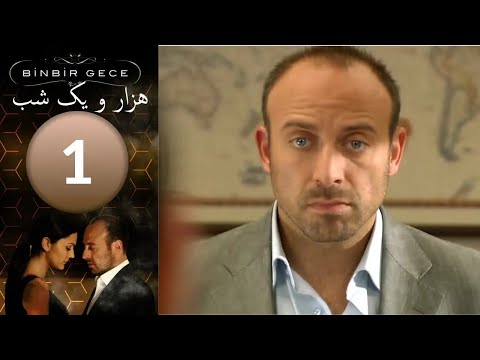 Whether the series will appeal to fanatics of Turkish soap operas remains to be seen. However, prominent Arab personalities, such as Egyptian TV host Amir Adib, are hailing MBC’s decision and calling on Egyptian satellite channels to follow suit.

“The latest episode of one of the famous Turkish soap operas reached more than 25 million viewers and they gained huge profits from that,” he lamented on his nightly talk show. “Turkey doesn’t support Egypt or Saudi Arabia, so why are we supporting them?”

Unlike Adib, most fans of Turkish soap operas could not care less about regional politics when it comes to their favourite shows. Huda Mzeidout, a Lebanese woman in Beirut, told Fanack Chronicle that none of the Arab soaps measure up to their Turkish counterparts. While she considers Egyptian shows to be better than Lebanese productions, neither come close to the entertainment value of Turkey’s scandalous plot lines.

She, and other fans, may be in for some good news. Ozturk Oran, the head of the Istanbul Chamber of Commerce and responsible for promoting Turkish soap operas globally, told the Turkish press that Turkey plans to launch a channel that broadcasts its dramas in Arabic. If that happens, MBC’s decision will have little impact on the consumption of Turkish shows.

DVDs are also widely available, which is an option that Mzeidout is considering. But she says that she prefers watching Turkish soap operas on television, so she can avoid the temptation of watching all the episodes in a few evenings.

“It’s tough for MBC to suspend Turkish series when viewers are so attached to them,” she said. “I would prefer to see the Turkish shows back on [MBC]. It has become a habit to watch a soap opera from 9 to 10 each evening. [Turkish series] have become something of a drug for me.”