Arab Spring Not Over in Morocco

The Rif region of northern Morocco has been shaken by social unrest since the death on 27 October 2016 of Mohcine Fikri, a fishmonger who was crushed in a rubbish truck in the city of al-Hoceima as he tried to recover illegally caught swordfish seized by the police.

Calls for justice for the vendor evolved into the grassroots ‘Indignant Movement’. Headed by Nasser Zafzafi, 39, then a little-known Rifan activist, the movement calls for education, jobs and economic development.

A large demonstration was due to take place on 5 February 2017 in al-Hoceima’s main square, but local authorities prevented it from going ahead. Anti-riot police dispersed a similar demonstration on 4 January 2017.

A statement issued by several Political parties that accused the Rifans of ‘promoting destructive ideas that sow discord’ and of being ‘separatists’ served to inflame the discontent.

On King Mohammed VI’s instructions, a ministerial delegation arrived in al-Hoceima on 22 May 2017, promising 10 billion dirhams of state funding for development projects in the region. However, the protestors showed little faith in these promises. The authorities responded by cracking down on demonstrators. Around 20 people were arrested in al-Hoceima in two days.

Days later, on 26 May 2017, the Ministry of Islamic Affairs asked local imams, who are all ministry employees, to deliver a Friday sermon saying that the protestors promote fitna (‘chaos’) in the country. Zafzafi, who was in one of the mosques, stood up and accused the imam and Makhzen (roughly, Morocco’s dominant ruling class) of instigating fitna. “Are the mosques made for God or for the Makhzen?” he asked and called for further demonstrations.

His arrest on 29 May 2017, for ‘obstructing freedom of worship’, has provoked fears of a possible escalation of the unrest.

For Hassan Zouaoui, a researcher, the protests in the Rif provide a good opportunity to study the evolution of the relationship between the state and society in Morocco, especially in a region whose history has been marked by a conflict, the objectives and dimensions of which cannot be understood.

Furthermore, when a movement emerges in the countryside, it usually leverages the cultural specificity of its region to garner support, using slogans that have local resonance.
Hence, in al-Hoceima, the constant invocation of marginalization and historical exclusion by the protesters is easily ‘heard by the populations in and outside the region because of the meanings these protests have. The al-Hoceima demands are framed by terms such as marginalization and pride … and within a conceptual mould that contributed to the widespread nature of the protests,’ according to Hespress, one of Morocco’s leading news sites.

An open appeal addressed primarily to the king by journalists, intellectuals and artists sought to calm the situation in the Rif region. The appeal, which was circulated on Facebook, called on the king to intervene ‘directly or indirectly to reassure public opinion, using the language of productive dialogue and positive interaction and to ensure that the promises made are kept.

According to intellectual Ahmed Assid, using Friday sermons to insert religion into political and social conflicts will only lead to worse unrest. Religion occupies the domain of personal belief; it is not a mechanism for resolving disputes between the authorities and the people.

For Assid, mosques are places of worship, preaching and guidance. If they are turned into platforms for attacking political opponents, they become like political headquarters, public halls or the media. Those affected have the right to respond and defend themselves. However, that right is not available to them, resulting in confrontations and further injustice, as happened in al-Hoceima. Using places of worship in ideological, intellectual and political conflicts is a manifestation of confusion, vulnerability and instability, he said.

The events in al-Hoceima have weakened the trust between the state and its people and jeopardized the legitimacy of Morocco’s institutions. 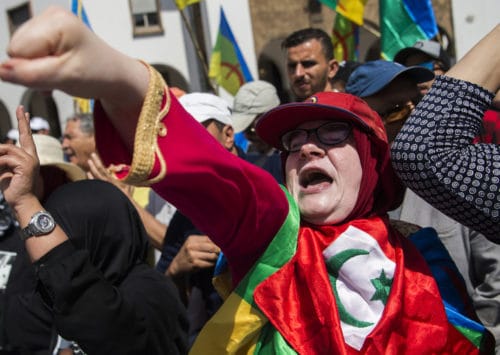