Fanack Home / Morocco / Past to Present / In Morocco, Cannabis remains a Sensitive Topic

Morocco is famous for its authenticity, its beautiful cities and villages, its great food and its beaches, but also for its cannabis. In 2017, the country was named the world’s largest cannabis resin exporter, a title it has won repeatedly in recent years. But the drug remains banned in the country, and it is a sensitive topic despite some talks about legalizing it.

Cannabis in Morocco has a long history. Although the exact date of its introduction in the country is unclear, it was already grown in the 17th century in Moroccan gardens and orchards for local use. Cannabis then turned into a proper production business in the 18th century, in the Rif region in the north of the country, where it is still an important market today. Its prohibition came gradually: first with Sultan Hassan I, who set up strict regulations on cultivation and trade in 1890 while giving cannabis production privileges to some Rif tribes. Their privileged status was reconfirmed in the 1950s, but a few years later, in 1956, at the independence of Morocco, cannabis was prohibited nationwide  by King Mohammed V, who ruled from 1957 to his death in 1961. The drug is still illegal today, but partially tolerated by local authorities, notably in the Rif area where tribes were given production privileges in the 19th century.

Morocco was the world’s largest exporter of cannabis in 2015, according to a study by the United Nations Office on Drugs and Crime (UNODC). It was in 2016 and 2017, too. The drug is smuggled outside of the country illegally, mostly through boats to Spain. Moroccan cannabis is in great demand in the world “for its very powerful and high yielding hybrid varieties”, the report stated, and noted that in 2015, the country had the third largest resin seizures in the world, with 235 tons. 80% of the market is for export, mainly to Europe through Spain. In 2015, Morocco was also the largest producer with 38,000 tons of cannabis produced in open air and 760 tons from indoor production, according to the UNODC’s report. The other main cannabis exporters were Afghanistan, Lebanon, India and Pakistan.

But Moroccan cannabis is not only for sale abroad: it is also a huge component of European tourism in the Kingdom, though it is not displayed on travel brochures. Ketama and Chefchaouen are two northern villages that benefited in the 60s and 70s of an influx of Western hippies coming to visit the area but also relax with “local products” such as kif, Moroccan name for cannabis, which encouraged the internationalization of its production.

In September 2017, there was even a festival called “Bombola Ganja” organised in Ketama, with cannabis leaves on the poster on Facebook for the event, the names of trance DJs on the list, and a call for cannabis to be legalized for medicinal purposes. The consumption of hashish is quite tolerated there, and dealers and unlicensed guides regularly approach tourists to offer them hashish or a tour of farms to meet local cannabis producers.

This production of cannabis brings a much-needed boost to the region’s tourism industry. A local called Hassan told the French news agency AFP that cannabis was the locals’ “main source of wealth” and that “the climate here is very special. Nothing grows here except kif”.

In July 2017, the travel media Tripsavvy published an article claiming that tourists are offered to buy hashish several times a day in the street.

It advised its readers to buy it from trustworthy locals and to smoke it in “small cafes where local men smoke their water pipes while playing cards and drinking mint tea” (mostly male tourists as female tourists “look awkward in these cafés”, the article noted). It also advised to avoid smoking openly near mosques, in public squares and near police presence, and to carry cannabis around.

Yet cannabis consumption and production is officially illegal in Morocco, although the State cannot really intervene widely because of the money it brings to the people. It is not surprising that its initiative to legalize it sparked a national debate in 2014, with the campaign “Freedom Now” by human rights activist Chakib Alkhayari from the Rif mountains, who had previously ended up in jail in 2009 for cannabis use. His campaign to legalize cannabis in the Rif mountains gained some political support at the time, and a bill going this way even made it to the Moroccan Parliament, without being approved. In 2017, the recently appointed Prime Minister Saad Eddine El Othmani has even spoken out in favor of regulation.

In fact, it could help to build up a regulated market in a country where the youth unemployment rate reached  17.96% in 2017. The infrastructure is already there, the environment is profitable, cultivation and production skills already exist, which makes it a good place to start for a possible legalization. Cannabis could be a legitimate market that would bring jobs and financial stability to Morocco, but it’s still a sensitive debate in the country and the decision might not come in the next few years. It probably will eventually – when the Moroccan society is ready. 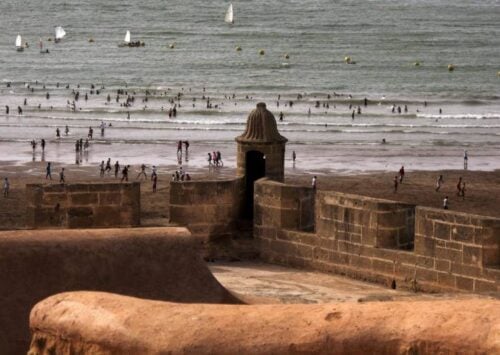 What is Behind Morocco’s Tourism Boom?
The country’s deserts, beaches, mountains and distinct cultural heritage are naturally attractive to holidaymakers and...