In January 2009 a former American diplomat, Christopher Ross, was appointed as the UN mediator in the dispute, although he has had little success in bringing the two sides into meaningful dialogue. They met in August 2009 and in February 2010, without progress on the main issues. Meanwhile MINURSO policed the cease-fire.

The report of the Moroccan Consultative Commission on Regionalization in 2010  that ostensibly dealt with the management of local and regional administration, seems to have been inspired largely by the need to find a workable arrangement to give the Western Sahara a large amount of autonomy.

Its most important feature was the establishment of two regions in the Western Sahara, rather than three, and the exclusion of all provinces that did not form part of the old colony. The legal apparatus to do this was included in the 2011 Constitution but has not yet been put into effect.

All the years of negotiation have made clear that the Moroccan government and POLISARIO were both pursing the same end: to win a referendum by controlling the size of the electorate. The Moroccans wanted to inflate the number of voters, and POLISARIO wanted to limit it. This was because the Saharan question went to heart of both sides’ legitimacy. The incorporation of the Saharan territories is probably the only thing on which Moroccan public opinion is almost universally agreed. For POLISARIO, simple autonomy would destroy its raison d’être.

The failure to resolve the situation has implications beyond the immediate human and economic costs of the conflict: it has brought about a collapse of security across the Sahara. Northern Mauritania and the POLISARIO camps in Algeria are now major hubs for drug trafficking, the smuggling of contraband, and the circulation of weapons, and younger Sahrawi refugees are becoming increasingly alienated by the failure of POLISARIO’s leadership to make any headway and by its apparent corruption. In the Moroccan-controlled area, the Arab Spring protests of the cities of the north have not been emulated, but in the November 2011 parliamentary elections, Saharan voters elected deputies from the moderate Islamist Justice and Development Party. Yet there was rioting in Laayoune, the biggest city in 2010 and in Dakhla in 2011, with inter-communal violence between the now-outnumbered local population and migrants from the north. 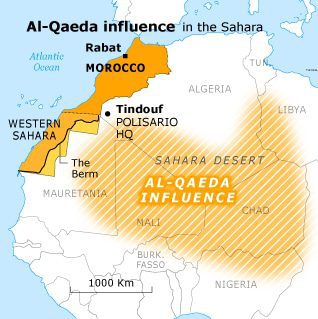 There was a further round of talks between the two sides brokered by Christopher Ross, in March 2012. Ross summed the talks up by saying ‘Each party continued to reject the proposal of the other as the sole basis for future negotiations, while reiterating their willingness to work together to reach a solution.’

Ross returned on a visit to both the Saharawi and the Moroccan sides a year later, in March 2013, but with no more success. POLISARIO spokesmen attacked the Moroccan government for stubbornly refusing to talk, and Moroccan police used force to break up a pro-POLISARIO demonstration in Laayoune. Moroccan press reports accused Ross of hoping to repackage the earlier Baker plan. Ross himself declared that a solution to the dispute was more urgent than ever because of the political instability in the Sahel region. Other sources alleged that several hundred POLISARIO fighters had joined up with Algerian jihadists in northern Mali. 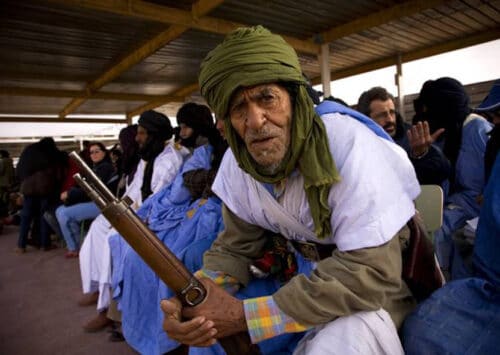 The End of Spanish Rule in the Sahara
King Hassan opened negotiations with Spain and Mauritania, froze the Moroccan claims to Ceuta and Melilla, and signed ac...