War of Words over Western Sahara

During his visit to Algeria in early March 2016, UN Secretary General Ban Ki-moon noted “the absence of progress” in solving the “Western Sahara” conflict and qualified Morocco’s annexation of Western Sahara in 1975 as “occupation.” While Algeria welcomed this position, the Moroccan reaction to Ban’s visit and comments was negative and swift: an official condemnation of Ban’s misuse of words and what they perceived as “blunt partiality,” huge and unprecedented demonstrations on the streets of the capital Rabat on 13 March 2016, the garnering of unprecedented support regionally and internationally, and Morocco’s order on 21 March 2016 expelling 80 members of MINURSO (UN mission staff in the region whose task was to supervise the ceasefire) . Stunned by the Moroccans’ popular response and the swift official reaction, Ban expressed regret and called his statement a “misunderstanding,” an obvious disappointment for Algeria which opposes Moroccan annexation of Western Sahara.

Two conclusions can be reached from this succession of events: Ban Ki-moon’s admitting the “misunderstanding” and the continuing stalemate in the situation. With respect to the first, it is a fact that one thing that unites all Moroccans across party lines, in civil society, and across generations is the Sahara issue. The historical role of the Algerian elite in supporting the Saharan independence front Polisario is no secret. For Morocco, it is in this context that Ban Ki-moon’s use of the term “occupation” should be understood: a breach of the UN’s pledged neutrality in the conflict and a statement seen by Moroccans as an insult.

In 1991, the UN Security Council approved a plan that provided for a transitional period for the preparation of a referendum in which the people of Western Sahara would choose between independence and integration with Morocco . This referendum has not yet been held.

Morocco has a long and consistent position on the Western Sahara issue. Morocco has repeatedly offered the region a plan for autonomy under the Moroccan flag and invested heavily in the territory within a framework of advanced decentralization, as a way of easing tensions and finding a solution.

The rapid succession of events points to a prevailing tension and the danger of further escalation. It has been asserted that some members of the Polisario are involved in terrorist activities taking place in the Sahara and the Sahel region. This threat is real. Morocco fears that the creation of a new state led by Polisario will not serve peace but will complicate things further. It will, among other things, rekindle the old animosities between Morocco and Algeria and may lead to war between the two countries.

First, the Arab Spring has already substantially weakened security in North Africa. The originally Algerian group al-Qaeda in the Islamic Maghreb (AQIM) is now well established in Mali, Niger, and Mauritania and operates across the Sahel, from Algeria to Sudan. Second, Ansar al-Sharia has quickly been filling the power vacuum left by the fall al-Qadhafi regime in Libya and the chaos that resulted. The fact that Morocco raised its security vigilance in anticipation of terrorist fighters returning from Syria and Iraq attests to the seriousness of the security situation.

With the Middle East in turmoil, the world is paying little attention to the threat posed by the Western Sahara issue and the role the Polisario plays in it. Morocco fears that this lack of attention will only lead to further violence. 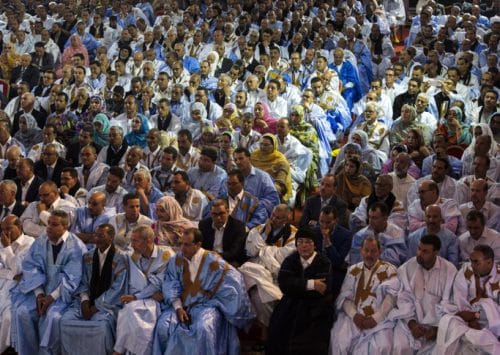 Tensions Flare in Morocco’s Sahara Conflict as Algeria Impedes Political Process
To avoid escalation, Morocco called on both the UN and MINURSO to intervene and stop the Polisario Front’s illegal man...