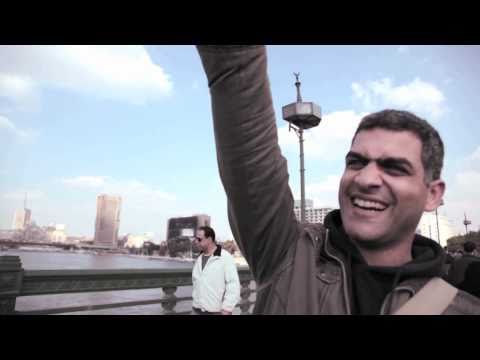 After almost six months delay, the Egyptian band Cairokee finally performed their long-awaited concert in May 2018. It was held at a mall on the outskirts of Cairo under heavy security. Riot police lined up along the entrance road of the parking lots. Police vans were parked just outside the fences surrounding the audience, and the conscripts packed inside could peek at the crowd through the vans’ barred windows.

Cairokee, an underground band formed in 2003, rose to fame in the period following the 25 January Revolution in 2011. Many of their songs reflect on the situation in the country at that time. Their first major hit, ‘Sout al-Horeya’ (‘voice of freedom’), produced with fellow underground band Wust el-Balad, became the unofficial anthem of the revolution.

While the band has been banned from performing a number of their songs, ‘Sout al-Horeya’ was played at the May 2018 concert. Lead singer Amir Eid only sang the chorus and kept silent throughout the verses. The audience, at least 10,000 people including many teenagers too young to have actively taken part in the revolution, sang the verses word for word.

It is not hard to see why the Egyptian state, allergic to almost every form of dissent or civil disobedience, sees a threat in such large gatherings. 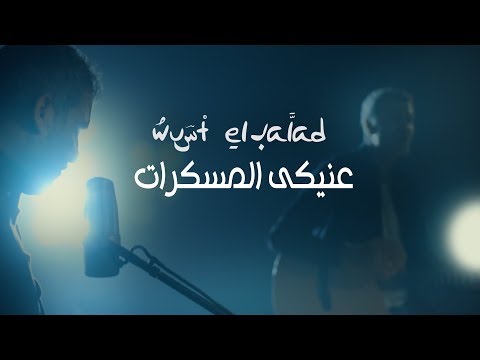 Since the September 2017 concert featuring the band Mashrou’ Leila, famous for raising a rainbow flag associated with LGBT rights, and subsequent crackdown on the LGBT community, permits for large music events have been even harder to obtain.

The Cairokee concert was cancelled several times in late 2017 and early 2018. Another music festival in late 2017, featuring bands including the Jordanian-Palestinian 47 Soul, was cancelled as well. Four songs from the latest Cairokee album did not make it past the censorship board, forcing the band to release its album online only.

Another successful band to emerge from the underground scene is Massar Egbari from Alexandria. They are less political than Cairokee but typically tackle social expectations in their lyrics. Massar Egbari translates into ‘obligatory path’, referring to society dictating one’s life path.

“You go to school, study, work, marry and have children,” the band’s keyboard player Ayman Massoud told Fanack. “You have to be an officer, doctor or engineer and be like everyone else,” he said of the social dictates. “If you met the father of your girlfriend and you said you play tennis or are a photographer, he would say go away and do that. If you work in a bank, it’s good.”

The song ‘Mosawmat’ on Massar Egbari’s latest album, released in December, talks about life being full of comprises, until you realize you have lived your whole life compromising and don’t recognize yourself anymore. It strongly relates to the personal story of the band’s members. “We first had this dream in 1992, looking at bands such as Dire Straits and Pink Floyd. But we had to follow the rules and only formed a band in 2005,” Massoud recalled. In 2011, he decided to quit his regular job and focus fully on music. “It was really difficult, my parents said I was crazy, and then I knew I was on the right track,” he said.

The dream has become reality. “We started playing for 12 people, now we have an audience of 30,000.”

However, Massar Egbari also encounters problems with large concerts. “You have to follow a lot of steps, and that’s not our job as musicians,” Massoud said. One concert was cancelled but others went well, he added.

The key to the band’s success is that everyone can relate to the lyrics, Massoud believes. 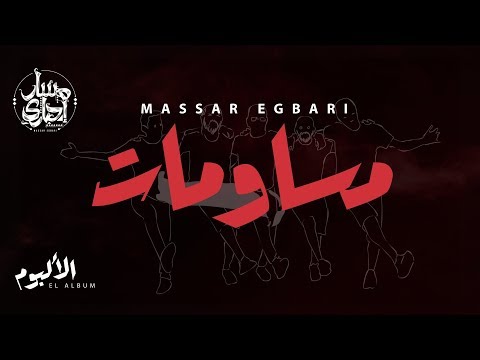 “A dream running away from you while you are not able to catch it – that counts for everyone.”

He has seen a positive change in social attitudes since the revolution. “People started to see things in a different way, they left jobs to become photographers or go in to music. People saw role models and started to accept a different path. It’s more okay to be different.”

He added: “Teenagers know all our lyrics, and a lot of bands cover our songs, that gives hope [for underground music].”

Starting out as an artist in Egypt nevertheless remains challenging. Accordion player, composer and singer Youssra el-Hawary decided to crowdfund her first recorded album and not to work with a production company in order to stay independent and retain control of her artistic choices.

She succeeded, but selling the album in stores was a huge hassle. After passing the censorship board, she had to get several permits for each song granting her the rights to distribute. As el-Hawary is a composer, singer and musician, she had to get permits granting herself the rights to the music. “Every song requires three permits of 350 Egyptian pounds [$20] each. For a 12-song album, that’s over EGP 12,000,” she told Fanack.

Many fans describe el-Hawary’s songs as cheerful, but they usually have a dark undertone. “I never see my songs as cheerful,” she said. The song ‘Babtesem’ (‘I smile’) talks about a girl who keeps smiling despite the fears she has lived with and her inner pain. Many of el-Hawary’s songs deal with life’s struggles. “I write about what is at that moment my biggest concern,” she said. “My own life, conflicts, dealing with Cairo.”

For her, art is not about sending a message but is a means of expression. “My songs are close to my personality and my way of dealing with things.”

Besides releasing an album, performing is a challenge for new artists as well. “There are a lot of restrictions,” el-Hawary said. “Organizing a concert requires a lot of permits, which are very expensive. You also have to be a member of the Musicians’ Syndicate in order to perform.” Becoming a member of the syndicate can be hard. “I can easily obtain a musician’s membership, but a membership as a singer is the hardest. The singer holds the mic and speaks to the audience,” el-Hawary explained.

Then there are taxes: 25% of the ticket price, which is as high for concerts by new artists as for large commercial concerts. “It’s not fair,” el-Hawary said. “The Ministry of Culture and the syndicate are supposed to support the music scene, but instead they impose restrictions.”

Massoud sees the same problem for new bands. “There are a lot of bands in Alexandria but they have no chance to perform. It requires a lot of paperwork, and you have to be a member of the syndicate. The idea is good but they shouldn’t force it,” he said.

The membership requirement limits the already scarce venues new artists can perform in. El-Hawary has perhaps one concert per month, which is not enough to make a living. “I don’t make money in Egypt, only from tours abroad.”

Performing in Egypt can potentially become even more complicated, if a new decree approved in July 2018 comes into force. As per the decree, Egypt formed a permanent committee to regulate and grant licenses for festivals. Representatives from the ministries of culture, interior, foreign affairs, civil aviation, tourism, antiquities, finance, youth and sports, and local development would all sit on this committee.

“The presence of the Ministry of Interior means that arts will be scrutinized through the lens of security, which is completely unwarranted. This decree puts us in a very precarious position,” film critic Tarek al-Shennawy told local media Mada Masr.

Under the new decree, a concert would require up to eight permits. The decree further stipulates that the minister of culture holds the right to cancel a festival if the event ‘defames the reputation of Egypt’.

‘This decision cannot be understood in isolation from the ongoing onslaught on creativity,’ wrote the Association for Freedom of Thought and Expression.

“When I see the venues and opportunities [for artists] when I’m travelling, it makes me sad,” el-Hawary said. “There is also the challenge of non-commercial music versus commercial, but they have at least the space, the space to breathe.”

Despite the challenges, they are not enough to make her leave Egypt. “Cairo is still the place that inspires me, I don’t know what to do about that. It is a city full of conflicts, it triggers questions.”