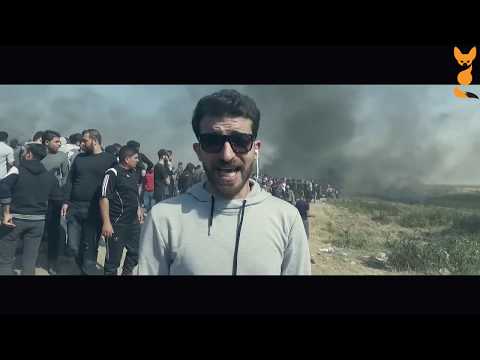 ‘Open the doors of the crossing so that I can see my life again; the idea of travelling has been haunting me; my back has bowed and yet I could not use my passport. Can anyone count the number of prisoners held in that [big] jail?’

These are the words of Palestinian rapper Minim Awad, who in 2017 pleaded with the world to lift the Israeli blockade imposed on the Gaza Strip in 2007 and open the main border crossings to allow citizens to travel abroad and trade freely. The lyrics come from the song ‘Prisoner No. 11848’, which he composed and posted on YouTube.

The song is one of many musical attempts by young Gazans to draw attention to their political, social and economic suffering as a result of the blockade and internal divisions. They are using rap to peacefully protest the political crisis, while at the same time criticizing some conservative traditions in Palestinian society.

Rap music is a branch of hip hop that emerged from the African-American communities in the United States during the 1970s, and was used to highlight racial discrimination and social problems such as poverty and unemployment.

The musical genre has been gaining popularity among young Gazans since 2002, as a means to criticize negative political and social practices in Palestine instead of resorting to violence.

According to Awad, rap music gave him a peaceful way to vent his anger about the difficult living conditions in the Jabaliya refugee camp as well as the ongoing blockade and high youth unemployment.

He considers most Gazans to be prisoners because of the tight restrictions on their freedom of movement as a result of the continued closure of the Rafah border crossing with Egypt, Gaza’s gateway to the outside world.

Awad also confirmed that he composes his own lyrics and produces his own songs because he has yet to find production companies to sponsor his work, in part due to the sensitivity of the subjects rap songs addressed, which may not be acceptable by everyone in Gaza.

For his part, Ibrahim Ghuneim, founder of the MC band, uses rap music to rebel against the political divide between Fatah in the West Bank and Hamas in Gaza and to express young people’s anger and frustration at the failure of the Palestinian reconciliation. Ghuneim rages against the leaders of the two sides of the divide. In ‘Claquette’ (‘last time’), Ghuneim addresses the Palestinian leaders, saying: ‘We are fed up with saying it again and again. Isn’t there a real man who can end [the divide] and take initiative.’ The video for the song showed ‘a short dramatic scene that depicted Palestinian leaders arguing among themselves about signing the reconciliation agreement and then tearing up the agreement several times because of their inability to reach a real understanding among themselves’. 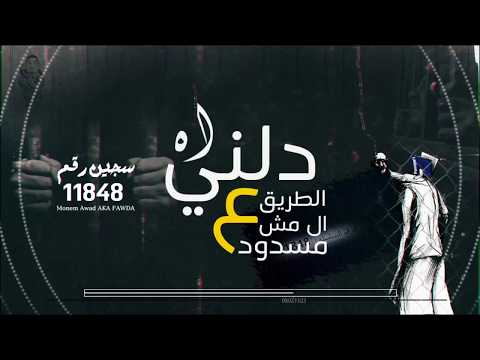 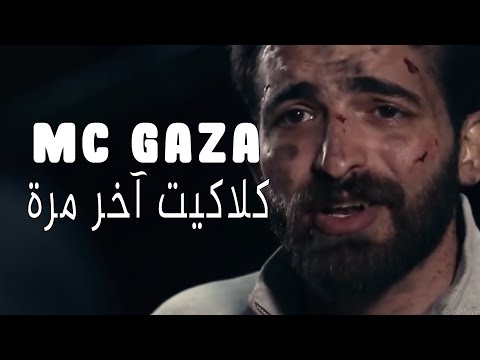 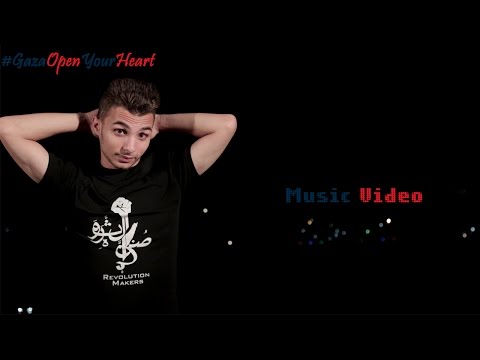 Ghuneim said that for him rap music is the voice of the rebellious youth, which was crushed by the political divide and blockade. However, the rap’s reach is severaly restricted by a government ban on public performances in Gaza.

Despite this ban, Ghuneim once succeeded in obtaining a special permit from Hamas to perform at a private wedding party in Gaza in February 2018.

However, Ghuneim and his audience, who were invited to attend the party 72 hours in advance, were surprised to hear that the owner of the hall had cancelled the reservation after he came under pressure from the police. Ghuneim was frustrated and felt that he had to leave the Gaza Strip to pursue other opportunities in places where he could organize rap parties with more freedom.

Like other young people, Ghuneim was forbidden from travelling to participate in several international rap music events organized outside the Gaza Strip due to the closure of the Rafah crossing and repeated Israeli refusals to grant him a travel permit for the Erez crossing.

Ghuneim expressed his regret that he could not travel, preventing him from realizing his dream to become a star and join international rap groups to make sure that the voice of the besieged Palestinian people can be heard across the world.

Rappers in the Gaza Strip use different approaches, with some singing in Arabic and addressing Arab youths only, whereas others mix Arabic with English to reach and attract Western audiences.

Therefore, some young musicians in Gaza are trying to establish their own production companies. For example, Abdul Azim Harbawi founded Fire Music as an incubator for rap music, in collaboration with a group of young performers who mix Arabic and English lyrics.

Rappers in the Gaza Strip are not limited to bands formed by friends or individuals with common artistic tendencies, as family rap groups have also emerged, mainly led by brothers, to convey the voice of young Gazans to Palestinian leaders and urge Gazans to have hope for the future.

For example, brothers Mohammed and Osama al-Soussi founded a rap duo and produced several rap songs that were posted on their YouTube channel.

Explaining why they perform Palestinian rap songs, Mohammed al-Soussi told Fanack Chronicle about their love of both music and singing, which has prompted them to perform and produce rap songs. He added that these reasons have encouraged them to consider performing rap songs in support of the steadfastness of the Gazan people and to revolt musically against the blockade and Palestinian divide, without taking advantage of the current political situation to achieve fame and popularity.

In one rap song, the al-Soussi brothers express their love for their homeland and hope that Gaza will rise again and be a place where young people can realize their dreams, otherwise most of them will have to leave.

Other challenges facing young rappers in Gaza relate to the production of rap music due to the shortage of necessary funding and the financial costs of renting recording studios. As a result of the ban on public rap performances, most young rappers promote their work on their YouTube channels and by participating in youth parties and social occasions, in which non-governmental organizations evaluate the rappers’ performances.

Despite the social, political and economic challenges facing Gazan rappers, they are determined to continue to produce their own music and give voice to the angry and marginalized youth, so that they can find a just solution to their problems.