Electrosteen is a collaborative album released on 17 January 2019 under the independent label mostaqell records and available on Spotify, featuring famous artists from the Palestinian underground music scene in a modern take on Palestinian folk, roots and traditional music. Produced and recorded in Palestine, the album aims to introduce a global audience to contemporary Palestinian sounds.

The starting point for Electrosteen was the Popular Art Centre in Ramallah, which has in its archives Palestinian Folklore music and songs recorded during funerals, weddings and other social events. Unlike many other cultures, traditional Palestinian songs have no set lyrics but rather a set rhythm. The singers are usually family members or close friends who make up the lyrics on the spot. Therefore, the lyrics differ from place to place and even from one performance to the next. These songs remain extremely popular.

It was Rashid Abdelhamid, a Palestinian architect, designer and producer, who decided that these songs deserved a new life through his Made in Palestine Project. Founded in 2013, Made in Palestine is an independent initiative aimed at creating and promoting contemporary Palestinian visual arts. The idea for a collaborative album was born after he started working with Sama Abdulhadi (artist name SAMA’), the first female Palestinian DJ. She started mixing in 2006 in Ramallah, and in 2010, she began producing her own music, focusing on electronic, techno, house and deep house. She came up with a list of seven other underground artists living in Haifa, Jerusalem, Ramallah, Paris and London who were interested in creating an album during a two-week workshop. The artists were Julmud,  Al Nather, Muqataa,  Sarouna M, Nasser Halahlih (Zenobia), Sarouna, Bruno Cruz and Walaa Sbait (47SOUL). They were joined by two guest artists: Mehdi Haddab (Speed Caravan) and Basel Naouri. 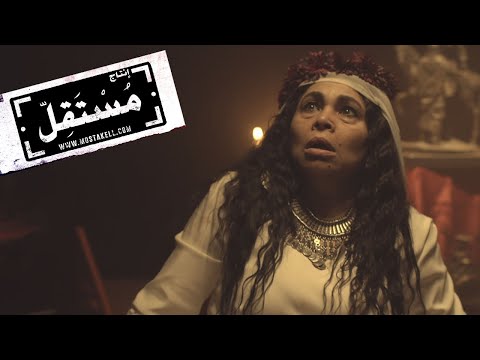 “It was to have fun,” Abdelhamid explained to Fanack. “I love music, and there is this whole generation of emerging Palestinian electro artists who are making music that is not necessarily Palestinian … I thought it’s also nice to have an identity when you are Palestinian.”

On the release of Electrosteen, Abdelhamid said in a press release, “[The album] aims to present an alternative vision of Palestine, one nurtured through the eyes of its most compelling contemporary cultural producers. Throughout the last half century, Palestine has been viewed almost exclusively – both regionally and internationally – through the camera lens of war, occupation, suffering and humanitarian strife. Through this innovative musical creation, Electrosteen aims to challenge that over-politicized image, and to shed a spotlight on Palestine’s cultural vitality and relevance in the contemporary artistic world.”

To achieve this, the producers and artists picked sounds that resonated with them and developed eighteen tracks that the whole team worked on during the workshop. Halahlih, a producer of music and experimental spoken word projects from Shefa-Amer, near Haifa, opted to work with an a cappella wedding song. “The sound of the woman in the recordings, the text and the vibe, documenting an old Palestinian wedding, touched my soul somehow and I decided to work with it,” he told Fanack. “I spent several hours listening to the files, until the idea came. I thought about the real happiness and the pure feeling in that situation, and I saw it as simple and funky, and this what I decided to do. The woman sings that they put on the agal [a black cord worn by Arab men around the head to keep a keffiyeh in place] on top of el-jara [a drinking water recipient]. I think those are symbolic words to show how much the groom is interested.” He signed up for Electrosteen “to be one of the people to keep these recordings and songs alive”. 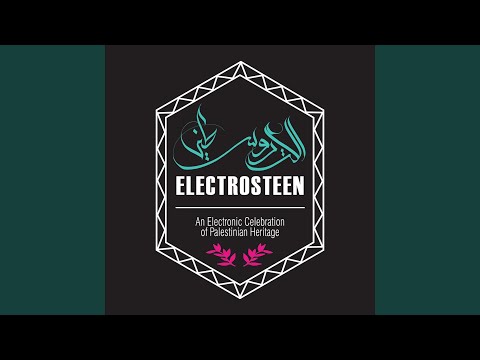 Another of the participating artists is 24-year-old Sarouna. Born in Jerusalem, she started playing music aged seven at the Edward Said National Conservatory of Music, specializing in a traditional instrument called the qanun. She later studied music and musical engineering at the Berklee College of Music in Boston, United States, where she had lessons with the famous Palestinian artist Simon Shaheen, building her abilities in classical Middle Eastern music as well as jazz, though she was also influenced by hip-hop and funk. She became interested in electronic music about four years ago, and enjoys experimenting with different genres and technologies.

“I was really ecstatic and hyped when they asked me to be a part of [Electrosteen], especially when I heard who else was going to be there, people I really look up to and admire musically,” she said. It took her a long time to go through all the proposed sounds and see how she felt about them, but eventually she also opted for a traditional and very popular wedding song. “When I heard it, I knew it was the sample I wanted to use; it’s very relatable and I liked the rhythm of it. For the second track, I was very intentional in choosing a sample featuring a woman who wasn’t talking about weddings because there were a lot of those in the recordings. I wanted something a little bit more political, and young women as well, just to capture this idea of young women and not old women in villages.”

Through this album, the artists involved hope to update the sound and image of traditional Palestinian music. They also see the album – which is described on its cover as an ‘electronic celebration of Palestinian heritage’ – as a way to reach new audiences who up to now may only have viewed Palestine through the lens of war.