Hip-hop music was one of the symbolic manifestations of countercultural movements in the United States in the 1980s and ’90s. Emerging on the periphery of American urban society, it has become very popular in Iran. Despite restrictions, hip-hop has found fertile ground and is now one of the country’s most popular musical genres.

Generally, hip-hop is considered a synonym for rap music. Rap is a style in which rhythmic and/or rhyming speech is chanted to musical accompaniment. Hip-hop began in the principally African American and economically marginalized South Bronx area of New York City in the late 1970s, although its exact roots are shrouded in myth and mystery.

In 1979, Sugarhill Gang’s ‘Rapper’s Delight’ was released on the independent African American-owned label Sugar Hill. Within weeks of its release, it became an international phenomenon and rap began to influence youth culture around the world.

It is difficult to pinpoint the exact beginning of rap music in Iran, but people were exposed to it from the early ’80s. At the time, the country was going through a radical and at times violent Islamization programme led by the post-revolutionary regime. Despite harsh punishments for the production and consumption of Western music, a variety of genres, including rap, was available on the black market. However, it was not until the early 2000s that rap began to flourish.

There were several factors that paved the way for the emergence of rap as a popular music genre in this period. First and foremost was the political climate. From 1997 to 2005, President Mohammad Khatami took dramatic steps to relax Iran’s sociocultural climate. During this reformist era, youth culture was invigorated and universities became a hotbed of political protest. This had a positive impact on both art and culture in the country. Although Iranian musicians still faced restrictions, new cultural platforms were created for artistic expression.

The other important factor was technology. The arrival of the internet was a paradigm shift for rap music. Before the internet, underground musicians could not reach a wide audience, but this changed with the emergence of online sharing platforms in the mid-2000s. According to rap musician Jazayeri, the rhythmic qualities of Persian, a language interwoven with Iran’s long tradition of poetry and literature, can also partly explain the popularity of rap music in Iran. Jazayeri, who was a member of the successful group Zedbazi, argues that rap is now “undoubtedly the most popular genre of music among 18-25-year-old Iranians. Rap is even the main thing teenagers like to listen to.”

Zedbazi emerged in the early 2000s and quickly gained a following. Its popularity was at least partly due to the controversial lyrics that included profanities and sexual references. This type of expression resembled American hip-hop, which often maintains the ‘shock element’. Although the roots of rap music are American and heavily influenced by African-American countercultural movements, Iranian rap gradually developed its own identity and flavour. 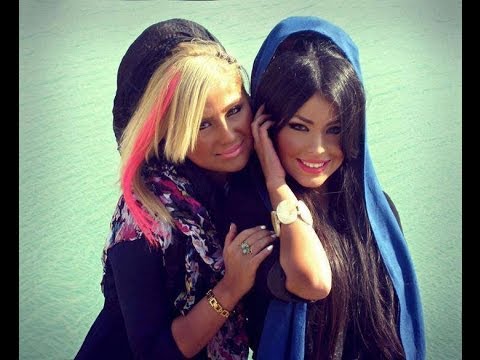 In the 2000s, one of the first and most influential rap songs was produced by rapper Soroush Lashkari, better known by his stage name Hichkas, meaning ‘nobody’. Hichkas, who is considered the godfather of Iranian rap, used traditional Iranian instruments and urban beats to create a hybrid genre, an amalgamation of East and West. Unlike many of his counterparts, Hichkas avoided swearing and rapping about violence, drugs and sex. Instead, he talked about social issues such as addiction, poverty and unemployment.

Iranian musicians are required to get official approval from the Ministry of Culture and Guidance to operate legally in the music market. Before granting any approval, the ministry assesses the music against the values of the Islamic Republic. In 2010, when President Mahmoud Ahmadinejad was in power, the deputy of the ministry stated that only 20 per cent of music reviewed receives approval.

These restrictions created a vibrant underground music scene, particularly in metropolitan urban centres such as Tehran and Shiraz. Many musicians sidestep state regulations by recording music in their homes or private studios and sharing it directly online. Many of them also organize underground concerts, which are becoming increasingly popular.

However, underground music production is not without risks. In 2006, after bringing out his first album Asphalt Jungle, Hichkas was arrested and accused of releasing music without permission. In recent years, some rap musicians have faced harsher consequences. Perhaps the best example is Shahin Najafi, a controversial musician who now lives in Germany.

Following the release of his song ‘Ay Naghi!’, Grand Ayatollah Lotfollah Safi Golpaygani issued a fatwa calling for Najafi’s death for apostasy. ‘Naghi’ is the name of a Shia imam whom Najafi allegedly ridiculed in his song. An Iranian web site, Shia-Online.ir, also offered a $100,000 reward to anyone who killed the rapper.

However, some rap musicians do receive permission from the state to perform freely. Yas, for example, focuses on social issues and keeps his lyrics clean. He is popular outside Iran as well. On 21 December 2011, he was voted ‘Artist of the Week’ on MTV Iggy, the music channel’s online platform.

Under President Hassan Rouhani, cultural freedoms have continued to expand. Legal Persian pop music is now widespread and pop concerts are regularly held in various cities around the country. However, securing a permit for hip-hop concerts remains difficult. Although the state has taken some steps to release the pressure on rap music, normalization of hip-hop continues to be a challenge.