Fanack Home / Music in the Middle East & North Africa / From Art to Entertainment: The ‘Shaky’ History of Belly Dancing

‘Nothing can be more creative than good dancing that is aimed at conveying a message. Belly dancing involves soft tones and movements accompanied by pauses and sharp looks by female dancers, who would twist their backs as if they will fall to the ground, and they would rise again in an artistic and creative way,’ wrote English poet and writer Lady Mary Wortley Montagu on encountering belly dancing during her travels to the Ottoman Empire.

On the walls of pharaonic temples, the ancient Egyptians drew dozens of images that portrayed dancing as an integral part of their lives. Dancing was a means of communication, entertainment, a religious ritual and a form of prayer. Dancing was used in burial ceremonies to comfort those grieving and exorcise evil spirits. Depictions of dancing were also displayed in cemeteries to delight the dead in the afterlife as well as during battles to motivate the troops.

Some performers have recreated dances, inspired by images and sculptures on the walls of temples and obelisks. Graphic designers have even been able to animate these ancient images and make them move to the sounds of Om Kolthoum and other modern musicians.

Over the centuries, standards changed as did perceptions of dance, from being a respected art form to a means of seduction practiced in public by women of questionable morality. After seeing belly dancers in Cairo’s Mohammed Ali Street, French writer Gustave Flaubert featured a belly dancer in his 1877 short story Herodias:

‘She twisted from side to side like a flower shaken by the wind. The jewels in her ears swung in the air, the silk on her back shimmered in the light, and from her arms, her feet, and her clothes there shot invisible sparks which set the men on fire.’

It was Badia Masabni, originally from Lebanon, who is credited with returning belly dancing to respectability. From the 1920s onwards, she opened a series of elite clubs in Cairo, notably Badia Casino, which was also the world’s first belly dancing academy. In these clubs, the upper classes could enjoy the talents of trained dancers in a more private and formal setting.

In a wonderful 1968 television interview, Masabni said, “I developed belly dancing as it never has been before, and the development that I introduced survived for decades and no one succeeded in developing it like I did. I mixed Arabic and Western music. The Arab takht [musical instrument] played solo and the orchestra did the same as before, and then I combined the two because the Arab takht alone did not please the audience. So, combining it with the Western rhythm had great results. I also introduced diversification to belly dancing, incorporating a lot of Spanish, Turkish and Ajami dances to make sure they are not boring.”

Badia Casino attracted dancers from far and wide. Among its most famous students were Zainab Khalil, who became known by her stage name Samia Gamal, and Tahiah Mohammed, whom Masabni renamed Tahia Carioca for her mastery of the Latin Carioca dance.

Masabni decided to sell Badia Casino in 1950. Due to a new tax law on the sale of businesses, which her lawyer failed to tell her about, Masabni received an enormous tax bill. Unable to pay it, she was forced to flee the country and returned to Lebanon.

The club was taken over by another former student, Beba Ezz el-Din. She continued Masabni’s tradition of attracting and training belly dancers. None could match the subtle sensuality and superb technique of Tahia Carioca, however, who remained one of Egypt’s most revered artistic figures of the 20th century. Although Carioca was also politically active – she vehemently opposed the British occupation and was arrested on several occasions for her communist beliefs – she is best known as the ‘Queen of Oriental Dancing’.

Palestinian academic and literary critic Edward Said described her thus, ‘Some female dancers may resort to acrobatic movements, skating on the ground, or light nudity, but [Carioca] does not do any of this. Her elegance and agility show what is perfectly classical and even majestic, and the irony here is that she was tangible and close but far and farfetched at the same time. Her dance resembled a long-standing well-made arabesque created by her from around her partner sitting beside her. She didn’t jump, shake her breasts, or come forward to someone to push or touch him. Everything was done with great patience, including the quick movements.’

In the decades since, belly dance has continued to evolve. Dancers from Russia, Ukraine, Brazil and Armenia have been able to establish themselves, despite their mediocre talent, because their performances satisfy a market demand.

“Belly dancing has been one of the most important arts that the Arab world has known, especially in Egypt and Lebanon, for a long time. Unfortunately, however, there has been a decline in its significance, and it has been treated as discredited art, which coincided with the Sunni Wahhabi tide in the 1970s,” said Mohamed Abdelrahman, art critic and editor-in-chief of the FilFan entertainment news site. “This explains why most famous female dancers were non-Arab. Besides, the scenes of belly dancing are no longer used in Egyptian cinema. Although dancing continues to be present in nightclubs, these scenes [in films] have been replaced with those of female and male popular singers.”

He added: “It was remarkable to see an oriental dance festival held at the Mina House Hotel every year and receiving a high turnout. However, since 2012 the event has not been advertised and it is held almost secretly without any publication. I think this situation will continue for a long time because we now need to localize belly dancing. It’s difficult at this period because it requires changing the culture of society and there’s no support from other arts like cinema to allow for female dancers to perform in movies, for example. The irony is that there are female dancers on the north coast all summer, most of them are foreigners dancing on beaches during the day and wearing swimming suits such as bikinis. This indicates that belly dancing has transformed from being art to entertainment.”

In an article on the origins of dance, Andrea Deagon, a professor at the University of North Carolina, remarked, ‘We have to look at a sophisticated, complex and changing world of all kinds of dances, and belly dancing will certainly evolve in the future in the hope that it won’t reveal the secret that made it special. However, dancing needs to be maintained by focusing on its aesthetic character and stay away from corporeal temptation. This will be the only way the new generation of female dancers can offer an inherently new style and spread it to future generations. Perhaps this is the only way belly dancing can restore its original form, rising from its current reputation to a better one.’ 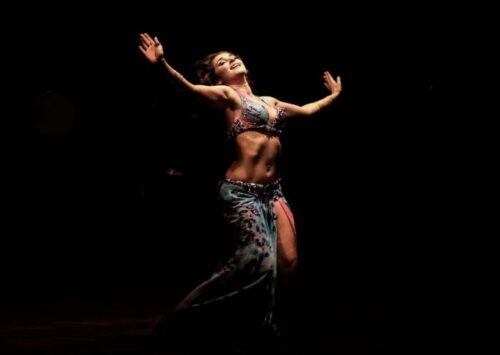 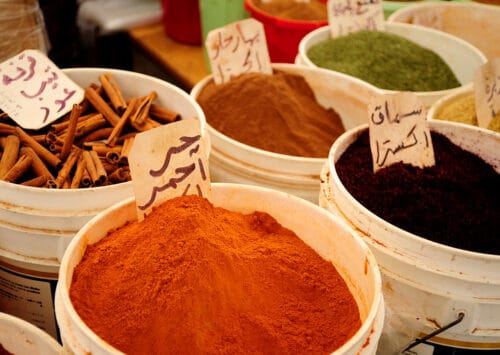 Economy
Economy
Lebanon has a free-market economy and a strong laissez-faire commercial tradition. The government does not restrict fore...

Silvia Tomarchio ©Flickr
Silvia Tomarchio ©Flickr
"Ignorance leads to fear, fear leads to hatred, and hatred leads to violence.
This is the equation."
IBN RUSHD/AVERROES (1126 – 1198)
We are a Dutch not for profit organisation (NGO), financed solely by individuals who share our belief in the importance of publishing and disseminating reliable, unbiased information on the Middle East & North Africa region. To represent the voice of the region’s people, we carefully echo the region’s heartbeat by offering fact-checked and therefore credible information.
Your support is greatly appreciated and helpful!
Donate