Following the popular uprising in 2011, many Syrians turned to art, notably music, to record the revolution and express their hopes for a more just future. In contrast to the top-down nature of the official culture before 2011, the revolutionary culture came from the bottom up. It also allowed for more diversity. The eastern city of Raqqa, for example, held its first hip-hop concert shortly before it was captured by the Islamic State (ISIS). Although musical expression in Syria is not new, it is only since the war that it has become overtly political.

“[Syrian rappers] talk about before and after 2011,” Olivia (she did not want to give her last name), a passionate rap fan and the founder of Nashara, an initiative to promote Syrian rap in France, told Fanack. “They feel now they need to say certain things … They tend to talk about politics, jail and torture in Syria and elsewhere; those are recurrent themes.”

Al Sayyed Darwish, a member of the popular three-piece hip-hop outfit LaTlateh, fled to Lebanon after being tortured for his part in the early days of the uprising. “If you got caught [performing in public without a permit], they [the regime forces] might arrest you,” he told journalist Janne Louise Andersen in 2012. “There isn’t a law really. You can stay like a month in one of the intelligence institutes without being charged with anything. For me that’s a big risk, not just for me, but for all the people that I know. Now, it’s actually not the government keeping us from performing. There’s death, people starving. You can’t make an event and expect people to show up.”

Music kept him going, he said. “It’s something you are experiencing every day. Like, thinking 24/7 about the friends you lost, and experiencing what other people are experiencing, getting shot at, getting followed by the shabiha [government loyalists], hiding in people’s places. The paper understands you more than anyone, because it doesn’t have another opinion, it’s healing and writing is a cure.”

His mother, who is an English teacher, has started translating his songs. ‘Ya Deeb’ is one of them: ‘I remember the neighbour’s voice shouting at her children, shutting her doors because the war has come near. Listen, I’m not telling a story to amuse you. I’m stating a reality to wake your conscience. I left the circle of death and lost was my face. I know where it is, I hid it with them.’

The Syrian war has had such an impact on the region that even rappers who have not experienced it first-hand are rapping about its repurcussions.

“I felt like addressing the situation even if I’m mostly familiar with the Lebanese scene,” said Chyno, a Syrian-Filipino rapper based in Beirut. “I didn’t use to consider my music political because it’s about telling stories of people, human beings. But I’ve ended up attracting political groups to it – left, liberal and progressive activists, for example. For the past three years, I’ve felt my work becoming more political.”

His latest project is the soundtrack for a web series called El Dahleen (‘the misled’), which addresses the recruitment of young men by IS. “During the development of the series, we went through a lot of research and focus groups with kids being profiled as alleged terrorists,” he said. “It was very interesting, you can really feel with the story the different dynamics and reactions towards lack of hope and terrorism.”

Although this project is in Arabic, his solo albums are in English “because they are directed towards the West, like [the ones] about Islamophobia.” Before moving to Beirut, Chyno spent several years living in Syria doing “cool stuff with my friends. We were young and from the middle class so it was an easier life, and the [Syrian rappers] I know now in Europe, who are very political and aggressive, are also mostly from the middle class.”

Although many rappers have left Syria, a small group of students is trying to fill the void by developing their own talent. In Damascus, 18-year-old Seraj raps with his friends. “Rap is a way to express ourselves. We will continue to write about everything we feel and we will not close the window as long as we can breathe,” he said. “The source of our inspiration is the reality around us. Ultimately, I rap in order to talk about things we need to talk about. Politics can’t be mixed with art, in my view. But the times we live in are forcing us to talk about politics and not to be silent.” 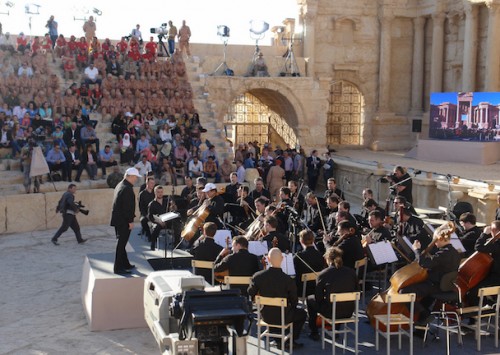 Society, Media & Culture of Syria
Three quarters of the Syrians are Sunnis. Within the Syrian population there are also Christian, Alawite, Druze and Isma...