Ask anyone in Lebanon about Ziad Rahbani and you will receive the same response: “Ziad? He is a genius.” A pillar of the country’s artistic scene, Rahbani is a singer, composer, writer, playwright, journalist, radio presenter and political commentator.

He was born on 1 January 1956 in the city of Antelias, a few kilometres north of Beirut, to a Maronite family. He is the son of the composer and musician Assi Rahbani, who with his brother Mansour Rahbani became known in the Arab music world as the ‘Rahbani Brothers’. His mother is Nihad Haddad, better known as Fairuz, the famous Lebanese singer.

Educated in a Jesuit school, Rahbani displayed his musical talent early. His first known work is My Friend God, written between 1967 and 1968 when he was just 12 years old. In it he wrote: “There are no [true] writers on earth; we only write to record our daily lives, and we only care for our ink (own writings) and refuse to give it to others.”

In 1971, aged 15, he composed his first song, which was performed by the singer Huda in the drama series From Day to Day.

In 1973, Fairuz was cast as the lead in a play written by the Rahbani Brothers and titled The Station. Rahbani junior was also given a part, gaining his first acting experience in the role of a policeman. The same year, when Assi Rahbani was hospitalized, Mansour wrote the lyrics for a song about his brother’s forced absence and called it ‘The People Asked Me’. Ziad, then aged 17, again composed the music, making it the first of a number of songs he would write for his mother. The song was well received by the public.

In 1975, Rahbani composed the introduction of a play called Mays al-Reem, in which he again played the role of a policeman.

He was to become a controversial figure, tending to portray political personalities and reflect reality and everyday life in his work. He was critical of Lebanese politics and openly biased toward the causes of those he perceived to be oppressed. During his political talk show We are still alive. Thank almighty God, which was broadcast by the National Radio of Lebanon in 1976-1977, one year after the outbreak of the civil war, Rahbani strongly criticized rightist Lebanese politicians. He favoured those he described as the poor who were under “the military control” of these politicians. The forces of the rightist politicians were not spared his harsh criticism even when they were besieged by the Syrian Arab Army.

As a playwright, Rahbani wrote Sahriyah (One Night Out) in 1973 and composed the accompanying score. Following that work, Rahbani diverged from the style that later became known as the Rahbani School and used drama as a means to promote songs without devoting much attention to the content of the drama.

Rahbani’s plays We are Pleased (1974), What About Tomorrow? (1978), Long American Movie (1980), Failure (1983), Speaking of Dignity and Stubborn People (1993), and Had it Not Been for Hope (1994) satirized the political and social reality of the time. For example, he once wrote: “People wake up one day, even if it takes them some time. Sometimes, people take a long time to wake up, but eventually they will wake up.”

Rahbani has never hid his political affiliations. He is the ‘unusual’ artist, critical of his peers who do not express their political views for fear of losing their audience.

Rahbani is also a journalist. He has written for al-Nida and al-Nahar as well as for al-Akhbar to express his support for its launch. He was born and raised in an area that in the past was controlled by right-wing Christian parties. However, he has always been a leftist and a supporter of the Lebanese Communist Party, denying that the party had become obsolete in Lebanon. At the same time, in an interview with the famous journalist Ghassan Bin-Jiddu, Rahbani said that the destruction of and bloodbath in the Palestinian camp Tall al-Za’tar by rightist Christian militias in 1976 was the main reason that he decided to leave politics. Yet he also expressed his support for the Lebanese resistance and its project in the face of the Israeli enemy.

Rahbani’s personal life has been as intense as his political and artistic one. In 1979, he married Dalal Karam, with whom he had a son, named Assi after his father. Karam lived in what was known at the time as the eastern region, while Rahbani lived in the western region, and it was difficult to move from one area to another. In 2009, Rahbani divorced Karam and legally disowned Assi after a paternity test showed that Assi was not his biological child. He then lived with but never married the Lebanese actress Carmen Lebbos. Lebbos ended the relationship after 15 years, saying that Rahbani could not give her the security she dreamed of.

Rahbani’s artistic contribution is undeniable, whether one agrees with his politics or not. He has a huge and loyal fan base in Lebanon, some of whom have gone so far as to wish God would take from their life so that he can live longer. Rahbani once said: “One died and gave me what was left of his life…. What should I do with his life when I do not know what to do with what is left of mine?” 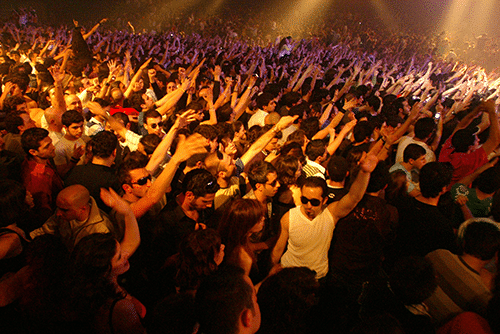