The Executive
Governorates and Regions
Political Representation
The Military

Oman is a monarchy. It does not have a Constitution, but instead has a Basic Law or White Book that the government views as constitutional. The head of state is the Sultan. In November 1996, Sultan Qaboos issued a royal decree promulgating the Basic Statute which sets out the royal succession, provides for a Prime Minister, bars ministers from holding interests in companies doing business with the government, establishes a bicameral Parliament, and guarantees basic rights and responsibilities for Omani citizens.

In the judicial field, the civil courts are divided into four departments. Criminal courts handle cases under the penal code. Sharia (Islamic law) courts oversee personal status and family law issues. Commercial courts adjudicate business and commercial matters, and labour courts oversee labour and employment cases. There are no political parties. There is an administrative subdivision of the country into nine governorates and regions and 61 districts (wilayat).

The chief of state was Sultan and Prime Minister Qaboos bin Said Al Said, from 23 July 1970 untill his death 10 January 2020. The monarch is both chief of state and head of government. The cabinet is appointed by the monarch. The monarchy is hereditary.

Without progeny, in 1996 Qaboos amended the Basic Law, determining that upon his decease his family should choose a male descendant of Turki bin Said, Sultan of Muscat and Oman from 1871-1888, as his successor. In case of disagreement, Qaboos has drawn up a document stating the name of his preferred choice.

The Sultanate is divided into nine governorates and regions: the governorates Muscat, Dhofar, Musandam, and al-Buraymi, and the regions al-Batina, al-Zahira, al-Dakhiliya, al-Wusta and al-Sharqiya. Each governorate and region is ruled by a governor. The Governorate of Muscat is the most densely populated region in the Sultanate with a population of more than half a million. It is Oman’s political, economic and administrative centre. Muscat accomodates both the traditional heritage of Omani society and modern contemporary features.

The Governorate of Dhofar is in the far south and borders on the Wusta Region to the east, the Arabian Sea to the south, Yemen to the west, and Saudi Arabia to the north and north-west. The Governorate of Musandam lies in the extreme north, separated from the rest of the country by a strip of land belonging to the United Arab Emirates.

It is distinguished by its strategic location, with part of it known as Ras Musandam overlooking the important international sea passage of the Strait of Hormuz. The part suitable for sea navigation falls within the territorial waters of the Sultanate, which has required Oman to shoulder a large responsibility in organizing navigation in this strait. It has become a crossing point for 90 percent of the Persian Gulf’s oil, which is shipped all over the world. The Governorate of Buraymi is situated in the north-west corner of the Sultanate, adjacent to the border with the United Arab Emirates. It has a number of historic forts and houses.

The Batina Region occupies a coastal strip along the Gulf of Oman. The Zahira Region is a semi-desert plain which slopes from the southern foot of the Hajar Mountains towards the Empty Quarter.

The Sharqiya Region forms the north-east coast of Oman and overlooks the Arabian Sea. The city of Sur is one of the regional centres and the most important of al-Sharqiya cities. It played a historical role in trade and navigation in the Indian Ocean. It was known for ship building. The Wusta Region is situated to the south of both the Dakhiliya and Zahira Regions. It includes a large central area of the Sultanate and is distinguished by having a great number of oil wells.

Oman is an absolute monarchy ruled by the Sultan and the government appointed by him. Political parties and politically motivated associations are prohibited. In November 1996, Sultan Qaboos issued a royal decree promulgating a Basic Law. The government considers the Basic Law to be constitutional. Among other things, it established a bicameral legislature. The legislative branch consists of the State Council (Majlis al-Dawla, or Upper Chamber) with 71 seats, and the Consultative Council (Majlis al-Shura, or Lower Chamber) with 84 seats. The members of the State Council are appointed by the monarch and have advisory power only. This applies to the members of the Consultative Council, who are elected by popular vote to serve a four-year term. The suffrage is universal for all citizens aged 21 or older. Members of the military and security forces are not allowed to vote.

During the elections in October 2007, none of the twenty female candidates were elected. Elections for the Shura Council were renewed on 25 October 2015. Of the 56 women candidates, only one won a sit.

Royal Army of Oman
Oman has tended to position itself as a mediator of regional conflicts, and generally avoids joining other countries in the Gulf Cooperation Council in regional military interventions. It has also been a strategic partner of the United States (US) since 1980, hosting US forces during every US military operation in the region since then.

In 2019, 9Oman ranked 82 out of 137 countries included in the annual GFP review. That year, the number of people who reached military age was estimated at 61,194 personnel, while military expenditure was estimated at $6.7 billion. In 2018, military expenditure accounted for 8.2 per cent of GDP, compared with 9.6 per cent in 2017 and 12 per cent in 2016, according to the Stockholm International Peace Research Institute. 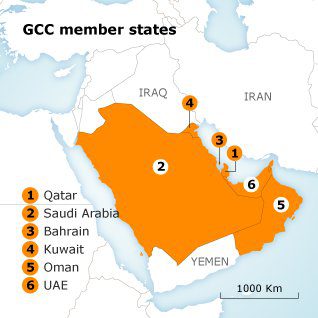 Role of the GCC
On 26 May 1981, in Abu Dhabi the Gulf Cooperation Council (GCC) Charter was signed by the heads of state of Bahrain, Kuwait, Oman, Qatar, Saudi Arabia and the United Arab Emirates (UAE). Although security and strategic issues w... 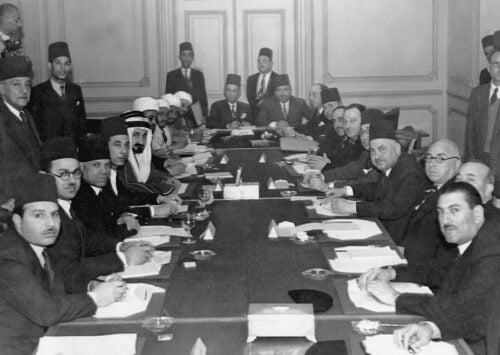 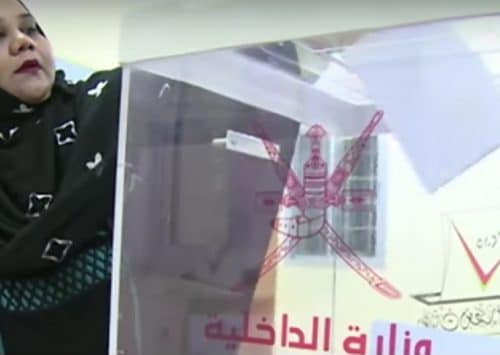 Elections in Oman
The Shura Council eighth-term elections in the Sultanate of Oman, held on Sunday 25 October 2015, brought nothing new. Tribal alliances and “political money” played a significant role in setting up the next four years of parli...