Neutral Oman Braces for Challenges Ahead Amid Sultan’s Ailing Health

As the Middle East unravels, the future of Oman looks ambivalent. Its ruler, Sultan Qaboos bin Said al-Said, first took power from his father in 1970 in a bloodless coup, paving the way for the transformation of the country into a vibrant and relatively stable member of the Gulf Cooperation Council (GCC).

Before Qaboos assumed power, Oman was one of the poorest countries in the world. Roughly 66 per cent of the adult population was illiterate, and there were only three schools. Worse still, 20 per cent of children died before the age of five, while everyone else was lucky to live beyond the age of 50.

Today, there are 1,230 schools and adult literacy has increased to 94.8 per cent. Most impressive, the average life span is 76 years and the GDP has skyrocketed from $256 million in 1970 to over $80 billion. Unlike other countries in the Middle East – where political elites often syphon off the national wealth – the quality of life for all Omanis improved substantially as the country became richer.

Under Qaboos, Oman has also maintained a relatively neutral stance in most of the region’s biggest crises. By assuming the role of peacemaker, Oman has adopted a foreign policy independent from its stronger neighbour Saudi Arabia. For instance, while enjoying the full benefits of GCC membership, Oman has maintained close ties with Saudi Arabia’s arch-rival Iran.

For years, the global community has applauded Oman’s neutral stance. The Obama administration even relied on Oman to broker an end to the conflict in Yemen, which has so far claimed the lives of more than 10,000 people and resulted in widespread famine.

Oman’s mediating role helped it to strengthen ties with the United States (US). Not only did Oman accept Yemeni prisoners from Guantanamo Bay, but it also secured the release of Western captives inside Yemen and the safe exit of US embassy workers in the Yemeni capital Sanaa in February 2015. All the while, officials from Oman hosted secret negotiations that brought all the major parties, including Saudi Arabia and Iran, to the table.

However, ties with the US became strained after the election of Donald Trump in November 2016. Unhappy with Oman’s neutral stance, Trump has pushed Oman to pick sides in the war in Yemen and the Saudi-led diplomatic feud with Qatar over its alleged support for terrorist groups.

Jay Solomon, a distinguished fellow at the Washington Institute, wrote that Saudi Arabia, the United Arab Emirates (UAE) and the US are demanding that Oman crack down on the smuggling of Iranian weapons through its territory. The weapons ostensibly end up in the hands of Shiite Houthi rebels in Yemen. While Oman has denied it is a smuggling route, one former US official told Solomon that whenever Oman is pressured to align its foreign policy more closely with Saudi Arabia’s, it generally obliges.

Yet according to one Arab Gulf official, many figures in the GCC still have a negative view of Oman’s position in Yemen. Some media reports have stated that officials from Yemen, Saudi Arabia, the UAE and the US believe that Oman is supporting Iran and the Houthis in the bloody civil war. To their dismay, Oman has drawn closer to Iran. In June 2017, the two countries strengthened their collaboration in a myriad of sectors, including energy, trade, investment and defence. The news came just days after Saudi Arabia, the UAE, Bahrain and Egypt announced that they were cutting diplomatic ties with Qatar.

Rather than follow Saudi Arabia, Kuwait and Oman stayed neutral. Kuwait became the primary mediator between the warring parties. Oman also endorsed diplomacy while strengthening relations with Qatar. Not only have several new Omani products appeared in Qatar’s stores, but flights between the two countries have also increased.

Giorgio Cafiero and Theodore Karasik, two experts with Gulf State Analytics, argued that Oman’s assistance to Qatar could deepen Saudi and Emirati resentment towards them and fracture the GCC even more. Yet Hani Sabra, a Middle East analyst and founder of the New York-based Alef Advisory, told Fanack Chronicle that Saudi Arabia is unlikely to punish Oman for dealing with Qatar.

“It’s already not good for Saudi Arabia that Oman and Kuwait have maintained neutrality regarding the Qatar crisis,” Sabra said. “The last thing that Saudi Arabia wants is to have a bloc of GCC countries that are united against it.”

Meanwhile, the more pressing concern for Omanis is who will succeed Qaboos once he dies. The ruler, now 76, is ailing and has spent months at a time in Germany receiving cancer treatment. With his death looming, Omanis are struggling to fathom a world without their leader. Yet Qaboos, who has no children or brothers, has not given any hint about who will succeed him.

The final decision is in the hands of a family council, which will have three days to choose a successor after Qaboos dies. If they fail to reach a consensus, they will open two sealed envelopes that Qaboos has left behind, each containing the name of his preferred candidates.

Some analysts argue that the sultan could reduce the collective distress of his people by announcing his preferred candidate now. But doing so, according to Omani political analyst Ahmed al-Mukhaini, would allow local and foreign figures to co-opt or sideline the next ruler before he even took the job.

Worse still, if Qaboos endorses more than one person, which he said he has done, then Oman might not witness a peaceful transfer of power. Rival figures and parties could vie for power if they believe they have an equally legitimate endorsement to become Oman’s next ruler. But this scenario, said Sabra, is unlikely, though he stressed that whoever is ultimately selected, he will have big shoes to fill. Qaboos, after all, is the country’s prime minister, defence minister, foreign minister, head of the armed forces and head of the central bank. Although he does not perform the daily tasks for each of these roles, whomever replaces him will have to build their own political capital from scratch.

Oman nevertheless appears destined to maintain internal stability and its global reputation as a peacemaker. This is largely thanks to Qaboos who offered several concessions to protestors at the beginning of the Arab Spring in 2011, thereby avoiding the turmoil that has destabilized other countries in the region. He promised to give parliament legislative powers and guaranteed the creation of at least 50,000 government jobs.

However, human rights abuses remain an issue. Activists and bloggers have been harassed and jailed for simply advocating speedier reforms, according to Human Rights Watch’s 2018 annual report on Oman. The report highlighted that Omanis are also not free to protest without fearing arrest or state reprisal.

Whether human rights will improve under Oman’s next leader is unclear. What is clear is that Qaboos’ illness and absence is at least preparing Omanis for a future without him. 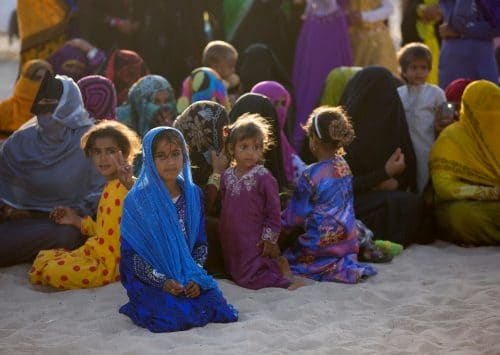 What Makes Oman Immune from Terrorist Groups like al-Qaeda and Islamic State?
The Omani government’s policy of distancing itself and refusing to engage in any conflicts or wars in the region, as w...