In March 2011, the Sultan took several steps in response to the protests, replacing six ministers who had been accused of corruption. The minimum wage and unemployment benefits were increased substantially. In the following two years, the government provided its nationals tens of thousands of jobs in the already saturated public sector. Doubts have been raised about the effects of these steps. Although the Sultan sacked several of his ministers, other long-serving officials retained their positions.

The Sultan stressed in his November 2012 speech that the public sector has limited capacity and the private sector therefore needs to provide more jobs in the future. He announced to promote Omanis to start their own businesses. February 2013, the Shura Council passed a new law to further raise the minimum wage for Omanis in the private sector from July 2013, making Omanization of the workforce even less attractive to employers.

In October 2011, the Sultan decreed an amendment of Article 58, Basic Law providing the Shura Council the right to approve or amend laws proposed by the cabinet, before presenting a final to the Sultan for approval. Members of the Council can also propose laws, suggest changes in government regulations and hold ministers accountable. It is uncertain whether these amendments will provide the Council more (real) legislative powers. The Council’s authority to question ministers is limited to so-called ‘service ministers’ and excludes key ministries that are still headed by the Sultan (Defence, Finance and Foreign Affairs) and are widely accused of corruption. Activists have demanded separation between the Sultan and the posts of Ministers, including the Prime Minister. The Sultan has refused to appoint a Prime Minister.

Despite uncertainty over the Shura Council’s powers, on 15 October 2011 76 percent of eligible Omanis voted in elections for the 84 seats in the Council. Three candidates who had played a prominent role in the protests were elected. In addition, Oman held its first municipal elections ever in December 2012, in which 50.3 percent of eligible Omanis voted.

In response to protesters’ demands the government has also pledged to boost state spending by more than 25 percent over the next four years. The state budget will be raised from USD 111.3 billion to USD 139.7 billion to cover additional requirements to create jobs and provide social security.

The uprising in Oman has forced authorities to compromise on transparency and accountability in governance. All in all, Sultan Qaboos has responded to the protests with more substantial reforms than other Gulf monarchs. One explanation for his exceptional stance is that all authority is concentrated in the Sultan’s hands; moreover, he is not constrained by frictions within the ruling family. Yet, renewed protests were a sign that limited political and social reforms have not satisfied Omanis. The Sultan has managed to avoid further crisis, but at a price: continued repression of activists and further restrictions in freedom of expression and assembly. 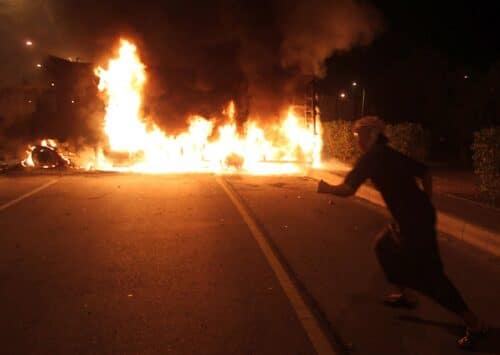 Oman’s Arab Spring
Inspired by developments in Tunisia and Egypt, Oman was the centre of a modest version of the Arab Spring. From late Feb...