Fanack Home / Oman / Past to Present / The mountain rebellions

The peaceful period in the early 20th century came to an abrupt end in the 1950s, when a new Imam had to be elected in inner Oman. This brought rival tensions which drew attention from the international community and attracted support for both sides. The dispute, which in principal concerned sovereignty over the interior parts of Oman, soon became part of a wider struggle, linked to the British role in Arabia on the one hand, and to proponents of pan-Arab nationalism, backed in particular by Egypt and Iraq, on the other side. Saudi Arabia supported the Imamate leaders. In addition, an exploration team from Petroleum Development Oman (PDO) began activities in the interior, accompanied by a force under the ruler’s and British control.

When the situation worsened, the ruler, with the support of the British, launched an operation against the tribal rebel leaders in the interior. Siege was laid to al-Rustaq. After a period of victories and defeats for both sides, the next step was a successful combined operation of the SAS (Special Air Service – a British elite unit) and the SAF (Sultan’s Armed Forces) on the Jabal al-Akhdar plateau in 1959.

A case was brought to the attention of the United Nations by other Arab countries but to little avail. The dispute basically concerned the legality of the 1957 rebellion centred around the Imamate and the subsequent steps taken by the Sultan and the British to suppress it. When the Sultanate joined the United Nations in 1971, the ‘question of Oman’ was resolved. 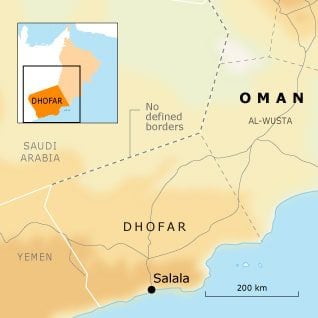 The Dhofar rebellion in the 1960s also started as a result of discontent among the Jibalis (the Mountain People) over the authority and legitimacy of Sultan Said bin Taymur, whose residence was in Salalah, in the Dhofar region. However, this unrest developed into a Marxist movement whose goal was revolution. The Dhofar Liberation Front (DLF) and its successor, the Popular Front for the Liberation of Oman, gradually developed from a nationalist into a radicalized armed movement. International powers became involved because of the ideological aspect and the high stake of petroleum wealth in the region. The Soviet Union, the People’s Republic of China, and the neighbouring, newly formed People’s Democratic Republic of Yemen, and Iraq on the one hand, opposed the British on the other side. 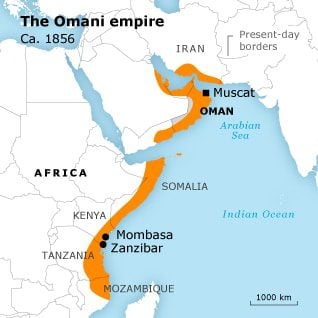 European powers
In the early 16th century a prosperous maritime network connected the countries bordering the Persian Gulf such as Iraq,...