The public-health system in Gaza has been severely affected by the Israeli blockade and by the political divide between the West Bank and Gaza. Severe shortages of essential drugs and medical supplies, an unstable power supply and a lack of fuel for generators, and inadequate maintenance capacity and spare parts for medical equipment have contributed to a deterioration in the quality of care. The blockade creates other enormous problems for the health system, including a chronic shortage of specialized medical personnel and access to training. More than 1,000 patients are referred monthly for specialized care to health facilities outside the Gaza Strip, but their access to East Jerusalem and West Bank hospitals, and to Israel and Jordan, is restricted by the Israeli permit system.

According to a report by the World Health Organization (WHO), the main challenge to the health-care sector in Gaza before and during the Israeli attack in November 2012 was the availability of drugs and medical supplies; more than 40 percent of the drugs on the essential drug list and more than 50 percent of medical consumables were out of stock before the attack.

The shortages include lifesaving drugs, such as those for treating cancer and cardiovascular disease, psychotherapeutics, and kidney-dialysis products. Lack of anti-infective agents, including life-saving antibiotics, places vulnerable groups, such as young children, the elderly, and diabetics, at particular risk. Many people rely on a consistent supply of medication to manage chronic cardiovascular disease. Interruption of treatment places these patients at risk of complications such as stroke and myocardial infarction. Lack of cancer and dialysis treatments has severe short- and long-term implications for mortality.

According to the WHO, patients chose, or were forced, to delay their medical treatment in Cairo by the unstable situation and by restrictions on access to Egypt. Fewer than half the usual number of patients was referred to Egypt in July 2013. The Rafah crossing was closed completely for four days for security reasons, and five days for holiday and weekends in July 2013. Rafah authorities reported that, after 10 July, hours were restricted to 10 a.m. to 2 p.m., and only patients with official referral documents from the Ministry of Health (MoH) in Ramallah were permitted to exit. In addition to the usual monthly average of 300 patients referred to Egypt by the MoH, it is estimated that between 1,000 (MoH-Gaza estimates) and 4,100 (Rafah data) private patients from Gaza seek medical treatment every month in Egypt. A total of 549 patients and companions transited through Rafah in July, according to MoH-Gaza.

The Ministry of Health in Gaza began restricting X-rays and limiting certain drugs to emergency use only, because of low supplies and the unreliability of those supplies via the Rafah Crossing since July 2013. One-quarter of its drug supplies are normally received from, or through, Egypt via this crossing. Two principal Egyptian donors, the Arab Physicians Union and the Physicians Syndicate, are expected to halt donations to Gaza because of the current urgent needs in Egypt. These groups have played a crucial role in rapidly supplying critical items, such as dialysis solutions, common chemotherapy drugs, Factor VIII for hemophilia, immune suppressants for kidney-transplant patients and treatments for other chronic blood disease conditions. According to the UN’s OCHA, at the end of July, ‘27 per cent (128 items) of essential medicines were at zero stock in the Central Drug Store in Gaza and 16 percent (78 items) were at low stock (between 1-3 months’ supply)’. 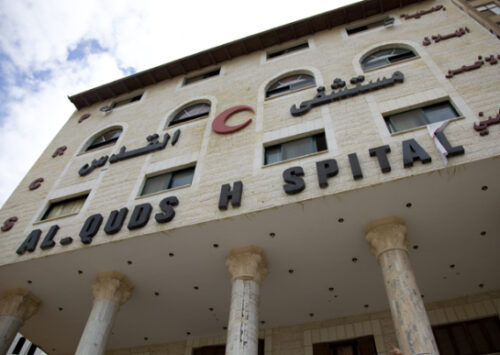 Health care standards
According to the UN Office for the Coordination of Humanitarian Affairs (OCHA), many medications and specialized, life-s...