On the basis of the Oslo Accords, the Palestinian fishermen are allowed to fish within 20 nautical miles off the coast. In 2007, Israel reduced this to 3 nautical miles. The area is patrolled by the Israeli Defence Forces (IDF) 24-7.

According to a report issued by FAO, Farming Without Land, Fishing Without Water (May 2010), since January 2009 over 300 incidents of confiscation of fishing boats and equipment have been recorded. From January until early April 2010 alone, there were 48 reports of IDF patrol boats opening fire on fishermen, including an incidence in which 2 fishermen were killed and 12 injured. Due to the Israeli restrictions the number of fishermen in Gaza dropped from 10,000 in the year 2000 to 3,500 in 2010. 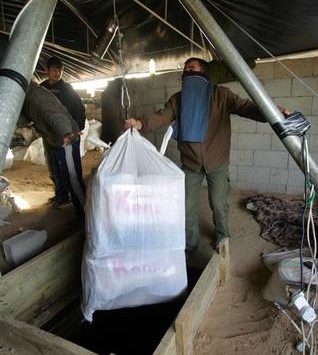 Effects of the Gaza blockade
A report issued in October 2011 by the UN Office for the Coordination of Humanitarian Affairs (OCHA) stated that the Gaz...