Fanack Home / Palestine / Past to Present / In Gaza, ‘We Want to Live’ Protest Movement is Cry for Help by the Poor

In Gaza, ‘We Want to Live’ Protest Movement is Cry for Help by the Poor

The Gaza Strip is one of the most densely populated places in the world, with more than 2 million people living in an area of only 360 square kilometres. After Hamas won the 2006 legislative elections and took control of the enclave by force in mid-2007, Israel imposed a political and economic blockade.

The blockade has had a devastating impact on the population. A shortage of most basic necessities, including power, clean water, food and medicines, is a daily reality. In addition, three wars with Israel in the past decade have destroyed large parts of the infrastructure, including factories.

At the same time, all attempts to achieve Palestinian reconciliation have been unsuccessful. The Palestinian leadership in the West Bank has exacerbated the situation in Gaza, in an attempt to force Hamas to hand over the territory to the Palestinian Authority (PA). For example, it cut the budget of the Ministry of Health and Education and, in March 2017, slashed the salaries of PA employees working in the strip by 50 per cent, dramatically weakening their purchasing power and adding to the already high unemployment and poverty rates.

In response, Hamas started to look for additional means to increase government revenues. Among them was higher taxes on a range of goods and services, including bread and tobacco.

This prompted a group of activists to call for a protest on 12 March 2019. The security services immediately arrested seven youths and took them for interrogation. However, the arrests did not prevent spontaneous protests breaking out two days later in refugee camps in Jabaliya, Beit Lahiya, Dayr al-Balah, Nuseirat, Khan Younis and Rafah involving hundreds of youths calling themselves the ‘We Want to Live’ movement.

The Ministry of Interior violently suppressed the protests, arresting scores of activists and beating hundreds of protesters, including a large number of journalists and members of human rights organizations such as Jamil Sarhan, director of the Independent Commission for Human Rights in Gaza.

The protests, which only ran for about a week, were greater than mere sit-ins or a way to vent anger. Rather, they hoped to gain in size and momentum until specific demands were fulfilled. It soon became clear that Hamas’ repressive approach had been a miscalculation.

Fatah, Hamas’ main political rival, was quick to use this misstep to make political gains. Many Fatah leaders, in addition to many nationalist personalities from leftist parties, denounced Hamas’ handling of the protests. Israel, for its part, hoped the events signaled Hamas’ demise, an outcome that Israel has so far failed to achieve.

Hamas considered the protest movement to be a major conspiracy supported by Fatah and international organizations aimed at terminating the Palestinian resistance. There were also fears that the protests would escalate into infighting, as was the case in 2007, leading some to invent a conflict with Israel to end the internal crisis.

As a result, a missile was launched at dawn on 25 March, landing north of Tel Aviv and wounding a number of Israelis. In a media statement, Hamas said that there was a technical failure in the missile and that it had not intended to launch the missile toward Tel Aviv. With elections due in Israel on 9 April, Israeli politicians reacted harshly, with many demanding the restoration of the policy to assassinate members of Hamas and Islamic jihad leaders.

Israel also responded militarily, launching a series of bombardments the same day that went on for about five hours and hit various government and civilian targets. Among them were the office of Ismail Haniyah, head of Hamas’ Political Bureau, the headquarters of Gaza’s internal security and the headquarters of al-Multazim, an insurance firm. In return, Palestinian resistance factions fired rockets at Israeli settlements in Gaza.

Egyptian mediation was swift. A delegation from the Egyptian intelligence service, headed by Major General Ahmad Abdul Khalid, initiated talks, shuttling between Tel Aviv and Gaza to agree a truce between the two parties.

Under the agreement, Israel will increase the fishing range allowed for Palestinians off the Gazan coast to 15 nautical miles, reduce the list of dual-use items that are prohibited from being imported to Gaza, speed up import and export procedures and allow Qatar to provide Gaza with $30 million in funding per month to benefit the poor and create jobs for young people until the end of this year, in addition to increasing operating programs across international organizations and creating 40 thousand jobs for six months.

The terms of the agreement also provided for the supply of fuel for the Gaza power plant and the implementation of practical steps to install a new power line from Israel with funding from Qatar and the Islamic Development Bank.

For its part, Hamas committed to stopping all hostilities against Israel, specifically the firing of incendiary balloons, ending the nighttime demonstrations led by so-called ‘confusion units’, stopping the weekly coast marches toward the Israeli Zakem settlement and banning demonstrators participating in the ‘marches of return’ staged every Friday from coming within 300 metres of the border fence. Israel was interested just for the day 30 March. The agreement was just for the first anniversary day on 30 March.

Hamas did not send any volunteers to stop the moving of protesters on the demonstrations of 12 April. Israel reluctantly accepted the agreement, which had timetables because it wanted Hamas to be responsible for controlling the situation on the ground, particularly on the first anniversary of the marches of return. Israel allowed the fishing range to be expanded to 15 nautical miles for the first time since 2000. Consequently, on 30 March, Hamas deployed more than 8,000 volunteers wearing orange jackets to prevent demonstrators from reaching the border fence.

From Israel’s point of view, the agreement was the lesser of two evils: waging a new war against Hamas or dealing with Hamas as a reality that cannot be ignored. The impending elections prevented Israeli Prime Minister Benjamin Netanyahu from taking the first option – he does not want to lose the elections because of a war that can be postponed to another time.

That being said, Gaza is already on the brink of collapse as a result of the decade-long blockade. Hamas’ crackdown on the We Want to Live movement has pushed Gazans closer to the edge. A widespread uprising, which seems increasingly likely, is expected to impact Israel too. 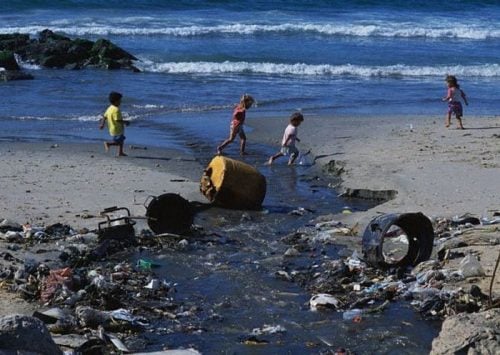