Hamas has unveiled a new political charter, softening its stance on Israel by accepting the idea of a Palestinian state in territories occupied by Israel in the war of 1967. The document was presented by the head of Hamas’ political bureau, Khaled Meshal, at a press conference in the Qatari capital Doha on 1 May 2017.

The document, which was four years in the making, is intended to function “as a guiding principle for the Hamas organization to deal with new emerging realities in our Palestinian society, our conflict with Israel and in the outside world,” Meshal said.

Although it is unclear if the document will replace Hamas’ previous charter, which dates back to August 1988, the new document has been substantially revised. However, as Azzam Tamimi, author of Hamas Unwritten Chapters, said, “Meshal was not convincing. If I were an official in Hamas, I would only accept a clear statement declaring that the new document abolishes the old one.”

The new document lays out the unwritten policies and positions that the movement has adopted in recent years. An Islamic resistance movement born out of the ideology of the Muslim Brotherhood, Hamas, which has controlled the Gaza Strip since 2007, has developed over time, codifying its ideology and defining its political features and areas of activities. These focus on four elements: dawah (preaching), charitable activities, military resistance and political action. Hamas also began to diverge from the Muslim Brotherhood.

The new document, which was obtained and published by al-Mayadeen news channel on 2 April 2017, has sparked widespread debate among intellectuals. Some consider it to be a major transformation in the movement’s political thinking, while others played down its significance. At the same time, it allowed a comparison between Hamas and the decision by Palestinian Liberation Organization (PLO) factions, specifically Fatah, which currently dominates the government in the West Bank, to amend the 1996 Palestinian National Charter.

Out with the Old, in with the New

Hamas’ old charter was mainly criticized for relying on Islamist ideologies and theories while lacking a clear political and legal framework. It was drafted by a group of Islamist clerics with little political experience who were focused on resistance as a way to perform Islamic jihad. They rejected secularism and insisted on embracing Islam as a way of life.

Practically speaking, Hamas abandoned the principles of the old charter when it decided to participate in the 2006 elections for the Palestinian Legislative Council. These elections made Hamas part of the Palestinian political system and the outcomes of the Oslo Accords. Although the new document clearly rejects the Oslo Accords, which were intended to achieve a peaceful resolution to the Palestinian-Israeli conflict, Hamas’ decision at the time to participate in the political process and run in the legislative elections was perceived as a departure from the movement’s old rigid ideologies.

The new document, which comprises 42 items and covers 11 chapters, is essentially a contemporary summary of Hamas’ beliefs and aims. It clearly addresses the movement’s stances on all political issues, including the status of the Palestinian people, Jerusalem, Palestinian refugees and the right of return, the Israeli occupation, resistance, a peaceful settlement, relations with the Arab and Islamic world as well as regional and international powers, and how it views resolutions issued by international organizations.

Particularly notable is the language used. Whereas the old charter was accused of being anti-Semitic, the tone of the new charter is noticeably milder and attempts to clarify exactly who Hamas’ enemy is. This is one of the most important aspects of the document, said Tamimi. “It is a correction of the huge mistake in the old charter, which described the conflict as a conflict of faith between Muslims and Jews. The new document emphasizes that the conflict is with the Zionist occupation and not with the Jews.”

In the new document, Hamas identifies itself as ‘a Palestinian Islamist liberation and resistance movement’. In other words, liberating Palestine from the occupation has been prioritized over Islamic interests. This is a departure from the previous objective of establishing an Islamic caliphate.

The new document emphasizes a set of fundamental principles, such as insisting that Israel is not entitled to Palestinian land. However, in the biggest concession, the document states that Hamas considers the establishment of a fully sovereign and independent Palestinian state, with Jerusalem as its capital within the 4 June 1967 borders, with the return of refugees and the displaced to their homes from which they were expelled, ‘to be a formula of national consensus’. By implication, the document accepts that there will be another state entity outside these borders, even if it does not mention Israel.

The document, which was reviewed by a team of international legal experts and published in Arabic and English, carries a number of messages for all relevant parties. It reassures ideological supporters that Hamas will not recognize Israel and has not waived Palestinians’ right to their historical land. It also acknowledges the Palestinian Authority (PA) and, specifically, the PLO as the official representative of the Palestinian people, but stresses that the PLO needs reforms to rebuild on a democratic basis. The document also implies that Hamas’ current political positions are close to the PLO’s and that their negotiating objectives are essentially the same.

The document abandons past references claiming that Hamas is part of a pan-national Muslim Brotherhood, to which it was closely linked when it was established in 1987. This could improve relations with the Egyptian government of President Abdel Fattah al-Sisi, who overthrew his Islamist predecessor, Mohamed Morsi, in 2013 and has since led a bloody crackdown on the Brotherhood.

To the international community, Hamas presents itself as a moderate Islamist movement that renounces and fights terrorism. It acknowledges the role of international organizations, especially the United Nations (UN), in helping to establish a Palestinian state, which is an implicit recognition of the UN resolutions, with the exception of the resolution on partitioning Palestine, which it considers to be unfair and wrong.

The strongest message, however, was sent to Israel. Hamas emphasized that it supports a peaceful settlement based on a two-state solution, although it was careful to say that historic Palestine is for all Palestinians.

In view of local and regional developments, Hamas has evidently listened to the advice of its allies, especially Turkey and Qatar, to update its old charter. Hamas hopes the new document will attract political support from regional and international powers, with the ultimate aim of furthering the Palestinian cause.

Some senior leaders within Fatah, such as Jibril Rajoub, welcomed the document, saying it appears to show Hamas moving closer to the political views that the PLO factions have advocated for many years. However, tensions between Fatah and Hamas are likely to remain until Hamas is fully integrated into the Palestinian political system.

Israeli Prime Minister Benjamin Netanyahu rejected the new document before its full publication, saying it was a threat against Israel and an attempt to fool the world that Hamas had become more moderate.

After two successive terms in office, Khaled Meshal was replaced as head of Hamas on 6 May 2017 by Ismail Haniyeh. Haniyeh faces a tough road ahead. The dire economic and social situation caused by the decade-long Israeli blockade has been compounded since PA President Mahmoud Abbas announced a pay cut in Gaza in April 2017.

Another challenge is the possible ramifications of the election in February 2017 of Yahya al-Sinwar, a hardline military commander, as head of Hamas’ political bureau in the Gaza Strip. Many of Hamas’ new leaders come from the military branch of the movement. For that reason alone, it will be interesting to see whether the new charter will bury the old. 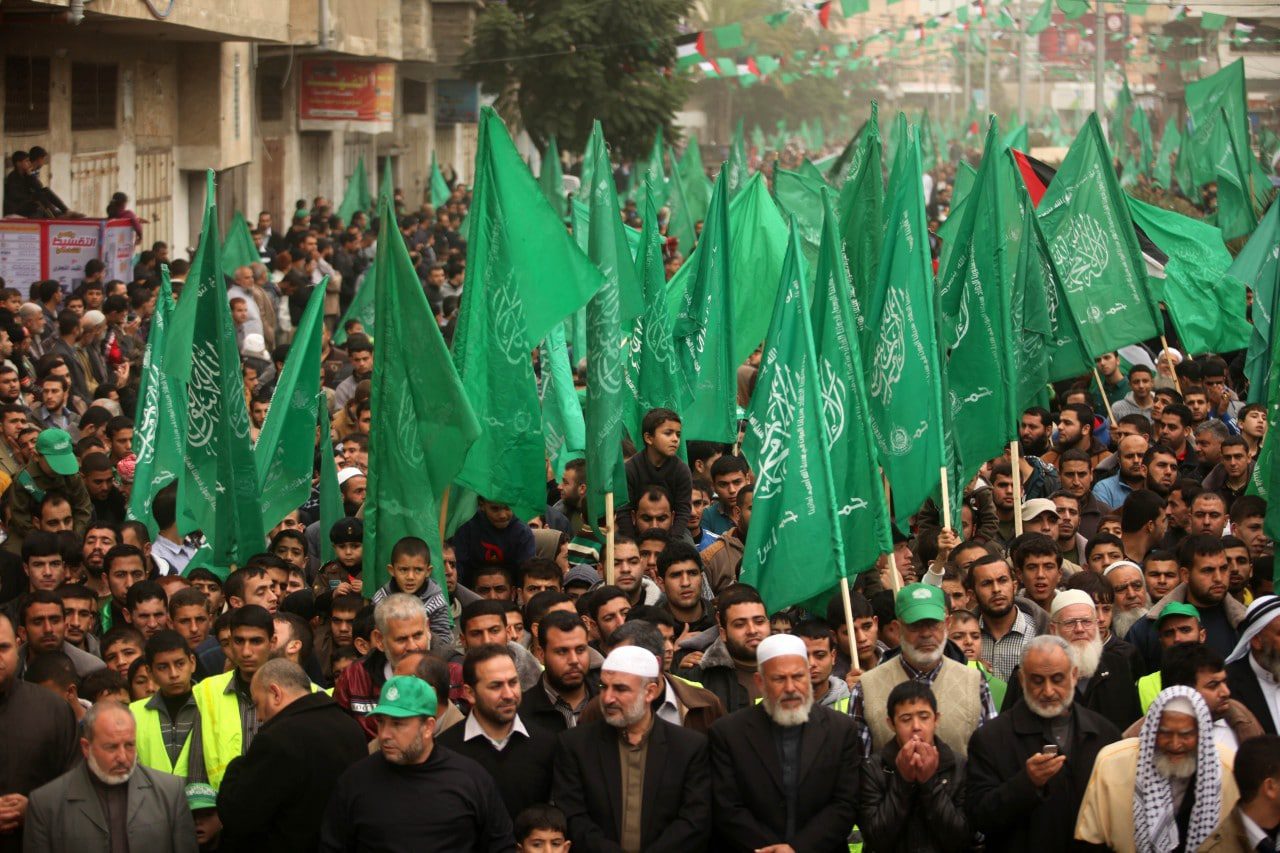