Although the idea has never materialized, all Palestinian leaders have advocated independent decision-making. In fact, Palestinian decision-making is not the sole responsibility of the PLO, Palestinian Authority (PA) and leaders of various political parties. Rather, regional powers have a direct impact on Palestinian foreign policy and internal affairs. This is especially the case when considering the interests of neighbouring countries, notably Israel, Egypt, Jordan, Qatar and the United Arab Emirates (UAE), but also Iran and Turkey. All of these countries have their own regional interests, and the Palestinian issue is being used to make foreign policy gains.

The leaders of the PLO and Fatah, the largest PLO faction, accuse Hamas, which controls the Gaza Strip, of having links with Iran, Qatar and Turkey, as well as being affiliated with the global Muslim Brotherhood movement. Palestinian President Mahmoud Abbas also accuses his political nemesis, former Fatah leader Mohammad Dahlan, of being affiliated with the UAE and Saudi Arabia. On the other hand, Hamas accuses the PLO and Fatah of cooperating with Israel and the United States against the Palestinian resistance. These mutual accusations are not false.

Iranian Support for the Palestinian Resistance

For many years, Iran has given the resistance movements Hamas and Palestinian Islamic Jihad (PIJ) financial and military support. Hamas has used this de facto stamp of approval to call on other countries to offer it similar assistance. It would be naive to downplay Iran’s interests in providing this support. On the one hand, Iran wants to underline its hostility toward Israel, and on the other it uses its relationship with Hamas and the PIJ to exert pressure on Western countries in negotiations regarding its nuclear program.

Qatar’s Role in the Gaza Strip

Many observers regard Qatar’s role in the Gaza Strip as confusing and incomprehensible. For more than seven years, Qatar has provided the enclave with infrastructure and humanitarian assistance, with the cost of Qatari-funded projects exceeding $700 million. In late 2018, for example, Qatar bought diesel for the power plant in Gaza, which is plagued by electricity shortages. It also set up a monthly donation of $15 million to help pay the salaries of government employees. The PA cut salaries for its staff in Gaza by 20 per cent in May 2018. This donation soon met with resistance, following a media campaign launched by Avigdor Lieberman, former Israeli Defence Minister, who criticized Prime Minister Benjamin Netanyahu for allowing Qatari funds into Gaza through Israel. Lieberman described the Qatari money as indirect support for Hamas, which many countries have designated as a terrorist organization.

However, the real question is: What interest does Qatar seek to advance by supporting Gaza? Qatar is a small Gulf state, but since it established al-Jazeera, a global broadcaster, the country has played a powerful role in foreign policy in the region, competing with the UAE and even Saudi Arabia. Qatar has good relations with Washington and the Israeli government, but at the same time it seeks to maintain strong ties with Hamas.

Meanwhile, Saudi Arabia, the UAE and Egypt accuse Qatar of supporting terrorism, an accusation that Qatar categorically rejects. The row came to a head on 5 June 2017, when Saudi Arabia and several other countries cut diplomatic ties with Qatar and imposed an economic blockade. Since then, Qatar has sought to strengthen its relations with Hamas, possibly following the logic that the enemy of my enemy is my friend.

The Palestinians consider Egypt as vital when it comes to political decision-making. The PLO, PA and Hamas all try to maintain good ties with Cairo. It is a particularly important relationship for Hamas because the Rafah border crossing between Egypt and the Gaza Strip is one of the only ways in and out of the territory.

Hamas believes that the Palestinian prisoners’ file and calm with Israel should only go through Egyptian channels. As a result, the Egyptian Intelligence Service has long been active in Gaza and, for several months in 2018, mediated between the Israeli government and Hamas regarding the weekly Gaza border protests known as the Great March of Return.

For its part, Egypt has positioned itself as a regional power that can deal with Israel and maintain calm in the region. This has raised its profile and importance in Europe and the United States.

Cairo believes that internal Palestinian reconciliation followed by a comprehensive truce between Hamas, the PIJ and Israel are a prerequisite for lifting the Gaza blockade and permanently opening the Rafah border crossing.

To achieve this, Egypt hosted a series of talks between Fatah and Hamas in the second half of 2018. These efforts failed when Abbas demanded that the Gaza Strip be returned to the PA before negotiations resumed.

Egypt has been more successful at easing tensions that arise from time to time between Hamas and Israel, in several instances stopping military escalation. Egyptian intelligence is also cooperating with United Nations Special Envoy Nickolay Mladenov to establish a truce between Israel and the Palestinian factions, especially Hamas.

Security coordination is the most important manifestation of Israeli relations with the PA and PLO. Political negotiations have been on hold since June 2014, when John Kerry, former US Secretary of State, failed to reach a settlement agreement between the two sides.

From a political perspective, the Israeli government sees it as being in its best interest to keep the internal Palestinian divide in place, while having a Palestinian government in Ramallah that seeks to maintain security cooperation and a de facto government in Gaza run by Hamas and that is under political and economic siege with limited freedom of movement from and into the Gaza Strip.

Of course, Israel does not accept the presence of Hamas, but at the same time it is unwilling to carry out a major military operation in Gaza to overthrow Hamas, because the likelihood of material loss and loss of life is high. Moreover, Israel does not want to occupy Gaza again, and therefore considers Hamas’ presence as the lesser of two evils. 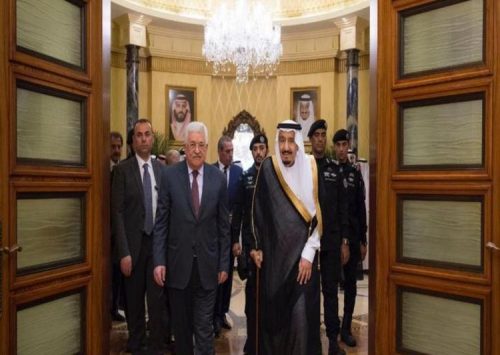 MOHAMED ELSHAHED ©AFP
MOHAMED ELSHAHED ©AFP
"Ignorance leads to fear, fear leads to hatred, and hatred leads to violence.
This is the equation."
IBN RUSHD/AVERROES (1126 – 1198)
We are a Dutch not for profit organisation (NGO), financed solely by individuals who share our belief in the importance of publishing and disseminating reliable, unbiased information on the Middle East & North Africa region. To represent the voice of the region’s people, we carefully echo the region’s heartbeat by offering fact-checked and therefore credible information.
Your support is greatly appreciated and helpful!
Donate