Since early August 2018, there has been talk in Arab and international media about a truce being negotiated behind the scenes between Hamas and Israel, sponsored by the United Nations (UN), Egypt and Qatar.

On 5 August, the Israeli website Kan reported that Hamas was close to signing a truce agreement with Israel. The website explained that the agreement was being prepared by Nickolay Mladenov, United Nations Special Coordinator for the Middle East Peace Process, to save the Gaza Strip from economic collapse, about which he talked repeatedly with the Israeli and Palestinian sides. The draft agreement included a ceasefire between the two sides in return for the gradual lifting of the siege imposed on the Gaza Strip. This would take place in two phases. The first would include ending demonstrations and halting the firing of incendiary balloons from Israel into the Gaza Strip, in return for the opening of Gaza’s borders crossings, notably the Rafah crossing with Egypt, on a regular basis. The second phase would include the launch of initiatives to improve electricity supply and health services, job opportunities and infrastructure projects.

To implement the ‘Gaza Rescue Plan’, $650 million has so far been allocated, an amount that could rise to around $1 billion. The money, Mladenov said, would come mainly from the Gulf states, with additional funding from the European Union (EU) and United States (US), and would be invested in projects without direct involvement by Hamas, which rules the Gaza Strip, or the Palestinian Authority, which governs the West Bank.

Needless to say, there are obstacles to the implementation of the Gaza Rescue Plan and signing of the truce. They include:

Palestinian Authority (PA): The PA has not welcomed Mladenov’s efforts, since it is working on the assumption that the deteriorating social and economic situation in the Gaza Strip will eventually cause Gazans to rise up against Hamas. In order to accelerate such an uprising, Palestinian President Mahmoud Abbas took a series of punitive measures against the Gaza Strip. These included reducing the salaries of government employees by up to 50 per cent and stopping government spending on ministries based in Gaza, with the exception of essential expenses for the ministries of health and education. In addition, the number of hours of electricity was reduced to 4-8 hours a day. Therefore, the PA considers Mladenov’s plan as going against Abbas’s goal of ousting Hamas. The PA cut contact with Mladenov and refused to cooperate with him, saying he has overstepped his authority by promoting the truce talks between Hamas and Israel without coordinating with the PA. Moreover, the PA demanded that Mladenov be replaced, calling him ‘a persona non grata’.

Israeli government: The weekly demonstrations, called by Palestinian organizers the ‘Great March of Return’, which began on 30 March 2018 and are held every Friday, have become a source of concern for Israel and put increased political pressure on it because of the large number of casualties. However, Israel remains hesitant about whether it should accept or reject a truce with Hamas. On the one hand, Israel considers Hamas a terrorist movement, with which it is unwilling to sign a truce, preferring to deal with the PA, as it did at the end of the 2014 war. On the other hand, political pressure on Israel is mounting. By 26 October 2018, which marked the 31st week of demonstrations, more than 215 Palestinians had been killed, including a large number of children, women, medical personnel and journalists, and more than 22,000 others had been wounded. By contrast, the death toll on the Israeli side was zero.

Another cause of concern for Israel is the file of missing Israeli soldiers in Gaza. Israeli Prime Minister Benjamin Netanyahu said that there would be no truce with Hamas without the return of the missing soldiers. Israeli Defence Minister Avigdor Lieberman was more assertive in his position, demanding that Hamas be disarmed and the military tunnels under the border be destroyed in exchange for signing the truce. At the same time, the Israeli cabinet is actively seeking to ease tensions with Hamas so that the demonstrations do not escalate into another war, which neither Israel nor Hamas wants, and to keep Israel focused on the northern front and the ongoing intelligence and military battle with Iran.

Hamas: Hamas’ top priority has been to achieve internal political reconciliation and to be accepted as part of the Palestinian political establishment, something that was rejected by Abbas, who called on Hamas to abandon politics and empower the Ramallah-based government in the Gaza Strip. After it became clear that Abbas did not want political pluralism and was intent on excluding Hamas from the political landscape by inciting a popular uprising against it, the movement sought solutions that did not involve Abbas.

In the same context, Hamas realized that inciting a war with Israel would be useless, especially in light of the negative outcomes of the previous three wars in the last ten years. Instead, it has focused on intensifying the pressure on Israel to lift the siege by maintaining the momentum of the Friday demonstrations and organizing coastal marches every Monday. The main obstacles facing Hamas are the dire economic situation and the financial sanctions imposed by Abbas more than 18 months ago, which have seen the poverty rate rise to 53 per cent and unemployment reach 47%. This has made it possible for the situation to explode, not only against Israel but also against Hamas, forcing Hamas to cooperate with both Egypt and Mladenov.

The movement agreed to the gradual lifting of the siege in return for halting all forms of military operations and stopping the weekly demonstrations. Hamas views the restoration of calm as the main factor leading to a deal to exchange Palestinian prisoners for the bodies of Israeli soldiers. On the other hand, Hamas refuses to sign a truce with Israel on its own because it considers Israel to be an occupying entity. It also refuses to sign an agreement with the PA and insists that any signing should include all Palestinian factions.

Egyptian-Qatari relations: The Palestinian cause is a key area of Egyptian foreign policy. At the same time, the Gaza Strip is considered the backyard of Egyptian security in the Sinai. This explains Egypt’s decision to ease its position toward Hamas, establishing an understanding with the movement rather than maintaining tense relations.

On the other hand, Qatar, which in the last four years has financed projects in the Gaza Strip worth more than half a billion dollars, is seeking to compete with Egypt in sponsoring the Gaza Strip. Egypt views Qatar as a rival and meddler, especially after Egypt, together with Saudi Arabia, the United Arab Emirates and Bahrain, cut diplomatic ties with Qatar in June 2017 over its alleged support of terrorism. This tense relationship between the two sides dominates the relationship with the Gaza Strip, as Egypt does not favor Qatar’s interference, although it is deemed necessary for financing projects that will re-establish calm between Israel and the Gaza Strip.

In mid-October 2018, there was optimism about the imminent conclusion of a truce deal between Israel and Hamas when it was announced that Egyptian Intelligence Minister Abbas Kamel would visit Israel and the Gaza Strip. However, the visit was delayed and then cancelled without explanation. The Egyptian and UN role in mediating between Israel and Hamas to conclude the truce deal almost failed several times, and the tense atmosphere between the two sides slipped into an imminent war more than once. Following the launch of a Grad rocket on the southern Israeli city of Beersheba, Israeli warplanes bombed several areas in the Gaza Strip, including a Hamas battalion headquarters and the Said al-Mishal Cultural Centre on 8 August. The bombing was repeated when homemade rockets were launched from the Gaza Strip on 27 October 2018, and Israel retaliated by bombing more than 80 sites on the same day.

In the past two weeks, there were signs of a real breakthrough between Israel and Hamas. Israel approved a Qatari grant for a power plant in the Gaza Strip, resulting in electricity now being available for up to 16 hours per day. The most important indicator was Israel’s approval of a monthly Qatari grant of $15 million to pay the salaries of government employees in the Gaza Strip.

Unfortunately, there was little time to relax. On 11 November, the Israeli army assassinated one of Hamas’ field commanders outside Khan Younis. The response from Hamas was swift. In one day, Hamas fired more than 400 shells at nearby Israeli towns, resulting in heavy retaliatory shelling by Israel.

Once again, Egyptian mediation proved its efficiency. On 14 November, both sides accepted a ceasefire and calm has – for now – returned. All the signs point to an eventual long-term truce between Israel and Hamas. Without it, the next conflict between the two sides is likely to be even fiercer. 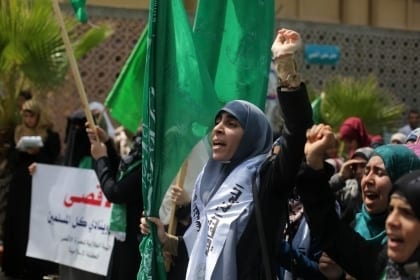