Fatah, which for decades had been in charge within the Palestinian national movement, refused to submit to the election defeat. Its position was supported by Israel and the so-called Quartet (United States, Russian Federation, European Union, and the United Nations). In order to enforce its arguments, Israel stopped channelling tax revenues to the newly formed PNA government which was now dominated by Hamas. Western governments suspended their financial support to the PNA and refused to enter into a dialogue with Hamas unless it met the following three conditions in advance: recognition of the State of Israel, the renouncement of all violence, and the endorsement of all treaties and agreements previously entered into by Israel and the PLO. For Hamas – and for many Palestinians who did not belong to Hamas – these conditions were unacceptable. Israel was in the process of defining its borders within the framework of ‘Oslo‘. So, to which Israel did these terms refer? The condition that all violence be renounced – which was more than a temporary or permanent ceasefire – had never been set in other situations of occupation. Moreover, the obligation to commit to all previous treaties between Israel and the PLO – in which Arafat and leading PLO members had conceded much that was detrimental to Palestinian interests in many important fields – also did not indicate a balanced approach.

In the spring of 2007, through mediation by Saudi Arabia, a working Hamas/Fatah government was eventually established, but it did not survive for long. In collaboration with the United States, Egypt, and Jordan, Fatah had been working on a plan to oust Hamas from the Gaza Strip with the use of violence (Dayton plan). The details later got out and were substantiated with hard evidence. After learning of these plans, Hamas in turn eliminated Fatah in the Gaza Strip in a short and bloody military offensive in June 2007. Conversely, the Hamas-led government of Hamas leader Ismail Haniyeh was declared disbanded by PNA President Abbas. A new government was established, which in reality only had control over the West Bank. Previously, the PLC, which was dominated by Hamas, had already been paralyzed after dozens of Hamas Parliament members (and a number of Hamas ministers) had been imprisoned by Israel.

Since then, the two parts that together form Palestine have each been governed by a separate administration. Palestine’s fragmentation has thus taken on a new dimension. To undermine its influence in the West Bank, the PNA has systematically closed down welfare institutions affiliated with Hamas and imprisoned Hamas members and supporters. In turn, the political activities of Fatah have been drastically curtailed in the Gaza Strip. 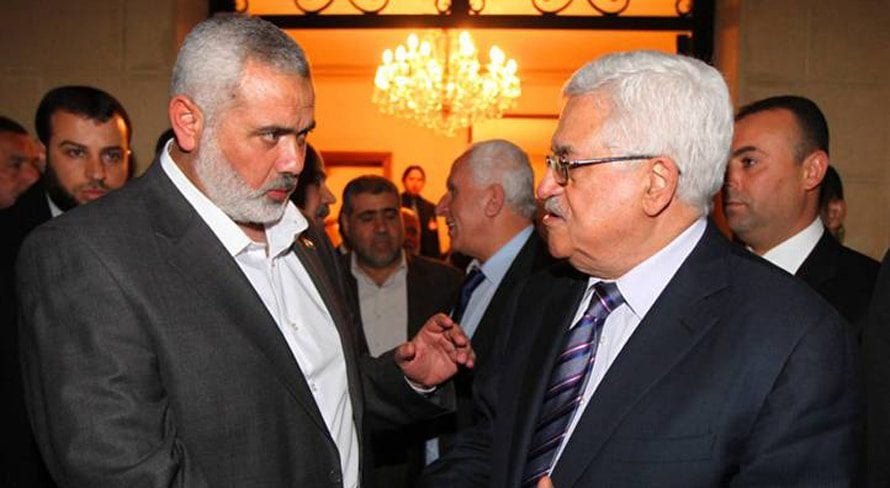 Unity efforts
Although Hamas kept its distance from the UN bid, in the spring of 2011 both Fatah and Hamas made timid steps towards re...