In August 1973, after the Palestinians in Palestine had somewhat recovered from the shock of 1967 and the ensuing events, they proceeded to establish the Palestinian National Front (PNF) at the instigation of the PLO, in which a number of parties were represented – including the Communist Party of Palestine, though not the PFLP. In April 1976, sympathizers with the Front, or Palestinians connected to it stood as candidates in the municipal councils’ elections. Earlier, these had been boycotted as they were viewed as an attempt by Israel to normalize the occupation. PNF candidates succeeded in taking the large majority of mayoral positions and local councils. Many of the newly elected mayors came from the urban elite.

In the following years, the PNF became the most important mouthpiece for the Palestinian inhabitants in their resistance. The main demands were an end to the Israeli occupation and the establishment of a Palestinian state (in Palestine). This the Palestinians were to achieve through political participation – not exclusively through armed force – in which a central role was reserved for the PLO.

From the outset, PNF representatives remained aloof from both the Military Government as well as the Civil Administration by which the former was replaced in 1981. As a result, many were removed from office and sometimes expelled to neighbouring countries. The attempted assassination with booby-traps in July 1980 of three mayors on the same day left two severely injured. Although the perpetrators were never apprehended, general consensus holds that the attacks were probably the actions of extremist Israeli settlers. In March 1982, the PNF and the connected National Guidance Committee (NGC) were banned by Israel.

At the beginning of the 1980s, following the Camp David Accords with Egypt, Israel attempted to create an alternative for the PNF and the NGC, by setting up a collaborating Palestinian leadership in the form of Village Leagues. These were supported by influential persons in rural areas and their supporters. Soon, however, the Leagues’ offices had to be protected from attacks by Palestinians who were against such plans. The initiative petered out. 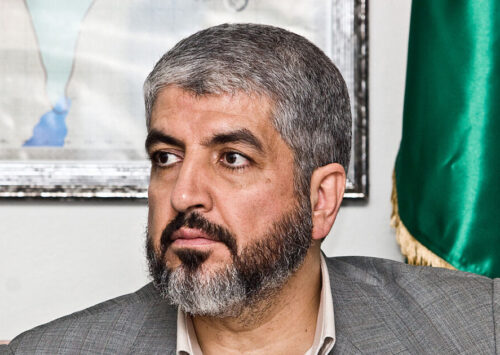 New leadership
On 11 November 2004 Arafat, who had been critically ill, passed away in a military hospital in Paris at the age of 75. A...