The Salt Water Challenge, which was launched on 17 April 2017, sought to draw attention to the plight of Palestinian prisoners on hunger strike in Israeli jails. Using the hashtag #SaltWaterChallenge, supporters of the hunger strikers posted videos of themselves on social media drinking salt water and then challenging others to do the same.

According to the Palestinian Central Bureau of Statistics, since the start of Israel’s occupation 50 years ago, more than 805,000 Palestinians – nearly half of the adult Palestinian population – have been imprisoned by Israeli forces. More than 205 people have died in Israeli jails as a result of medical negligence or torture during interrogations. Hunger strikes by Palestinian prisoners in Israeli jails are thus both a condemnation of their treatment and a non-violent protest against the occupation, referred to by the media as ‘the battle of the empty stomach’.

Since 1967, Palestinian prisoners and detainees have carried out 23 mass hunger strikes. The first was in Ashkelon Prison in July 1970, during which prisoner Abdul Qadir Abu al-Fahm died. Despite their relative frequency, hunger strikes are seen as a last resort for inmates to apply pressure on decision-makers.

The hunger strike was announced to coincide with Palestinian Prisoners’ Day, which is marked by Palestinians around the world with activities and massive demonstrations. Led by high-profile Fatah member Marwan Barghouthi, prisoners refused to consume anything except for water mixed with salt until their demands were met.

The strike was the largest of its kind in Israeli prisons and involved some 1,700 of the 6,500 Palestinians held in 22 Israeli prisons. Around 82 per cent of the prisoners are from the West Bank, 12 per cent are from East Jerusalem and the rest are from the Gaza Strip. Among the prisoners are 300 children, 62 women and more than 500 administrative detainees being held without charge or trial, 13 members of the Palestinian Legislative Council, two former ministers, 28 journalists and hundreds of academics, intellectuals and athletes. In addition, there are approximately 1,800 sick prisoners, of whom 26 have cancer, and more than 80 others who have physical disabilities such as hearing impairment, visual impairment and restricted mobility.

The prisoners’ demands, which were conveyed to the Israeli authorities in a letter, were as follows:

Over the years, the Israel Prison Service (IPS) has pursued a policy of ignoring the demands of Palestinian prisoners on hunger strike in order to cause divisions and weaken their morale. The IPS has also been accused of violating the rights guaranteed under international law, specifically the Third Geneva Convention of 1949 and Additional Protocol I of 1977. These include the humane treatment of prisoners of war and protection from acts of violence, intimidation and insults. International humanitarian law also specifies the minimum conditions of detention, including those related to the place of detention, nutrition, clothing, hygiene and medical care. The law also affirms that prisoners of war should not be prosecuted for their direct involvement in hostilities. Their detention should not be a form of punishment; rather it should be meant to prevent them from continued participation in the conflict. Consequently, prisoners must be released and repatriated without delay as soon as the hostilities end. Neither should the detaining state prosecute prisoners for lawful acts of violence under international humanitarian law, but should prosecute them for possible war crimes only.

Israel has failed to apply these provisions. Palestinian prisoners have been subjected to various forms of humiliation as well as psychological and physical punishment. More than 500 prisoners, including Barghouti, are serving multiple life sentences, and some prisoners have served more than 30 years in prison. Dozens of prisoners have been re-arrested despite the prisoner exchange deal between Israel and the Palestinians in 2011.

What did the hunger strike achieve?

Days after it was announced, the hunger strike had made international headlines. In an opinion piece for the New York Times, Barghouti explained the reasons behind the strike, writing, ‘Decades of experience have proved that Israel’s inhumane system of colonial and military occupation aims to break the spirit of prisoners and the nation to which they belong, by inflicting suffering on their bodies, separating them from their families and communities, using humiliating measures to compel subjugation. In spite of such treatment, we will not surrender to it.’

Two weeks later, with Israel refusing to negotiate, chiefs of European Union missions in the West Bank and Jerusalem expressed deep concerns about the continued strike. An emergency meeting held by the Arab League called on the international community to ‘shoulder their moral and political responsibilities and immediately and urgently intervene to force the Israeli government to apply the international humanitarian law’. Several media outlets highlighted some of the reactions by radical Israeli politicians. “There is no problem even if all the prisoners were to perish as a result of their strike. After all, prisons are overcrowded whereas there is room in the earth for all of their corpses,” Knesset Member Orion Hazan was reported as saying. “The prisoners on strike must be left to starve to death,” said Israeli Defence Minister Avigdor Lieberman.

In the West Bank and the Gaza Strip, tents were set up to mobilize people to organize daily activities in solidarity with the prisoners.

The overwhelming majority of the striking prisoners are supporters of the Fatah movement, and Barghouthi is seen by some as a potential successor to current Fatah leader and Palestinian President Mahmoud Abbas. The death of any of the strikers would have triggered a strong popular reaction that Israel certainly did not want. Indeed, Israel began to take measures to counter the strike, including transferring striking prisoners to different facilities, confiscating property and changes of clothes, and putting several prominent prisoners in solitary confinement.

Amid these measures, there were concerns that the IPS would resort to force-feeding, a practice endorsed by the Israeli Supreme Court in 2016. The UN Special Rapporteur on the right to health has stated that force-feeding of prisoners and detainees on hunger strike will “under no circumstances” comply with human rights standards,6 and several medical sources warn of the dangers of force-feeding because of the risk of choking if feeding tubes are inserted into prisoners’ respiratory tracts instead of their throats.

The hunger strike was suspended after 41 days on 27 May. In what was hailed as a rare but significant victory for Palestinians, Israel agreed to meet nearly 80 per cent of the prisoners’ demands. Two demands were not accepted, namely stopping administrative detentions and installing public telephones. 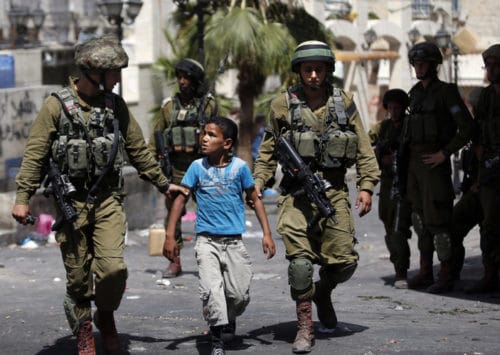