After 1993, a presidential system was introduced in Palestine. The President is the head of government; together, the President and the government form the executive branch. The legislative power rests with the PLC; in addition there is a judiciary, at least on paper. In practice, however, matters are muddled. For example, the President allowed Fatah leaders and the heads of security forces to attend his cabinet meetings. Rather than creating policy in consultation with the President, ministers seemed more like heads of ministries. Conversely, PLC members – who were supposed to control the executive – fulfilled advisory roles for the President. Judges who – as is normal – took up an independent position, were deposed by the Minister of Justice.

PNA President Arafat turned out to be an autocratic political leader who used his authority to issues decrees when it suited him. He sometimes disregarded laws which had been passed by the PLC. He combined his position as President with that of Prime Minister, which gave him direct control over the police and a dozen security forces. More importantly, he had direct control over the flow of funds (in order to start off and continue the Oslo Process, Western donor countries, in particular, provided generous financial support after 1993). The PLO, as representative of all sections of Palestinian society, would thus slowly lose ground. 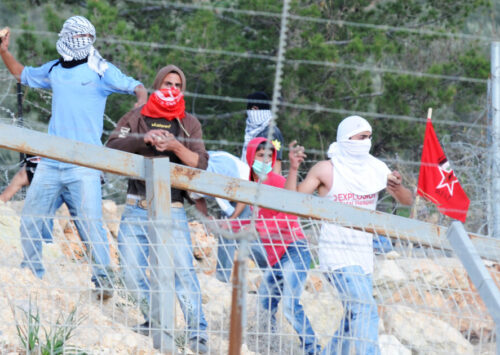