Corruption is not new in Tunisia, but there is widespread agreement that it increased after Zine el-Abidine Ben Ali came to power in 1987. His family controlled large segments of the economy, and it was often mandatory to pass by them in order to invest in the country. By the end of Ben Ali’s rule in 2011, the Trabelsi family – his in-laws – symbolized corruption in the minds of many Tunisians.

The issue was therefore addressed early on by the post-Ben Ali politicians. A commission was established in 2011 to investigate the corruption of the previous regime. It was later replaced by the INLC (the National Anti-corruption Commission), now led by lawyer Chawki Tabib. Several laws were also enacted, most recently the anti-corruption law which protects whistleblowers.

As in most political transitions, however, change was not immediate. Although notoriously corrupt civil servants were removed from their posts in the first weeks of 2011, and women and men of integrity were elected or appointed, Tunisia’s corruption ranking continued to slide. According to Transparency International’s Corruption Perceptions Index, the country’s ranking fell from 59 out of 178 in 2010 to 73 in 2011 and 79 in 2013, only slightly improving to 75 in 2016. Corruption was removed from the top, but it festered at the bottom.

The growing corruption was a daily nightmare for ordinary Tunisians. It created such resentment that it triggered unprecedented street demonstrations, such as the protests organized by the Manish Msameh movement against a proposed Economic Reconciliation bill on 13 May 2017.

The bill was drafted to pardon business people and bureaucrats accused of corruption and mismanagement under the pre-2011 regime. However, it attracted so much public opposition that it had to be withdrawn repeatedly, amended and sent back to parliament, only to be revoked and amended again. The draft law has now been at the centre of the corruption debate in Tunisia for more than two years.

According to political analyst Youssef Cherif, “although the pre-2011 system had many functioning administrative structures, it also had a deep clientelist facet. In order to get work done, people had to go through their connections – family and friends etc. – or offer and get privileges. Most Tunisians ‘knew’ how to navigate through the system and obtain the needed permits or services, without necessarily knowing that it was corruption.”

He continued: “The revolution disturbed this system. The bureaucracy was turned upside down by the successive post-2011 governments, through reforms, restructuring, purges etc. What used to be solved with one phone call and a few dollars has become subject to never-ending headaches and a bigger fee. Moreover, the weakening of the state apparatus meant that corrupt civil servants were less afraid of the hierarchy, therefore more daring in asking for bribes or favouring their relatives.”

This has cost the country hundreds of millions of dollars annually. Unsurprisingly, all the parties participating in the first democratic election in October 2011 promised to fight corruption. Elements suspected of corruption were occasionally removed from office or arrested, but the efforts remained limited. As a result, corrupt figures still occupy positions in the country’s most important political parties, business circles and civil society organizations, making the practice almost institutionalized.

The extent of the corruption was resented by the international community, whose patience started to wane. A 2017 report by International Crisis Group, widely read by foreign diplomats based in the capital Tunis, exposed the depth of the problem. Grants promised by the International Monetary Fund (IMF) were pending, and pressure on the country’s decision makers were mounting.

It was not clear where Prime Minister Youssef Chahed, in power since mid-2016, would start. Nidaa Tounes, his own political party, is suspected of hosting several corrupt figures, as is its partner party, Ennahdha. Several of his ministers have been accused of corruption, sometimes by the same political parties forming his government. Chahed looked overwhelmed and toothless.

Then, on 23 May 2017, the die was cast. Chafik Jarraya, Tunisia’s most notorious businessman who boasted of buying off journalists and politicians, and whose influence extended from politics to the media, sports and suspected arms dealing, was arrested in a café in the wealthy Tunis suburb of Berges du Lac on charges of ‘attacking the integrity of the state’.

The arrest sent shock waves through the country’s elite. Chahed was taking a gamble, and the day after Jarraya’s arrest, rumours began circulating of a possible coup.

But his gamble did not end there. More arrests followed, including of Saber Laajili, the general director of Tourist Police, seemingly in connection with Jarraya. His position in the police force is very important, especially in the summer when tourism becomes the country’s most important source of revenue.

Khaled Kobbi, a businessman with links to the former regime who was imprisoned for several months in 2011, was sent back to jail. His arrest toppled two other directors of the penitentiary police who were accused of working for him.

On 28 June 2017, the Tunisian judiciary froze the assets of Slim Riahi, a former candidate for the 2014 presidential election and the owner of Club Africain, Tunisia’s main football club, on suspicion of laundering money through Libyan banks.

In parallel with these arrests, a massive purge of the country’s customs body took place. Tens of customs officers, mainly from Tunis’ main port (Rades) and airport (Tunis Carthage) were either fired, investigated or jailed for accepting bribes and other corrupt practices.

Chahed’s war on corruption is ongoing and he has made him popular among Tunisians. Once considered weak and ineffective, he is now seen by many as paving the way for the next big electoral meeting, the presidential election of 2019. If he is able to improve the country’s economy and maintain national security, he will be well placed to succeed. 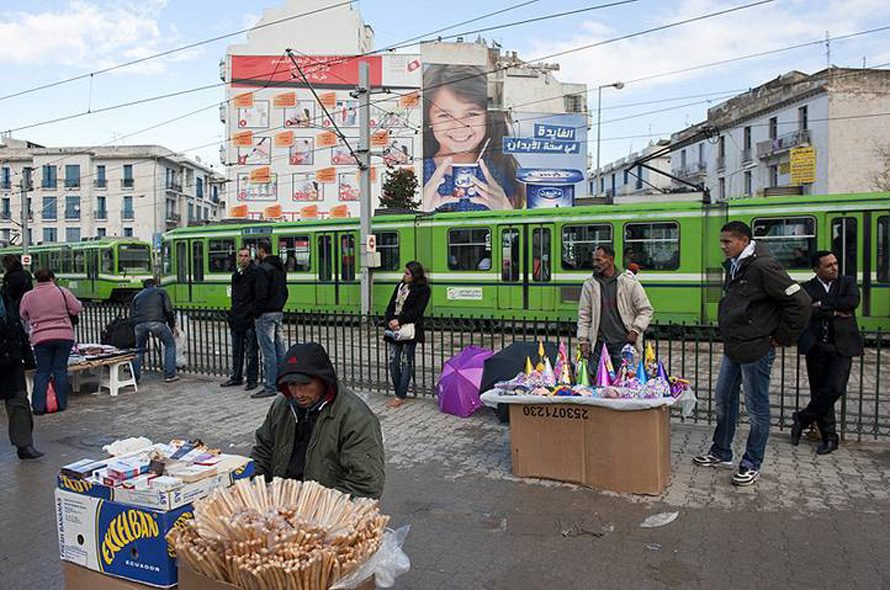