Dubbed “the cigarettes scandal,” a case of illegal production and smuggling of fake-brand cigarettes like Winston, worth of millions of dollars, was revealed in Jordan in July 2018 with rumored political ties. It has put the question of corruption back on the public agenda and upset the population.

“The cigarettes scandal” involves the smuggling of equipment to produce and sell cigarettes into the country, with several factories set up on farms around the capital, Amman. The Jordanian government identified one suspect, businessman Awni Motee, who left Jordan one day before one of these factories was raided by security forces. Minister of State for Media Affairs Jumana Ghunaimat announced that a travel ban was issued against those involved in the case. “The government will not hesitate to arrest those involved, wherever they may be,” Ghunaimat said.

Jordan’s public administration was quick to react to the alleged latent corruption in this case. According to Arab News, the issue was triggered by two members of Parliament (MPs), Nabil Gheishan and Musleh Tarawneh, who asked the government to reveal the issue and the names of those implicated, alleging that influential persons were behind the illegal business that has cost the Treasury more than $211 million. Gheishan said in a phone interview with Arab News that the issue is “a bombshell that exploded in the face of the government.” Meanwhile, Ghunaimat announced that arrest warrants had been issued for 30 suspects allegedly involved in the case, 16 of them having already been arrested, including Motee’s two sons. For the time being, however, no direct connection or political name could be explicitly proven or made public.

Immediately after the raid, newly appointed Prime Minister Omar al-Razzaz announced the referral of the case to the state security court, which typically handles serious criminal and terrorism cases. In September 2018, al-Razzaz also promised transparency, stressing that each citizen has the right to call for fighting corruption and that the government must counter graft with full responsibility. The same month, King Abdullah’s half-brother, Prince Hamzah bin al-Hussein, urged the government to act on graft in the kingdom, which he said could eventually plunge Jordan into an “abyss,” tweeting that “perhaps the start must be correcting the failed management approach of the public sector and a serious attempt to combat rampant corruption, including accountability for the corrupt.” The comments run in the same direction as those of King Abdullah, who told the Cabinet on August 5 2018 that “combating corruption remains, as we have said before, the main priority for this government, for myself and for all our institutions in the country. The message to the people is that we want to break the back of corruption in the country. It’s enough… we want to move forward. No one is above the law.”

The government and the royal family had to react because the cigarettes case has shaken a Jordanian public already upset by a poor quality of life. Omar Ibrahim, a 26-year-old fruit seller in a crowded central Amman market, told The National that “in Jordan, the poor people, the working class, we are the only ones that follow the law, pay fines, pay taxes and pay customs. But the big bosses, the masterminds, they play by a different set of rules, they never get mentioned and are never held accountable.”

According to Transparency International, Jordan was ranked 59th of 180 in terms of perception of corruption in 2017 with a score of 48 out of 100, with 0 being highly corrupted and 100 very clean. Business Anti-Corruption Portal states that “corruption is an obstacle for businesses operating or planning to invest in Jordan. A system of wasta (nepotism, or clout) is common throughout the country and is considered part of doing business, thus making transactions opaque and hindering competitiveness. Other obstacles to business include high levels of bureaucracy, red tape and vague regulations. Jordan’s penal code criminalizes corruption, including abuse of office, bribery, money laundering and extortion, but the government didn’t implement the law effectively. Corrupt public officials are not systematically punished and high-ranking civil servants are rarely prosecuted. Demands of facilitation payments and bribery may be encountered, but are less frequent than in other Middle Eastern countries.”

Jordan has also suffered from cuts in remittances due to low oil prices and stalled growth in the private sector, in part due to the wars in Iraq and Syria, which has hurt the living standards of many Jordanians. Prime Minister Omar al-Razzaz has promised to soften austerity on the population and Gulf states have also pledged a $2.5 billion aid package.

The tense situation pushed protestors, led by members of the National Follow-Up Committee, a pro-reform coalition that includes military veterans, leftists and Islamists to gather in the streets of Amman 0on 20 October 2018. The protestors called for a fight against corruption and economic policies they claim have brought the country’s economy to its knees. They are also asking for constitutional reform and the establishment of a parliamentary democracy in the country. A protestor told Al Jazeera that “we are not against the king personally or the royal Hashemite family, but we want genuine democratic reform and the return of parliamentary representation in accordance with the Constitution.”

The government seems to have heard the complaints and has indicated a willingness to comply. For example, Ghunaimat stressed on 4 November 2018 that the government is following up on all the observations and violations in the public administration listed in the Audit Bureau’s 2017 report, which showed “multiple financial irregularities and violations,” including 69 instances of financial corruption and fraud amounting to approximately $3.2 million.

Following up is a positive first step but being able to hold corrupt public servants accountable will be essential in making the population trust their leaders again. 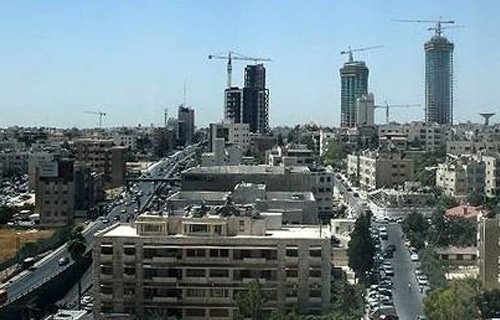