Not rain but corruption is sinking Kuwait, said member of parliament (MP) Abdulkarim al-Kandari in November 2018. He was referring to the heavy rains at the time, which caused severe flooding across the Gulf state.

Drainage systems were blocked due to a lack of maintenance. As a result, roads became submerged and the resulting damage to the asphalt made driving almost impossible. This, al-Kandari suggested, would not have happened without corruption.

It all had to do with the bitumen mix. Construction companies hired to tarmac the roads over the years allegedly used a cheaper mix than agreed upon and pocketed the money they saved. The government inspectors looked the other way. Or, as someone commented on a blog: ‘Contractor + corruption = cheap mix.’

This is just one example of many. There is also the now famous Spanish embezzlement case of the 1990s, in which between $500 million and $1 billion ‘disappeared’ under the ‘supervision’ of two high-profile employees of the Kuwait Investment Office in London. There is the 60,000 capacity Jaber al-Ahmad International Stadium, which was finished in 2007 but is used only occasionally because of construction ‘mistakes’ (same story as the roads). There is the embezzlement of around $13 million by the director of Kuwait Oil Company.

And it doesn’t stop there. Are you a foreign company wanting to do business in Kuwait? You face payment of ‘agency fees’ to a local entity that will get you entrance to the right ministry. Are you the person at the ministry responsible for buying new office furniture? Choose the supplier that offers the biggest kickback.

In 2018, Kuwait ranked 78th out of 180 in the Transparency Index, the lowest ranking Gulf country after Bahrain. Corruption is part of everyday life and present in all its forms: bribery, nepotism, embezzlement, abuse of office and so on. Although everybody agrees that it should be eradicated, everybody is caught in its web.

Neither is it only evident in the business world. Wasta – which translates roughly as connections or influence – is the ‘magical lubricant’ that can solve almost every problem. As the blogger Secret Dubai wrote, wasta is ‘arguably the most valuable form of currency in much of the Middle East, far more effective than bribes and certainly more effective than following due process’. It smooths the way to a good job or promotion. Renewing or getting licenses is much easier if you know someone (who knows someone) at the ministry. Have bothersome traffic fines in your name? Call a cousin at the traffic department to make them go away.

This pervasive corruption has made it difficult for Kuwait to attract foreign investors. Kuwait ranks 54th out of 140 in the World Economic Forum’s Global Competitiveness Report 2018, the lowest ranking of the Gulf Cooperation Council countries, corruption playing an important (though not the only) role in that.

Attempts have been made to tackle the problem, such as the enactment of (criminal) laws and the recent establishment of an anti-corruption authority. Cases do reach the courts every now and then, and individuals are occasionally convicted. Whether these are the ‘big fish’ remains to be seen. It also remains to be seen whether legislators will ever tackle transparency, that other – preventative – side of corruption.

The Kuwaiti constitution guarantees the right to information, but no supporting legislation has been passed so far. On the contrary. In 2007, the Kuwait Transparency Society called for a transparency bill, but in 2015, the society’s board was dissolved after being accused by some MPs of exaggerating the level of corruption in Kuwait.

Another issue is whether corruption can be dealt with by legal means only. Large-scale embezzlement or bribery is one thing and is relatively easy to track down, investigate and punish. That is, if law enforcement takes its job seriously. This is another area of concern because close family and tribal relations do not always guarantee laws are effectively enforced.

This is closely related to the wasta issue, which is possibly the most difficult aspect of corruption to eradicate. Despite having noble origins and, arguably, its advantages, wasta eventually disrupts society and the economy. It essentially means that it does not matter what you know but who you know.

This results in people doing jobs others may be more qualified for, in violations of the law that go unpunished because a wasta made sure of it and in inequality between those who have and those who do not have wasta. All this may eventually hurt Kuwait more than stealing from the state coffers.

Having the wrong people in crucial positions makes doing business unattractive for investors, many of whom prefer to put their money into projects outside Kuwait. Furthermore, local youth either end up disillusioned and settle for undemanding government jobs or leave the country, causing a brain and money drain. At least that part of the drainage system works. 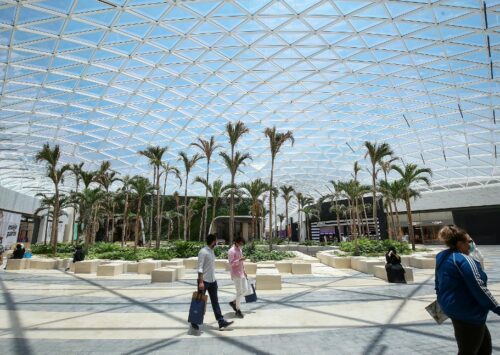 Economy
Economy
Because of the almost complete dependence of Kuwait’s economy on petroleum products, it fluctuates strongly with the h...