Corruption is openly condemned by leaders and civilians the world over. Yet, as a universal evil, its eradication seems all but impossible. In Morocco, corruption has been back on the political agenda in the run up to the 7 October parliamentary elections 2016, the third ballot since the kingdom adopted constitutional reforms designed to calm protests during the Arab Spring uprisings.

These elections are important, not least because the Islamist Party for Justice and Development (PJD) came to power in 2011 largely because it put corruption at the top of its list of priorities. Many voters, including those who opposed the party’s ideology, voted for it on pragmatic rather than religious grounds, in the hope of seeing corruption reduced.

During elections, poor voters are often the target of bribery, because they are generally willing to accept money to make ends meet. Bribing poor voters is often also seen as an easy way to gain votes.

Over the past year 2015, however, the PJD-led coalition has not delivered on its pledge to combat corruption. Indeed, since the arrival of the Islamists in government, Morocco has made little progress in this area. According to Amnesty International’s Corruption Perceptions Index, corruption in Morocco has fallen to the same level it was in 2009 and 2010, i.e., prior to the Arab Spring that brought the Islamists to power. In fact, Morocco dropped eight places in the index between 2014 and 2015, ranking 88th place out of 168 countries.

As agriculture accounts for more than 15 per cent of the Moroccan economy, Prime Minister Benkirane’s government may face even further pressure. Weak growth is expected, following an exceptionally poor cereal harvest in 2015 and a looming drought. Further, the gross domestic product (GDP) is growing by only 3 per cent, down from 5 per cent in 2015, also a result of an expected drop in agricultural output. The central bank forecasts only 2.6 per cent economic growth in 2016.

Many Moroccans criticize the PJD for the lacklustre achievements, unpopular laws and high inflation that have characterized the party’s five years in office.

During his July speech in 2016, King Mohammed VI cautioned Moroccans to “carefully choose their representatives”. For some, the speech was a call to restore discipline to the political arena. For others, it was merely a formality that often precedes election campaigns. It is for this reason that a number of political parties and associations have decided to boycott the election commission. The majority think that the state is not fighting corruption as it should, which drastically weakens people’s belief in elections and increases their willingness to shun political participation as a route to change.

As a result of corruption, people have lost faith in the more than 35 parties that present the same politicians, many of whom have already been accused of corruption and embezzlement or used their positions to amass wealth and enrich their families.

In spite of this, Morocco has made some attempts to fight corruption. Driss Jettou, former prime minister and a man known for his honesty and integrity, oversees a commission that has been tackling corruption in the public services since 2015. A system of strict national auditing has been set up and has already flagged many corruption cases. As a consequence, a number of high-ranking officials have been convicted and sent to jail, such as Khalid Alioua, the ex-director general of CIH (National Housing Bank), and Rafik Haddaoui, former head of the Social Security Office (CNSS). Others, like Karim Zaz, former CEO of the telecommunications provider INWI, have been pursued legally in the private and public sectors. 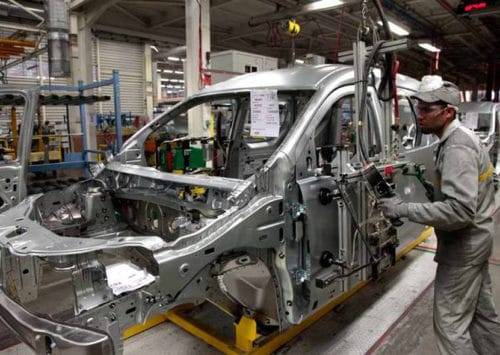