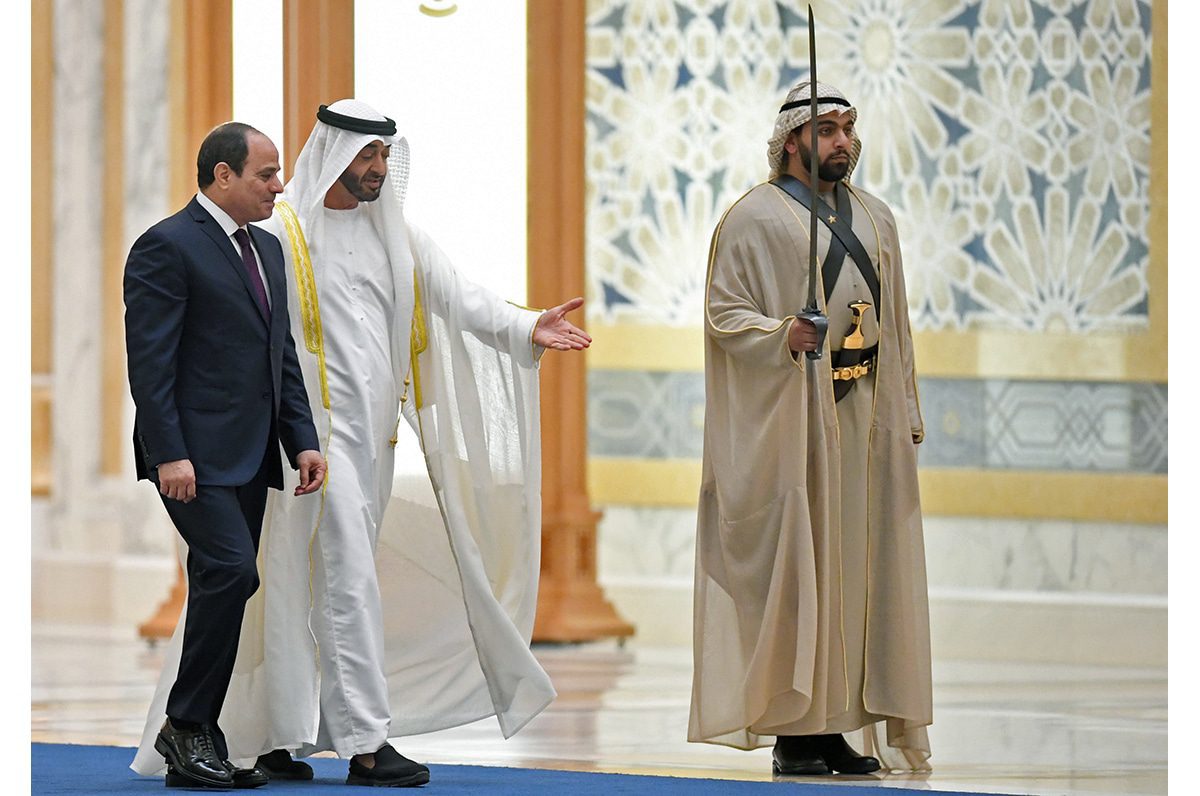 The UAE has been, since independence, a quiet follower of the Arabian Gulf’s regional hegemon, the Kingdom of Saudi Arabia (KSA). It was, for instance, one of three countries in the world to host a Taliban Afghanistan embassy until 2001 (along with KSA and Pakistan). It did, however, distinguish itself from its big brother, by maintaining strong economic ties with Iran, for example, and distancing itself from the Wahhabi doctrine promulgated by the Saudis.

With the coming of the Arab Spring, the UAE was Saudi Arabia’s closest ally in leading the Arab counterrevolution. The Emiratis saw the emergence of political Islam and Arab democracy as direct threats to their existence and so decided to spend billions of dollars to break their momentum. Gradually, however,the Saudi satellite was being transformed into a force of its own. The new, younger generation of the UAE leadership was asserting itself and saw its future as independent of the unsustainable, ageing KSA. The UAE’s rise to the international stage involved political and military interventions abroad and a massive public relations campaign to boost the country’s image.

The UAE policies were in opposition to those of its closest neighbour, Qatar, which considered the Arab Spring revolutions an opportunity to play a bigger role in the region. Qatar, which had been challenging the hegemony of Saudi Arabia since the mid-1990s, grasped the opportunity presented by the popularity of the Muslim Brotherhood and positioned itself as their patron, which gave Qatar a powerful position. The UAE, on the contrary, saw this and the Brotherhood’s advance as threats to its stability, and, along with KSA, took the decision to oppose Qatar’s policies. The two countries thus became bitter enemies—except in Yemen and Syria, where they face the same enemy.

Fearing an ever-strong Iran and following Saudi Arabia, the UAE attached its army to the Peninsula Shield Force that invaded Bahrain in 2011 to stop the Shiite uprising against Sunni rulers, which might, in their eyes, have expanded Iran’s influence. It also followed Saudi Arabia in calling for the removal of President Bashar al-Assad of Syria and supporting rebel groups in the war against his Iran-supported regime. In Syria, the UAE participated in the 2015 US-led coalition against the extremist Islamic State (IS). In fact, although they maintain strong economic ties with Iran, the Emiratis fear its political and military capabilities. Their alignment with Saudi Arabia is therefore a balancing act—the main reason the Gulf Cooperation Council was created in the early 1980s.

The UAE is very present in Egypt, the other regional hegemon whose symbolic stature and powerful army form a potential bulwark against Iran. Egypt is likewise courted by Saudi Arabia and Kuwait. The UAE was among the first countries to recognize General Abdul Fattah al-Sisi’s 2013 putsch, providing him with billions of dollars in cash and offering his regime political support. The 2015 investment conference that Egypt organized in Sharm al-Sheikh was encouraged by the UAE. Military drills involving the two countries are common, and Egypt’s foreign policy is now largely aligned with the UAE’s.

The alliance between the two countries has had repercussions in Libya, where Emirati and Egyptian fighter jets are conducting military operations against Islamist extremists. IS is their prime target, and the troops of General Khalifa Hafter are their “boots on the ground.” Emirati weapons are flowing to Haftar’s army, and the Qatari-Emirati brawl is fuelling Libya’s persistent civil war, with the UAE backing Haftar and Qatar backing his foes, the coalition of Islamists ruling Tripoli and parts of Misrata.

The UAE is directly involved in the Yemen war, conducting frequent strikes and ground incursions. It is supporting Abd Rabbuh Mansur Hadi, Yemen’s cornered president, who is ruling a shrinking territory from Aden, after Shiite Houthi rebels, who, the Gulf states fear, are aligned with Iran, stormed the capital Sanaʿa. In 2015, the UAE Army lost 45 soldiers in Maarib in one day, the most casualties it had ever suffered (because of the UAE’s dictatorial system, however, not a single voice denounced the Emirati adventure abroad). Even so, like a skilled puppet master, the UAE maintained ties with Hadi’s former boss and now enemy Ali Abdullah Saleh, who is allied with Houthis: there may be a future role for the UAE in negotiations.

The UAE has sent its navy to Eritrea. The poor African country previously offered its lands and seas to Iran and even to al-Qaeda but is now switching sides, thanks to petrodollars. The Eritrean port will be used by the Emiratis for the war they are waging in Yemen, alongside their Saudi patrons. This Emirati presence is also a warning to Ethiopia, Eritrea’s bitter rival, which is infuriating Egypt, the UAE’s ally, by controlling the sources of the Nile. Interestingly, Qatar’s emir visited Eritrea a few weeks after the UAE’s announcement.

In November 2015, an Israeli source leaked the story of an Israeli office being established in Abu Dhabi, the capital of the UAE. It was actually a small bureau within the International Renewable Energy Agency headquarters, which recently moved to Abu Dhabi. This was the first Israeli office to open in a Gulf Cooperation Council country since the 1990s, and it is not a random act. Track two meetings between Israeli and Emirati officials are not unheard of, and the two countries share common enemies—Iran, the Muslim Brotherhood, and IS.

The UAE wants to be seen as the model of governance in the Arab world and to be treated as a major player. It is thus gradually moving out from under the Saudi umbrella, plotting its own course. Yet, the country faces a growing number of enemies while spending a lot of money to win allies. It is a risky bet in a volatile region and uncertain times. In the long run, what the UAE has achieved may be a Pyrrhic victory.