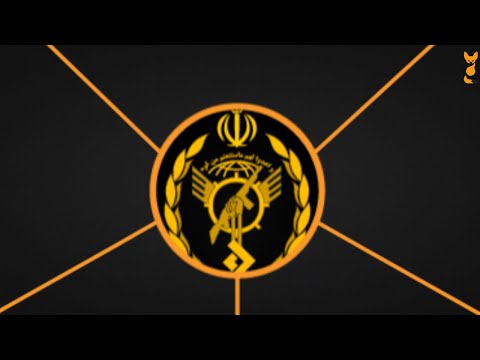 On 7 April 2019, the United States (US) designated Iran’s Islamic Revolutionary Guard Corps (IRGC) as a foreign terrorist organization (FTO), including for the first time in its list of terrorist entities an official institute of a foreign nation.

“With this designation, the Trump administration is recognizing a basic reality,” Secretary of State Mike Pompeo said during remarks to the press. He accused the IRGC of numerous plots and attacks, including the killing of 603 US service members in Iraq, an accusation that Iran’s Foreign Minister Mohammad Javad Zarif described as new and dangerous and made by warmongers. Zarif also described the FTO designation as another “misguided election-eve gift to [Israel’s President Benjamin] Netanyahu” and another “dangerous US misadventure in the region”.

In a reciprocal move, Iran’s parliament designated the US central command as a terrorist entity. Relations between the two countries have become increasingly hostile since early 2018 when President Donald Trump withdrew the US from the 2015 Joint Comprehensive Plant of Action (JCPOA), commonly known as the Iran nuclear deal, and restored unilateral sanctions. The recent designation of the IRGC, and its regional Quds Force, as an FTO is part of US attempts to build its ‘maximum pressure’ campaign against the Iranian regime.

Iran’s response to Washington’s campaign has so far been measured and reactive. Following the FTO designation, it is unclear whether this will change.

The IRGC was founded after Iran’s Islamic Revolution in 1979, on Supreme Leader Ruhollah Khomeini’s order. Its main job was to protect the revolution and its leaders who were targeted for assassination. When the war with Iraq erupted in 1980, the IRGC fought alongside Iran’s regular army, becoming the main fighting force during the eight-year conflict. It has been the target of various US sanctions ever since. Despite this, the IRGC’s economic activities have grown considerably. After the war with Iraq ended, Hashemi Rafsanjani, then president, invited the IRGC to take part in the reconstruction efforts. Although figures are scarce, it is believed that the IRGC runs a good share of Iran’s economy.

The Quds Force, headed by Brigadier General Qassem Soleimani, is well known in the region, both by friends and foes as it is the body responsible for Iran’s ‘resistance’ activities that include supporting regional allies in their fight against common enemies, be it the US occupation of Iraq or the Israeli occupation of Lebanese or Palestinian territories. In recent years, the Quds Force has helped Iraq fight the Islamic State (IS) and Syrian forces battling both the opposition and terrorist organizations. It is the Quds Force and its high-profile commander that have brought so much attention to the IRGC and, in doing so, potentially cemented the FTO designation.

The designation brought the US’ maximum pressure campaign against Iran to a new level. To see where the campaign is headed, one needs to look at the causes of the designation. Although Washington claimed the designation is aimed at confronting the IRGC’s destabilizing activities in the region, many in the US consider it as an unnecessary provocation. Given that the IRGC was already under a huge amount of pressure, including from sanctions, it is hard to see how the FTO designation will curb its regional influence and reach. In other words, the IRGC has successfully furthered Iran’s regional agenda and priorities, and it is expected to continue doing so under the new designation. Accordingly, some argue that the aim of the designation goes beyond Washington’s rhetoric.

For many, the designation is a symbolic and psychological tool against the IRGC and the Iranian government more broadly. Accordingly, it is part of the campaign aimed at forcing Iran into taking an action out of step with its current diplomatic approach toward the international community. Withdrawing from the nuclear deal is one option. Another is targeting US troops in Syria or Iraq. It could also impede the free flow of oil through the strategic Strait of Hormuz.

Any of these actions would result in further tightening of sanctions and targeting of Iran’s economy via a consensus-based policy that would include the US and the European Union. Therefore, it is too early to see the outcome in Iran, although Tehran has already announced withdrawal from parts of their commitments under the JCPOA.

Some also argue that the US is trying to scare trade partners and foreign investors away from Iran. The FTO designation makes any party dealing with the IRGC subject to US criminal law, which could result in a prison sentence of 60 years.

What Iran’s response will be is still a matter of discussion. Iranian officials and military commanders have threatened that closing the Strait of Hormuz is possible. Doing so, however, would cripple the Iranian economy. According to Zarif, the strait is Iran’s lifeline, and it is hard to imagine a scenario in which Iran would respond to US pressure by pulling the plug on its own lifeline.

Other options seem more logical although not necessarily likely. Iran has exhausted its diplomacy trying to save the JCPOA and has the legal basis to withdraw from the deal. Still, every Iranian official knows that this is exactly what Iran hawks in Washington are after: forcing Iran into quitting the deal and then restoring the international consensus against the country and imposing Washington’s demands. The third option is also risky. Targeting US service members would deal a serious blow to Trump’s reputation and ultimately force him to take action – including attacking Iran militarily – to save face.

So what are the feasible alternatives? A year after the US withdrawal from the JCPOA, Tehran is putting pressure on the signatories to fulfill their end of the deal. But everyone knows that it is highly unlikely that this will lead to anything satisfactory for the Iranians. One suggestion was to slow down, rather than stop, the traffic in the Strait of Hormuz. Given that 20 per cent of the world’s oil supply passes through the strait on a daily basis, such a move would affect oil prices and put pressure on the Trump administration although not to the extent that would lead to Iran’s isolation in the international community or to war.

Iran’s other options are restricting the free flow of oil in places like the Red Sea, the Strait of Bab al-Mandab and the Oman Sea. These restrictions could be handled by third parties, allowing Iran to maintain plausible deniability. Iran might also consider cyberattacks against oil and gas infrastructures in Saudi Arabia and the United Arab Emirates. These attacks would be aimed at hurting the US economy as an indirect means of punishing Washington for its bullying tactics.

Will this happen? Iran has made similar threats in the past but never carried them out. The difference this time is that Iran’s own economy is at risk. Retaliation may end up being its only option.