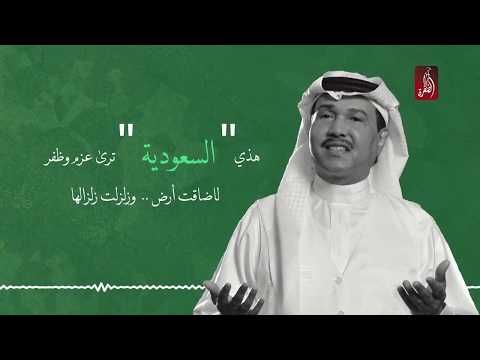 Music and poetry are spearheading the propaganda war between Saudi Arabia and Qatar, adding to the fiasco of the Gulf crisis. On 4 September 2017, the Saudi label Rotana released a song called ‘Teach Qatar [a lesson]’, which ridiculed Doha and glorified Riyadh.

‘Teach Qatar, and those who support Qatar, that our country is patient. But when things become dangerous, by God you will see its men take action,’ the lyrics state.

The song is part of a wider campaign to smear Qatar after members of the Gulf Cooperation Council (GCC) and Egypt cut ties with the tiny emirate in June 2017, ostensibly for ‘supporting terrorist groups’ and colluding with Iran. However, some commentators claim that the real reason for the dispute is to curtail Qatar’s autonomous foreign policy and growing influence in the region.

Nevertheless, seven of the Arab world’s most popular singers featured on the track. Saudi nationals Turki al-Sheikh and Rabeh Sager wrote the lyrics and composed the music respectively. The song was uploaded to YouTube and became an instant hit, attracting nearly 5 million views in five days.

The reaction, as expected, was polarized. Some Twitter users hailed the song for declaring loyalty to the Saudi kingdom. Others criticized the artists for aiding a propaganda campaign against Qatar, arguing that music should not serve political agendas. ‘Despite all these events and problems, art and song need to remain a beacon for peace,’ Kuwaiti electrical engineer Ghaliya Tabtabtai posted on Twitter.

Some listeners even suggested that singers Abdul Majeed Abdulla and Majid al-Mohandes must have been bribed for participating in the song since both have praised Qatar in the past. In 2009, the former performed ‘I Swear I Love You Qatar as Much as the Sky and Sea’. The latter once sang ‘Qatar is My Soul’.

Qatar has since suspended contracts with the artists who featured on the song. Qatari poet Khalil al-Shubrami also crafted a retort that criticizes everyone in Rotana for being unclean. Al-Jazeera broadcast his response the day after ‘Teach Qatar’ was released, but it has not gained anywhere near the same popularity.

This is not the only instance of music or poetry being used as a weapon of war this month. A Saudi court poet recited flowery verses during a televised event to entertain Saudi King Salman and other leaders. Reuters reported that the verses appeared to liken Qatar and its supporters to barking dogs, cawing crows, and a devious fox. The public ridicule upset Qataris, compelling another one of their poets, Ali Mirza Mahmoud, to lash back. ‘Dunk your body in like swine, cover your faces with as much filth as you want. Drag your robe through the mire … you imbecile, bray on about whoever you want, just not Qatar,’ he recited on television.

Poetry has also been used by rulers who have chosen to take a more conciliatory approach to the crisis. On 29 June 2017, Sheikh Mohammed bin Rashid al-Maktoum, prime minister of the United Arab Emirates (UAE) and the ruler of Dubai, uploaded a poem on Instagram urging Qatar to return to the GCC.

‘Now is the time to unite and be of one heart and protect each other without grudges or hatred,’ the poem read. ‘[The GCC] will keep advising Qatar openly in line with the instructions of Prophet Muhammad, who said a wolf only eats sheep that leave the flock.’

Al-Maktoum’s words had little effect. The price of peace appears too costly for Qatar. At the end of June 2017, it was issued 13 demands, most notably to close down al-Jazeera and other state-funded networks that rile rulers across the region for exposing corruption and abuse.

Qatar is also being pressured to stop supporting strands of the Muslim Brotherhood such as Hamas. It was given ten days to agree to the demands, which it refused to do despite being subjected to a blockade by its neighbours.

Now that the war of words has begun, Qatar is receiving little support. The UAE and Bahrain even adopted a law making any expression of sympathy for the country punishable with between five and 15 years in prison.

The censorship is not surprising. In the GCC, those who step out of line can be punished and sometimes killed. In 2012, Qatari poet Muhammad Ibn al-Deeb was sentenced to life in prison for reciting a verse that ‘insulted’ the emir of Qatar and ‘promoted’ the overthrow of the state’s rulers.

The sentence was handed down amid the euphoria of the Arab Spring, which saw GCC members clamp down on dissent, fearing that popular unrest could spell the end of their rule. Al-Deeb was eventually released in 2015 after serving three years in prison.

The same year, Saudi Arabia sentenced Palestinian poet Ashraf Fayadh to death for posting a video online showing the religious police lashing a man in public, according to Fayadh and his supporters. Although the death penalty was later revoked, Fayadh received 800 lashes and was sentenced to eight years in prison.

Several Saudi and Qatari artists are nonetheless rushing to defend their rulers from ridicule. The irony, of course, is that those most loyal risk punishment or death if they push the boundaries of censorship.